How to Build Your Perfect Investment Portfolio 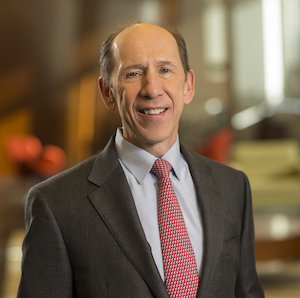 Ken French, Professor of Finance at the Tuck School of Business at Dartmouth College, explains how to build a perfect investment portfolio.

Instead, Professor French encourages investors to make sure their portfolios are designed to meet their financial goals in the most efficient way possible. Remember, efficiency doesn’t mean beating the market. Listen to learn why passive strategies might be best for you.

You really want this to happen, but could it ruin you financially?

Doug examines what living longer means for your financial plan. He recalls a conversation he had with Professor Robert Merton about the economic impact of a long life. What can you do to avoid outliving your money?

Today’s generation is expected to live longer than any generation before it. Doug has put together a summary of his discussion with Professor Merton. Download these notes to get quotes from the interview and three major tips Doug has for longer retirement plans.

Free Download now: You Really Want This to Happen – But it Can Ruin You Financially

Learn more about Professor French at mba.tuck.dartmouth.edu and at the Fama/French Forum.

Watch How to Build Your Perfect Investment Portfolio on YouTube.

Ken French, professor at the Tuck School of Business at Dartmouth, talks about portfolio design as it relates to assets and investing.

Douglas Goldstein: I am very excited to be talking with Ken French, who is the Roth Family Distinguished Professor of Finance, at the Tuck School of Business, at Dartmouth. He’s also a director of Dimensional Fund Advisors, which is based in Austin, Texas.

How to Develop a Perfect Portfolio

Let’s talk about portfolio design, and really try to understand. If someone wants to develop the most perfect portfolio, what should they do?

Douglas Goldstein: What are the differences?

Ken French: What I have in mind when I say “difference” is whether somebody is more risk averse than the market portfolio I have in mind.

Normally, people think what we mean by the market is the stock market. But what I mean is all of the financial assets out there. What I know is, the average dollar invested has to hold that broad market portfolio, and the argument is easy.

There’s no shares laying around in the gutter, there’s no bonds stacked on roadsides that nobody owns.

Douglas Goldstein: Everything’s kind of like a big picture – we’ve got stocks, bonds, real estate, commodities. There’s so much out there. Is that what you mean by everything?

Ken French: That’s exactly what I mean - everything that’s in positive net supply. To be clear, for example, with a future contract, there’s somebody on the other side of it. You can think of it as just a bet. We don’t want those side bets in our market portfolio because they’re just out there, and if I aggregate everybody up - options, swaps, anything, sort of, derivatives where there’s a long and a short - those aren’t there. But with all other financial assets, that’s what I have in mind when I say a market portfolio.

Douglas Goldstein: Is somebody’s supposed to figure out what the overall allocations are in the world, and then make his portfolio look the same way?

Ken French: No, that’s too hard. It’s pretty easy to just say, “Ballpark, here’s a reasonable portfolio.” What it’s doing when I say, “Start with the market, and then figure out how you’re different”, is it leads you a totally different path than if you were saying, “What’s the best mutual fund manager out there?” Or, “Which hedge fund should I try to hire?” It’s a top-down approach, rather than that sort of bottom-up approach.

Which stocks should I buy? Which bonds should I buy? That’s the bottom-up approach, and what I am arguing is, you want exactly the opposite. But almost all investors out there really should be saying, “Boy, that’s a market portfolio. How do I differ from the average investor? Maybe I ought to shift my portfolio in that direction.”

Should You Try to Invest in World Economic Growth?

Douglas Goldstein: It sounds to me like you’re saying you want to simply invest in the growth of the world. You’re saying, “We’re here today. Tomorrow it’s probably going to be better. Let’s just get our money invested, and then I don’t know where it’s going to be, so I can’t hire some manager. Am I able to do that? I just want to go in the direction of the economy of the world.” Is that a fair way to describe what you’re saying?

Ken French: I actually never think of it in my head as buying the economy of the world, but you can if you want. That just presumes that the return’s coming from the growth of the economy. But it could be the economy shrinks this year, but if that shrinkage was anticipated, I should still get a positive return.

Douglas Goldstein: We all know the market goes up and down all the time, and that the whole world market doesn’t look so stellar, so it has to be presumably the model you’re describing. Investment in the whole world’s growth would have to be a long-term portfolio, no?

It’s founded on this notion, a notion that Bill Sharpe wrote a paper about, that was published back in a 1991 financial analyst journal, that the average dollar invested actively has to lose relative to the average dollar invested passively. It just comes down to cost. If I have passive investors holding the market portfolio, the aggregate of everybody else has to be the market portfolio.

It’s that same adding up constraint that I was talking about earlier. If I take my pro rata slice of every asset in the world - what’s left over?

Every asset in the world is in exactly the same proportions that it used to be.

Douglas Goldstein: Ken, you’ve been describing to us this concept of investing, perhaps in the whole world, and looking at the fees, understanding quite clearly that if people are taking money off the top, whether it’s to pay managers or to pay trading costs, that’s obviously going to eat into the return of the investor.

Let’s talk for the next couple of minutes about practically, someone who wants to use this model of investing in the world, who actually has specific goals in mind, like saving for retirement, or saving for a kid’s college education. How can that person translate what you’re saying into a real nuts and bolts investment decision?

Ken French: Basically what you’re saying is okay. I have somebody who might be different from the average investor out there. They’re saving for college, and in that sense they have at least some commitment, with a shorter time horizon than somebody else might have. They might want to adjust their portfolio. Maybe they want to do a latter strategy on bonds that basically delivers the cash flows that they’re going to need when their kid retires. They might be accumulating that over their child’s youth until the kid’s 18 or 20, or whatever.

Then you would do that over a period of years, with a specific eye to saying, “These are the cash flows I am going to need in the future, and let me build that portfolio.” But you wouldn’t be buying bonds out there because you thought they were under-priced.

That’s the key. You’d be buying bonds like that because you had specific cash flows in the future, that you were trying basically hedge today with your investment strategy.

Douglas Goldstein: I normally describe my day job as a financial advisor, so I help my clients determine what their goals are, like sending their kids to college, and then we try to develop an asset allocation model that makes sense.

It sounds to me - and I just want to make sure that what you’re saying is what I say to people also - that you need to understand specifically what your goals are, and then, depending on what they are, take parts of your portfolio, or your whole portfolio, and design it so that it is built to achieve your goals in the most efficient way possible.

Douglas Goldstein: That presumes then that the fear people have because they choose to listen to the media is that things are going badly and I’d better get out because of whatever. There’s always something bad in the news. That’s what the news likes to sell. We all know that the people who invest without the benefit of the news do better than people who actually follow the news. Nonetheless, the average guy in the street reads the average newspaper and is frequently afraid. Then you’re saying, “But invest in the market”, and he goes, “Yes, I would, but we all know the market’s about to go down.” That’s where people really get stuck, don’t you find that?

Ken French: Absolutely. The fact is that somebody thinks we all know the market’s going to go down. So we’ve just got to ask, why isn’t it already in the price? It may be that the market will go down. What I always say is, “I am sure the market is wrong, I just don’t know which way.” A good example of this is when, in the middle of the financial crisis, clients wanted to move out of the market because they just had no idea prices could go down the way they did during the financial crisis.

My view was, okay, if that’s what you want to do, that’s totally fine. If the reason you want to do it is either you’ve learned markets can be more volatile than you expected, or your level of risk aversion is higher than you thought, either way, fine. You were in the wrong portfolio to start with, but now that you’ve made this adjustment, you should plan to hold that portfolio from the hereon out.

Douglas Goldstein: That’s a great point to end at today, with this question, but because we’re out of time, in the last few seconds, just tell us how can people follow you and follow your work?

Ken French: I have a website that people use, because what I do is provide literally hundreds of current series on my website. So if you just Google my name, Ken French, particularly if you say, “Ken French data”, that will show up. Then my co-author, Eugene Fama and I have what we call the Fama/French Forum, which is famafrenchforum.com, in which we sporadically post things which we’re interested in, and things which we’ve written, such as paragraphs, papers, or whatever. Some people might find that interesting.

Douglas Goldstein: Okay, we’ll link that to today’s show notes. Ken French, thanks so much for taking the time.

Ken French: Thank you, Doug. I appreciate it.