How to Plan Your Retirement for a Long Life 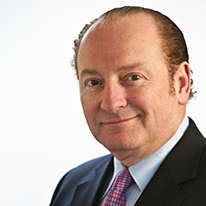 Professor Robert C. Merton, winner of the 1997 Nobel Prize for Economic Sciences and professor of finance at the MIT Sloan School of Management, explains how a longer average lifespan affects retirement planning and what you need to do to plan for your old age today.

Watch How to Plan for a Longer Life on YouTube.

Professor Robert Merton of the MIT Sloan School of Management, won the Nobel Prize for Economic Sciences in 1997. He discusses the changes that need to be made to retirement planning now that people live longer and how countries around the world are handling a growing aging population.

Douglas Goldstein: One of the biggest issues that I see as a financial planner and certainly in the academic journals is the problem that people are living too long. How has this affected the economic decisions that you think people need to be making?

Robert Merton: First of all, the retirement challenge part of what we call the “lifecycle” is a permanent part of our existence. It needed to be addressed 200 years ago, and it will need to be addressed 200 years from now in every place in the world. So it is a very fundamental part of our social economic existence. It is a really big global challenge at the moment, and as mentioned, the fact is that people are living longer, which is a great thing. As one who is well along in years, I appreciate the opportunity to continue to be here for a while, but it does also raise some major economic challenges.

In very simple terms, we help each other out, but at the end of the day our retirement system and the economic system have to balance and it has to be feasible. We cannot produce what is not feasible, and we cannot do what is not feasible. Common sense says the following: On average, each of us has to pay for our own retirement. A simple way to think of it is if you take an educated population in a certain country where they do not really start working until their early 20s. So they will work, depending again on that particular country, for 40 years. Then, when they retire, they must have accumulated enough savings to be able to sustain the lifestyle to which they have become accustomed during the retirement phase. So if in the past we worked for 40 years and retired for 10 years, we worked until we were 65 and we on average lived until we were 75. So then we had to pay for 40 plus 10 or 50 years of consuming from 40 years of work. If you do the arithmetic, that means that you basically have income for 40 years and you get to pay it for 50. So you are going to have to save 25% of your income to cover that on average. That can come from all kinds of sources: Social Security, savings, your house, and so forth, but that is the basic number.

If instead of living 10 years from age 65, we now on average are to live another 20, if we still work for 40 years, we will now have to support 60 years of consumption with 40 years of work. That means we need to pay for the 20 years that we are not working. We have to save 33% or so of our income while we are working, and that is a very high saving rate. People who have been saving according to the old rate or follow retirement systems that project that you would live in my example 10 years should adjust the amount they are saving into those plans because they may end living another 20 years. This puts great pressure on the system because not enough saving was done for that. That is at the heart of the challenge, and then there are many other elements also going on.

Will the Government Provide More Help?

Douglas Goldstein: How should we as a baby boomer generation be seeing that? Are we going to be able to count on the government?

Robert Merton: I can give you an opinion, but it is not a scientific answer. It really is, of course, a government decision as how much they do is largely a political system for which I have no special expertise and forecasting. My own opinion is that most governments are going to try to sustain their obligations for retirement. But what this may mean is that because of the reality the more affluent members of the population will not get as much from the government so that those who are less affluent can be covered.

I think that when you see bankruptcy projections, their projection is based on the status quo, nothing changing. I think that this is at least over a somewhat longer horizon, not next year and the year after, and in any case these systems are not going to go down in that length of time. Behavior is going to change. It is just that we may up the Social Security or up the required contributions to pension plans. To reflect what I said to you before, if you are going to spend a greater fraction of your life in retirement, then you have to save more. So it is reasonable to ask people, to expect people in the system, to save more. People see the rate going up, but it really is a statement that whether it’s Social Security or your own private savings, you are going to have to save more. That means consuming less, and that is because things have changed. The good news, again, is to remind yourself that you are going to live longer.

Douglas Goldstein: There is the baby boomer generation, which is really next in line, and the studies that I read seemed to say that these people statistically and on average are just not properly prepared for retirement. Should they literally be panicking now?

Robert Merton: I do not think they should be panicking because panicking is not generally a very productive approach. But should they be concerned? Absolutely. Should they be adjusting plans or trying to make provision for it? Absolutely. When you say the boomer preparation, again I am more familiar with the U.S. system. I know about some of the other systems. Retirement generally is broken into three sources: government, employer plans, and personal and family savings. Many of the older boomers, at least in the U.S., have employer-funded benefit plans in addition to Social Security and despite the fact that they are under pressure those are likely to continue to pay.

People are Going to Work Longer

If it comes to that kind of system, older boomers who are retiring sooner are probably going to be in reasonably good shape, or not in the worst shape. Those that have more of a retirement, which is further along the line, and they don’t have that kind of retirement system, are going to have to save more. I think the answer is going to be quite frankly that people are going to work after retirement even if they formally retire at 65 or whatever number you picked because they are living longer and also because they are not just living in a sense of breathing, but they are more vital. They are able to continue to work. Many of them are going to work another five years if they do not have health problems. So before anyone changes any official retirement rules, I think you are going to see that as a phenomenon and it is going to be one the things that are going to help later boomers to be able to sustain some kind of a comfortable retirement in the style of life that they had when they were working.

Douglas Goldstein: So the practical solution is that if you do not have enough income coming in, just go back to work.

Robert Merton: Presuming that you can go back to work. Without going off the topic, I think because the boomers have been so big, once they start really retiring we are actually going to see in many countries, and particularly in the United States, an absence of experienced employees. So companies are going to look to their healthy, capable older workers, and even if they formally retire, they will hire them back on the contract basis, let’s say to work 5 years. I think this is going to be feasible for a number of people.

Obviously, people who do not have the opportunity to go back to work or cannot do it because of health issues are going to have to find other means. The third part, I should just mention, is that I have been traveling a great deal around the world talking about retirement, meeting with both governments and private sector proprietors, and so forth. Aging is a recognized big issue, particularly in Asia, as much as in the United States. China is aging even faster, particularly with as a result of its one child policy. Korea is aging even faster than China, and so forth. So I see governments taking this quite seriously and revising and developing their systems. The problem is that it does not happen overnight. You do not build a new retirement system in a year or two and fund it.

So the longer term issue for the later boomers is that they may see changes in the systems that are designed to help them to better accommodate themselves. This is somewhere where you can also bring in new technology, once you make the decision whether it is a country or a private sector company that is going to change your system. That is a big deal, and that is the bad news. The good news is that if you’re going to rebuild it, do it with all the most modern financial technology we have so that we get the most we can out of the assets that are dedicated to retirement. It is even possible that these countries that are rebuilding their systems are using new technology, not unlike what you see happen when you build phone systems now. You do not put up telephone poles and so forth, as we still have in the U.S. You do everything with the modern technologies of digital phones.

I do see that in a number of aging countries in particular. I would like to believe it is happening in the U.S. There is a lot of technology being introduced, but it is really hard to get people excited about it until sometimes they have to see the heights of what they do not have, and then they say, “Now we have a crisis.”

Robert Merton: I have a MIT website, which you can find on Google, or probably just put “Robert C. Merton” and you’ll get to it. I have a personal website www.robertcmerton.com. You can also see some of my more commercial or private actual implementation of these ideas at Dimensional Fund Advisors, which you can get off the internet as well.