Is there a “Right Way” to Diversify Investments? 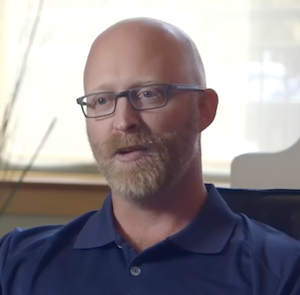 Want to learn about a solid strategy to diversify your investments?

If you don’t want to build a diversified portfolio by yourself, you can work with a money manager. Investors should interview money managers and ask what diversifying strategies they use.

A risk-return analysis is essential in today’s market

Jesse Felder, the creator The Felder Report, expresses concerns about the current bull market. Jesse has a long history on Wall Street and he has seen investment trends come and go. What will happen now?

He points to the expertise of shrewd investors like Warren Buffett to learn a strategy that is evergreen, yet flexible with the market changes. Traditional methods of investment are changing and investors need to be realistic with their investment expectations.

If you’re not already receiving updates on new episodes, sign up now, and as a special bonus, receive Doug’s free ebook The Retirement Planning Book. Also, if you want to learn more about being strategic in your investments, then read Doug’s co-authored book Rich as a King.

Watch Is there a “Right Way” to Diversify Investments? on YouTube.

What’s going on with the market today? Why is there more of a push towards investing in ETFs than using money managers? What rate of return might we see in the next ten years? Jesse Felder, founder of The Felder Report, expounds on this.

Douglas Goldstein: I'm very excited to have on, The Goldstein on Gelt Show, Jesse Felder, who worked with one of Wall Street's largest firms.

He was a co-founder of a multi-billion dollar hedge fund, and he's been managing investments for over 20 years.

He now publishes a report called The Felder Report, at thefelderreport.com.

Jesse, I know you talk a lot about the stock market. You've got a huge amount of background in it. Give me a sense of what's going on in the market today. What should people think when they see this huge amount of movement in the market, and the upside that we saw at the beginning of the year?

What’s Going On In The Market Today?

Jesse Felder: That's a great question. It's a dynamic that we've been watching for a long period of time, throughout the course of this entire bull market.

It’s getting loud right now, which is basically this transition from investors interested in actively managing their investments or allocating their money to active managers, to the push towards passive investing, mainly through the use of ETFs.

This is a trend that's been picking up steam, and over the last several months it's gotten massive. I think this is what's driving the markets more than anything; people making this shift.

We've seen Vanguard taking in a billion dollars a day over the past month. They're on pace to take in almost half a trillion dollars this year, which is pretty amazing.

When that money flows directly into the largest companies in the stock market, it pushes that and takes everything up with it. I think that's exactly what we're watching right now.

Douglas Goldstein: Do you think that's the excitement that people have in the market, and they just want to be in it because they don't like making 0% on bank deposits? Is it that they're moving from active to passive management for some strategic reason?

Jesse Felder: That's a good question. I think people are learning about the fee structure on Wall Street and how it's not designed to make them a ton of money. Passive investing is a wonderful way to reduce your fees. The problem that I see with it is that it's completely price insensitive.

The whole definition of an investment is making sure that your principal is protected and you're going to get a decent rate of return. There is no analysis in that regard in terms of passive investing. I think people in the past would struggle with that - is it a good time to buy and all that stuff, and now the whole passive discipline just disregards that entire framework.

People don't even have to think about that and I think most people believe that if they put their money in the markets, they will be entitled to the historical rates of return that we've seen over the last 30-40 years.

I think that's the process driving the markets right now.

Douglas Goldstein: Interesting. People are looking back, before this bull market, if they're old enough to have been paying attention. They know that there can be some scary times and if they do a risk-return analysis, it's not always obvious that the stock market is the place to be, unless you say, "I'm a long term investor,"

Even then, we always have to disclaim that by saying that the past is no guarantee of future returns. Is the market being driven simply because of this hype or is it still something fundamental, that it's a good idea to be investing?

Is The Market Being Driven By Hype Or Is There Something Else?

Jesse Felder: I don't think the fundamentals support prices today. When you look at the price-to-sales ratio of the median stock in the S&P 500, you’ll see that it has never been nearly as high as it is today.

When you look at market cap weighted indexes on a price-to-sales ratio, something like the market cap to GDP or Warren Buffet's metric, we're almost back to where we were in early 2000.

Price-to-earnings ratios and things for a number of reasons don't show the market being as highly valuable, but they're also less valuable than these other measures.

The Wall Street Journal ran an article this week, or late last week, saying the average wealthy investor expects to earn 8.5% per year on his portfolio, after inflation. That means the stock market probably has to do 12-13% per year over the next decade, and historically, it's done 8% or 9%.

But with the way valuations are today, it's inevitable that returns are going to be much lower than that, probably close to zero or maybe 1% or 2% per year, over the next decade.

I think there's a huge gap in what investors think they're entitled to, what they believe they're going to get by putting money into passive funds today, and what's going to happen over the next ten years.

Douglas Goldstein: You just mentioned the possibility that the next ten years might see a zero rate of return. We're talking about the stock market, not investing in bank deposits. Why would anyone then invest in the market?

Jesse Felder: Because I think it's the biggest mistake people make in the markets, and it's the reason why we get bubbles. It's the natural tendency to extrapolate whatever we've seen over the last five years.

Extrapolate that over the next five years. I think that's what people are doing today.

They don't realize that one of the most important things Warren Buffet or Ben Graham taught investors is that the price you pay determines your rate of return. It's that simple. You pay a high price, you get a low rate of return.

You pay a low price; you get a high rate of return.

Today, investors in U.S. equities are paying one of the highest prices they've ever paid in history. Just by definition, the returns will be some of the lowest that we've ever seen in history going forward from this point.

Douglas Goldstein: It sounds to me like you are not a stock buyer today.

Jesse Felder: Where I do see opportunity in the market is probably more interesting. One thing that most people don't realize is all these index funds are not just market cap weighted. They're adjusted for float.

Companies that have very high insider ownership are ranked much lower than they otherwise would be within the index because they don't have the liquidity to make it possible for the indexes to effectively invest in them.

This is a problem for back tests too. I don't think a lot of investors understand this. If you actually back-tested these float-adjusted indexes, they would back-test a lot differently than a purely market cap weighted index, which I think most people believe they're buying into.

Douglas Goldstein: Could you spell that out a little more? Clarify exactly what you mean by this?

Jesse Felder: In order for index funds to be able to invest in stocks in the amount that they need to, they need a certain amount of liquidity.

Companies have to have a lot of available shares to buy. With companies that have a large insider ownership, they have a lot less liquidity and there's a smaller float of shares in the market.

The index is about ten years. Vanguard and others changed the way they structure their index funds so that they rank these companies with high insider ownership a lot lower than they otherwise would, just based on market cap.

If you think about it, back over the last years, you would have owned a lot less Microsoft because Bill Gates still owned a ton of it. You own a lot less Intel because the insiders owned a lot of that. The index funds have actually changed structurally in this way.

Douglas Goldstein: But don’t the funds just track the index? In other words, if they track the S&P 500-

That's something that I started my career on, watching insider buying, looking for companies where the CFO thinks the stock price is cheap, and starts buying a ton of stock.

I'm seeing a few more of these these days because these companies are structurally being punished by the indexes in this way.

Douglas Goldstein: That is a fascinating explanation. I know, Jesse, that you explain a lot of other ideas on your site, and unfortunately we are just about out of time now. In the last few seconds, how can people follow you and follow your ideas?

Jesse Felder: They can visit my website, which is thefelderreport.com. However, I spend a lot of time sharing stuff on Twitter. It's @jessefelder on Twitter and I usually post three, four, or five different articles a day and stuff I find of interest there.

Douglas Goldstein: Jesse Felder, thanks so much for your time.