Americans in Israel: Watch Out for PFICs 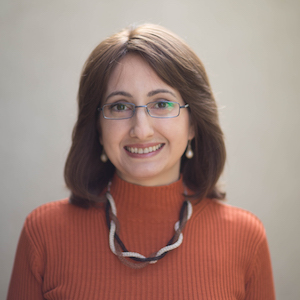 Investors used to be able to buy PFICs (passive foreign investment corporations) investments without a lot of trouble. So what changed?

Yosefa Huber, CPA, helps U.S. citizens living abroad sort out tax issues regarding their U.S. investments. Doug and Yosefa discuss why PFICs cause so much trouble to investors and their accountants. Learn what a PFIC is, and then take a look at your investment portfolio to see if you inadvertently own one.

Should you try to retire early and enjoy life?

Doug has 3 Reasons Not to Retire Early, and they may be more legitimate than you realize.

Watch Americans in Israel: Watch Out for PFICs on YouTube.

Yosefa R. Huber, a U.S. Certified Public Accountant who specializes in taxation and compliance issues of U.S. citizens living overseas, talks about the very important issues involved with a PFIC (passive foreign investment company), a fancy name for what is more commonly known as an offshore mutual fund.

Defining a PFIC and Why It Has Become Problematic for Investors

Douglas Goldstein: I am very excited to have on the Goldstein on Gelt Show Yosefa Huber, a U.S. CPA who specializes in taxation and compliance issues of U.S. citizens who live outside the United States. In fact, she is in Israel, like I am. Yosefa, it’s a real pleasure to have you.

Yosefa Huber: Thank you so much for having me.

Douglas Goldstein: One of the big issues that we talk about a lot here on the show is this issue of what is a PFIC, or a passive foreign investment company. It is generally referred to as an offshore mutual fund, and frankly, I talk to clients about this all the time, and I feel that people sometimes don’t see what the problem is. Tell me, what is it?

That includes mutual funds, hedge funds, insurance products, and can even include start-ups, if the start-up has mostly passive income at the time. That is, if you have a start-up that does not yet have any active income, even if it’s mostly earning back interest and doesn’t have other active income, it can actually be considered a PFIC.

For your purposes, it’s mostly the mutual funds, which is the main thing that I try and tell my clients to watch out for.

Douglas Goldstein: Why is it a problem?

Yosefa Huber: Not that long ago, before 1986, it wasn’t a problem and was a very popular investment. It was totally fine for people to invest outside the U.S., and it was a very common way that people would defer income. But the deferred income is the key. Anytime that you can defer income, the IRS wants to close that loophole. They want you paying taxes on the income as soon as possible.

What used to happen when you had a mutual fund outside the U.S. is you would buy the fund, and you didn’t pay any taxes on it or report it to the IRS until you sold the fund. Then the IRS came along and said, “No, that’s not okay. You can’t do that anymore.”

Therefore, from the IRS’s perspective, that’s the problem. For the consumer, you have problems that could include reporting as well because you might not be getting all the same information to report correctly. You have similar problems with anything outside the U.S.

Douglas Goldstein: Let’s simplify that a little bit. Let’s say a person goes into his local bank, and says, “I want to invest in a fund that tracks the top 100 Israel stocks.” That’s a normal fund that Israelis would buy. Then let’s say he puts 100,000 shekels into it. What’s his accountant going to say to him when he’s got to report this?

Yosefa Huber: First of all, I hope his accountant says something; that’s the first thing. The number one thing is that hopefully he’s using a certified U.S. accountant who understands foreign income. As to what his accountant is going to say, there are a number of things. But to start with, there’s going to be a lot more reporting.

Douglas Goldstein: What’s their accountant going to have to do?

Yosefa Huber: First of all, the accountant has a lot more calculations that they wouldn’t need to make if you had taken that same money and invested it in some sort of U.S.-based brokerage. I am just going to compare it to a U.S. brokerage, which simplifies things quite a bit.

If, for example, you invest in a mutual fund based in the U.S., every single year you’re going to receive a 1099. The 1099 shows your portion of dividends and capital gains that you earned through the mutual fund, even though you don’t actually see the cash.

They’re not asking you for every single thing they buy and sell, if you want to reinvest it. You don’t see the cash, but every single year, they report to the IRS and to you what needs to be reported.

When you have a foreign mutual fund, you don’t get that kind of a statement; you don’t get a 1099. That causes problems for your accountant, and the IRS is going to take a very strict view of that. They’re going to actually tax it in a very punitive way.

Tax Implications for Investments Made Outside the United States

Then, all of a sudden, there’s some sort of punitive tax on them, and they didn’t even know what they were getting into. Yosefa was explaining to us that the problem is, when you have an Israeli investment, for example, the Israeli bank or brokerage firm doesn’t give you the same information that you would normally need in order to fill out your normal IRS tax returns.

As a result, the IRS will tax you much more punitively. Describe what that means. What is the tax going to look like if you actually do end up paying this?

Yosefa Huber: That’s a great question. First of all, again, let’s compare your U.S.-based mutual fund. If you have long-term gains in the U.S., those have a preferred tax. Your tax rate there is 0% to 20%, with 20% being the maximum rate for high earners.

That’s ideal. You can have long-term capital gains on any capital gains, and that’s what you want. A PFIC is the opposite, and really is punitive taxation. They’re taxed at the highest individual tax rate for each year. In previous years, that was 39.6%, and for 2018 through 2025, that’s going to be 37%. So it’s a pretty big difference.

But very often, you’re not getting enough information from the fund to report it every single year. You’re stuck reporting it only when you get rid of it, and you report all the gain. That’s when the second aspect of the punitive tax comes into play, which is interest.

Yosefa Huber: Well, that’s before the tax bill even comes.

Douglas Goldstein: Right. Meaning you would have to have the world’s greatest investment to make up for the IRS. Clearly, it’s not illegal what you’re saying. It just sounds like a really crummy idea to do this kind of investing.

Yosefa Huber: Right. It’s sad because there are people who are not high earners or who do not have complicated investments, and who might not even begin to file tax returns. They’ve been living outside the U.S. for a long time and didn’t realize they need to file. They come to me to help them get caught up, which is one of the main things that I do.

They thought that they were being so responsible by investing their money. Or they went to the bank and the bank said, “Hey, we see you have this money sitting here. Why don’t you invest it with us until you use it.” I hate to be the bearer of bad news, but it’s expensive to report, and there are usually some heavy taxes involved.

Douglas Goldstein: I think the banks don’t necessarily even know what the issue is. Certainly, in the past, they’ve been perfectly happy to take your money and invest it, and it’s really your problem. It’s not their issue because they’re not the ones who are dealing with the taxation. They’re investment advisors, not tax advisors.

But Yosefa, you are a tax advisor, and you’ve covered one problem, but it’s only one aspect of the many issues that Americans overseas have. Unfortunately, we’re just about out of time today. But tell me, in the last few seconds, how can people learn more about you?

Douglas Goldstein: Yosefa Huber, thanks so much for taking the time.

Yosefa Huber: Thank you very much.