How Cross-Border Investors Can Manage Their Money Better 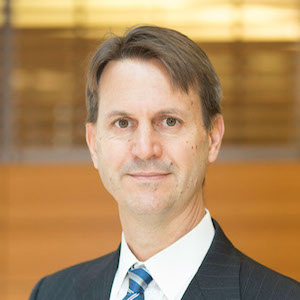 Fortunately, there are financial institutions dedicated to help cross-border investors.

David Kuenzi is the founder of Thun Financial Advisors, an American brokerage firm specializing in cross-border investing. As a Certified Financial Planner David understands the need expats have for cross-border investment advice. David explains why the FBAR is so important for international tax compliance, and suggests looking at your investments as more than just a currency value. Listen for insights as to what cross-border investors should do with their money.

Chess can make you a better investor

During Doug’s time writing Rich as King with Grandmaster Susan Polgar, he noticed some “grandmaster” moves that dovetailed with smart financial planning. Doug has created a one-page resource called Use These 3 Secrets from Chess to Become a Grandmaster of Your Money, download it for free. To learn more about how to use chess strategies to improve your portfolio’s performance, read Rich as a King: How the Wisdom of Chess Can Make You a Grandmaster of Investing.

Free Download: Use These 3 Secrets from Chess to Become a Grandmaster of Your Money

Watch How Cross-Border Investors Can Manage Their Money Better on YouTube.

Douglas Goldstein: I am very excited to have on The Goldstein on Gelt Show David Kuenzi, who, in many ways, is just like me. He is a Certified Financial Planner. He started his own financial planning company called Thun Financial Advisors. He also specializes in cross-border investing, meaning the clients he works for are people who live outside of the United States, but they have U.S. investment accounts.

David, the types of people you talk to, do they also have accounts outside of the United States?

David Kuenzi: Yes, Doug, in general they do. Most of our clients reside outside the United States, and almost all of them will have a majority of their assets held in accounts in the United States. Most of them are Americans.

The FBAR, and Why It’s Important to File It

Douglas Goldstein: One of the topics that I always like to remind people about is the FBAR. Maybe you have another way of telling people. All too often, I’ll tell people, “Did you file an FBAR?” and they go, “Oh, I don’t really think I need to.” What do you say when people tell you that?

David Kuenzi: We oftentimes go into a long story about the history of the FBAR. The FBAR was very widely ignored for a very long time. It’s a very old BAR. It goes back to 1973. But before FATCA, you could generally ignore it and get away with it.

In the age of FATCA (which was passed in 2010 and is now becoming implemented very widely in terms of the IRS being able to use the information to track down holders of foreign assets who are U.S. citizens), you may have to take it very seriously now.

You have to assume that the IRS has transparency on your international accounts. It’s really a big mistake to ignore or not take seriously the FBAR report, formerly called the TD90 and now called the FinCEN 114.

The other thing I’d like to point out is it’s really not that hard of a document to fill out and complete. It doesn’t create a tax. It’s only a disclosure of foreign financial assets. It doesn’t really have to be a huge burden for most people.

Concerns for People Living Outside the U.S. Who Have Investments in the U.S.

Douglas Goldstein: Let’s turn to investing. Let’s talk about Americans who live outside the United States. What would you say are some of the real concerns they have as far as managing their portfolio in the U.S.?

David Kuenzi: There are all kinds of hot-button issues now that come up for Americans abroad. First of all, people are aware of FATCA as a general concept of hiding compliance across borders.

This has led to a whole new emphasis. Americans abroad are aware of it in terms of tax and compliance. People now—where they weren’t, say, 15, 20 years ago—are much more aware that even though they’ve been outside the United States for a long time, they have to continue filing and paying taxes in the U.S. because we have citizenship-based taxation.

People are now taking that much more seriously because, in the age of FATCA, again, the IRS has a lot more transparency than they did before. They have to start taking concern with not just FATCA, but all the things they previously ignored—FBARs, for example, and reporting of so-called passive, foreign investment companies, which is probably the single biggest mistake that we see Americans abroad making.

The other thing that comes up overwhelmingly is the issue of getting your accounts opened. The implications of FATCA really hit hardest at institutions outside the United States (and in the United States) that have cross-border accounts, where someone is living in one country, but the account is in another country.

This has really heightened compliance about all kinds of things with respect to money laundering and securities laws and so forth.

Americans are finding that foreign investment institutions don’t want their investment accounts because they’re worried about reporting from the point of view of FATCA compliance.

Now the American side increasingly does not want to have Americans abroad hold their investment accounts because they’re worried that the dual reporting, implicit in FATCA and other regulatory regimes, is going to raise the issue of whether or not they’re violating securities laws in the other country. That’s the real issue that we’ve seen.

Douglas Goldstein: We actually have many people come to us because they get what we refer to as the “Dear John” letter from their brokerage firms. It says, “Dear John, thank you very much for being a client of ours for 20 years but now you have 60 days to get out because you have a foreign address.”

So, David, one of the issues that a lot of times people talk to me about is, they say, “Well, listen, I live in Israel. Why shouldn’t I put all of my money in Israel in shekels because this is the currency I live in?” I assume you hear that from people around the world. What do you think?

Should an American Living in Israel Put All Their Money in Shekels?

David Kuenzi: Yes, the currency issue comes up, whether it’s Israel, Europe, or Asia. This is a big topic; it’s very nonintuitive to people. But what I say is, with respect to your long-term investments, don’t think about it in terms of currency.

When we buy stocks and bonds and real estate investment trusts and other types of investments we want to hold for our clients, these are not currencies. Currency is cash, as I always say.

Cash—which you hold in a bank account—we all need some cash on hand, right? If you’re in Israel, you should hold a significant amount of cash on hand in shekels because you need it to pay your upcoming expenses.

You’re going to hold in stocks your long-term investments—primarily bonds and real estate investment trusts. Those assets don’t have a direct currency or denomination. Just because you’re holding those through a U.S. account, and just because your U.S. brokerage firm reports its value of assets in dollars at the end of the day, doesn’t make that a dollar investment, right?

Douglas Goldstein: Let’s clarify that a bit more. Let’s say a person comes in and he buys a three-year or five-year corporate bond in the U.S. He puts in his $100,000, buys a bond or a portfolio, and, in the meantime, the dollar goes down against the shekel.

Three years later, he’s actually got less money for spending in Israel. Or you could look at it he’s got the same amount of money in dollars. I like your statement that currency is cash, but it seems that the investments are also based on the currency, no?

David Kuenzi: That’s true. What you pointed out here is the issue of bonds. Bonds do have a currency denomination, unlike stocks, right? When we’re talking about stocks, the generalization that I made before is less accurate.

It is true then for clients of ours, when we invest in bonds—and we will always invest some portion of our clients’ portfolio in bonds—we want to make sure that all of the bonds we hold are not purely U.S. dollar–denominated bonds.

For our clients abroad, we will oftentimes buy non-U.S. issue bonds, bonds that are issued in euros, in yen, or in Swiss francs. I don’t think we’ve ever bought one that’s denominated in shekels, but I am sure it’s possible.

Douglas Goldstein: Yes, and now there’s certainly a very large bond market here as well. But I find one of the things that’s important, that I tell clients, about this question is, at the end of the day, it’s important that you understand the investments that you’re getting involved in.

Even though people may have been living in Israel for 5, 10, 15, or 20 years or more, and even though they understand the language, understanding the financial system here is different from what they’re used to in America.

They’re allowed to keep U.S. investment portfolios, so unless they’re willing to become an expert in whatever is going on in the Israeli markets, it’s a real risk to bring your money to a place where you don’t understand the markets.

I am presuming some of the other countries that you deal with are as complicated, if not more so, as the Israeli markets?

David Kuenzi: Yes, I am sure that’s the case, and that’s excellent advice. The U.S. markets have the biggest pools of liquidity, the lowest fees, and the widest array of investment opportunities. It’s easier, through a U.S. account, to build a globally diversified portfolio of liquid financial assets and to have all kinds of underlying currency exposures, including Israeli and European stocks, than anywhere in the world.

While you’re in Israel, sure, you want to have some exposure to the economy and the currency of the country in which you live. You’re still going to have the majority of your assets diversified all across U.S. and European stocks and emerging markets.

All of those asset classes are going to be much more easily integrated into your portfolio using U.S. accounts. That generally is the kind of direction we guide people toward.

Douglas Goldstein: David, I see we’re just about out of time. In the last few seconds, tell me, how can people follow you?

David Kuenzi: We publish a tremendous amount of very helpful information for people on our website, which is www.thunfinancial.com. There, we make public a lot of the very high-quality research that our team produces here on all kinds of cross-border financial planning and investing issues. Start there to learn more about our firm.

Douglas Goldstein: David Kuenzi, thanks so much for taking the time.

David Kuenzi: Thanks so much for having me, Doug. It’s really been a great opportunity.