Is Algorithmic Trading for You? 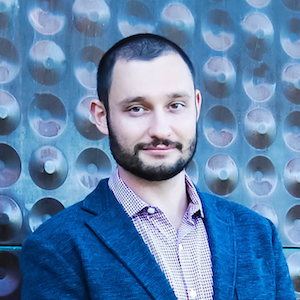 Would you trust a computer to make your stock trades? Well, that’s exactly what algorithmic trading does.

Bert Mouler, founder and CIO of Profluent Capital, develops artificial intelligence that creates an algorithm for optimal trading. Bert explains what algorithmic trading is and how it differs from robo-advisors. He explains why algorithmic trading is efficient, and assures investors that the computer is simply a tool, not the advisor. Is this investment strategy right for you?

Get to know your financial advisor

When a U.S. citizen leaves the country, many American brokerage firms drop them as a client. Being asked to transfer your account out, can be disheartening, but it doesn’t have to be. Doug helps expats in exactly this position, and many of his new clients believe that having an advisor in their new country is actually better than keeping their old advisor who may not be fluent in cross-border issues. Doug has put together a free resource on finding the right advisor in a new country called How to Choose the Right Financial Advisor.

Download free resource: How to Choose the Right Financial Advisor

Douglas Goldstein: I'm very excited to be talking with Bert Mouler who is the head of Profluent Capital. He deals in algorithmic trading.

This is very different from the type of trading and investing I talk about a lot, because I think I talk more with people who are interested in fundamental analysis and finding a good buy. Bert, tell us a little bit what algorithmic trading is all about and why go for that?

What is Algorithmic Trading All About?

Bert Mouler: Essentially, my personal belief, for example, a lot of Daniel Kahneman‘s work, I'm sure you're aware, talks about how humans are fraught with biases and they aren't able to make decisions in the face of uncertainty and random distributions properly.

In fact, their decision-making is worse than random, so there are persistent biases that make people make incorrect decisions and so we, instead, use computers to make those decisions specifically in the investing and trading arena.

I'll tell you a little side story about Kahneman. A few years ago, I worked on a book about how the strategies of chess could be applied to investing, and my co-author, Susan Polgar, is a world chess champion.

We actually spoke to Kahneman about our ideas, and he was very interested specifically in what you said about how the behavioral finance that he studied applied to the chess player.

He ended up reading the first chapter of our book, to give us a review, which we thought was very exciting, but in the end his discussion and his criticism was not about our behavioral finance, but about our chess analysis which was pretty funny because Susan is very good.

He also didn't conclude you need computers to make the decisions. Why do you feel a computer can make a better decision than a person?

Bert Mouler: There are two aspects here. I actually agree, you don't need a computer. You just need to be extremely self-aware. So, I’m not sure that the regular investor is willing to put in the time to get himself personally and intellectually to a place where he can make those decisions objectively himself. That’s the one side.

The other side that is more related to our trading, at the firm, is speed. We have computers running 24 hours a day, 7 days a week making trades. Sometimes with an average holding period of under ten seconds. It is very difficult for a human being to sit there and make thousands of trades a day without making mistakes and without getting tired.

Douglas Goldstein: So you're one of those people that they write articles about. Your goal is to get as close as possible to the exchange because the speed of light slows you down?

Bert Mouler: I don't like to compete on that scale because I don't believe that it is a good use of resources to spend money on speed because someone can always outspend you. So we compete just above that level on smart, at least that is what I like to believe.

Douglas Goldstein: When you write the programs to do whatever sort of training you do, you're actually putting in your own personal biases?

Bert Mouler: You're absolutely correct and that's why we do not write any program ourselves. We use machine learning and artificial intelligence to write the programs.

Douglas Goldstein: That sounds like people who advertise robo-advisors. They talk about that too. Is that the space you’re looking to get into or that you feel you’re in?

What Is the Difference between What Robo-Advisors Do and What You Do?

Bert Mouler: I don't feel like we're in that space. I do feel that pretty much 100% of the people offering robo-advising services are either a little bit confused themselves or are not being 100 percent honest about what they're doing.

There's almost no machine learning in AI and almost anything that is offered to the retailers of our service.

There is a framework that needs to be there that most people in the machine learning space who aren’t in trading lack. You just can’t run a price series through a network and have a trading system.

Douglas Goldstein: Bert, let's get down to some basics. When you talk about using artificial intelligence to make a program that is going to trade your money in literally seconds flat, what is it that you're doing that is going to make this machine actually learn so that if it makes one mistake it won't make it again?

Simplicity of the Algorithms

Bert Mouler: We use a variety of known and unknown (machine learning algorithms) that we built ourselves. But in general it's not the machine learning that does the trading, it's the output algorithm, which in the end needs to be very simple like Ockham’s Razor. The most profitable trading systems that we have are by far the simplest. Something like buy on Tuesday and sell on Wednesday plus a couple of [inaudible 00:06:10] I know that it sounds very simple and very unlikely but go and test it.

Douglas Goldstein: So are you constantly testing theories like this or does your computer system come up with as many different possibilities as it can and then tests them and decides whether it's worth putting money into it?

Bert Mouler: Exactly, except it's not me. It's the computer doing all the work. We choose which assets to run it on just because we have external knowledge. You don’t want to have a portfolio concentrated on bio-tech stocks for example, even if it’s just trading systems. You want to have a diversified portfolio no matter what.

Douglas Goldstein: Interesting. It matters to you what asset class you're trading?

What kinds of assets can be traded?

Bert Mouler: We're asset class agnostic in the sense that we can trade any asset class but we would like to be diversified just because there are systemic risks that are present if you're only trading long U.S stocks then you are exposed. If you are long in the U.S economy you are less likely to make a profit.

Disadvantages of Using a Robo-Advisor

Douglas Goldstein: I want to go back to this talk of robo-advisors because I think that a lot of people see this as an ultimate goal for managing money. They say they accept the fact that regular people shouldn't be trading on their own.

They say that the robo-advisors automatically diversify the tax laws, if you need. They are able to invest in markets or just more broadly than the average person will think of doing.

Why do you think this is not a good idea for just regular people?

Bert Mouler: Trading in general is based on the premise that there are inefficiencies in the markets that can be exploited.

Basically, in a world where there are no inefficiencies, I don't know if that's possible but theoretically, the best thing to do would be to index not to use a robo-advisor. What we're saying is that these inefficiencies are so huge that someone with $100 billion and a very simple strategy can make money off of these inefficiencies for a long time without those inefficiencies ever dissipating unlike my experience or experiences of other traders or people in the business.

In fact, the long-term investor is really looking for long-term growth in the world economy and figures that in ten years, things will be better than they are today.

Douglas Goldstein: But even when you're looking through indexes, there are so many that are out there. Hundreds and thousands. How is an average investor supposed to decide which index to buy?

Bert Mouler: I would go with the more popular one because that's the one that people are going to pick up when things are good. The one’s that most diversified, the one with the highest market cap. Investors tend to care less when they lose together than when they lose and everyone else wins.

Douglas Goldstein: Hopefully everyone is going to be winning and we certainly have won a lot of great ideas by talking to you Bert Mouler. In the last few seconds, tell me, how can people follow you and follow your work?