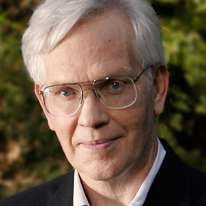 Kurt Cobb, author, journalist, and expert on energy and the environment, returns to Goldstein on Gelt to discuss the energy crisis. Are natural sources of energy, such as thorium and molten salt, effective alternatives to oil?


Watch Will Oil be Replaced in the Future? on YouTube.

Author and energy expert Kurt Cobb discusses alternative energy sources, means of production, benefits, and possible risks. Is it a good idea to invest in the energy sector?

Douglas Goldstein: What are the possibilities of nuclear power, and by nuclear power I mean nuclear power plants in today’s world, and not the scary plants that were used in the 1970s?

Kurt Cobb: I think you’re right to focus on that. What we’ve had, and what’s been built almost throughout the world, are what are called “light water reactors.” These are the ones that can melt down, and these are the ones that are dangerous. This is what we saw at Fukushima, but there are other types. We’ve experimented with them since the 1960s, a whole new breed of reactors called “molten salt reactors,” which simply can’t melt down. They are fail-safe. If something goes wrong, gravity takes care of the problem. You don’t need pumps and so forth. The Chinese are spending a lot of money researching new designs and they could be made modularly. They could also be filled with thorium. There’s probably three times as much as thorium in the Earth’s crust as there is uranium. It’s hard to weaponize thorium in this kind of reactor, but not impossible. You can do it, but it’s hard. So there are a lot of advantages of it. I think the development times are going to be in the decades. So I’m not sure that that’s going to be an immediate response to our energy needs.

Douglas Goldstein: Is that because, as the conspiracy theorists would say, the oil industry is not letting any of this alternative energy get developed?

Douglas Goldstein: How about not doing it in America, where the rules and regulations are sometimes so onerous and government regulation is so stiff? There must be other places like China, and secondly what if it was done in the form of an incentive prize? There are so many great breakthroughs that have happened, from commercial flight space to medical discoveries, based on incentive prizes. This way of doing things is worth hundreds of billions, if not trillions, of dollars. It seems to me that someone in the commercial world should be putting money towards this if the science is so good.

Kurt Cobb: The Chinese, as I said, are pursuing it so the regulatory environment may be a little bit different, but to me that’s the key impediment. The easiest thing for nuclear regulators to say is “no,” and that’s typically what they like to say because they are afraid of new things. So somebody ultimately is going to have to go to a regulator and say “We think this is safe. Here’s why we think it’s safe. Here’s what we’re doing to keep it safe,” and that’s the main thing that would slow it down. There are all these other issues of financing and developing and testing, but I think it might go faster in some other country where the regulatory hurdles on this are not so high. But ultimately everybody in the world regulates things that are nuclear and so that’s why I’m not too sanguine about the timeline on this.

Douglas Goldstein: China is getting a lot of flak from the rest of the world about their pollution and they don’t want to cut down on their use of energy. They are clearly not interested in slowing down. Wouldn’t they be the ones who would say, “We’ll test it and we’ve got the money to put behind it”?

Kurt Cobb: I think that’s what they’re going to do. They’ve already announced that they are going to do it. How fast can they do it? Maybe they’ll surprise us. Maybe in five years or seven years, they’ll be rolling out modular thorium-based molten salt reactors. I’ll be surprised if they do.

What Are Other Viable Alternative Sources of Energy?

Douglas Goldstein: Let’s focus on other alternative energies that might be viable. The biggest source of energy that I see every day is the sun. The people who support solar energy and who give a good pitch when they come to my house and say “Put panels on your roof. PV [photovoltaic energy] is the way of future.” Is it really the way of the future?

Kurt Cobb: I think it is, for a lot of reasons. One, the fuel is free and the technology is advancing so quickly. If you’ve been thinking about putting solar on your roof probably anywhere in the world, if you’ve been thinking about it for more than a few months, you’ve watched prices move down, move down, move down so we’re getting better and better at that. I think the storage issue is the main issue. How can we store the electricity for when we want to use it? How can we store the electricity that we get during the day so we can use it at night when we really want to? I’ve seen designs that could overcome that problem, could make solar-generated thermal energy, not just the heat that we gather, could make it cost effective, and could store it so we could be generating 24 hours a day. So I think that that’s going to come. I don’t know when. This is a design that could be improved in the next 4 or 5 years.

Douglas Goldstein: If that’s true, then why wouldn’t everyone short oil, or short oil after it spikes and then short it?

Kurt Cobb: Because we’re still going to be using oil for a lot of things. Oil is a liquid fuel and we use liquid fuel for transportation so it’s not going to go out of style. I think we’re going to try to electrify the transportation network and I think we should but I don’t think that oil is going to be the big short anytime soon. At some point it might be, but I wouldn’t bet against oil just now.

Douglas Goldstein: Let’s talk about a few of the other kinds of popular alternative energies. One of the more interesting ones is algae - having these huge balloons in the ocean where they just grow algae. Is that a possible future energy source of any scale?

Kurt Cobb: People have been experimenting with this. I wonder about the scale and that’s the issue. You can make fuel from algae. You can make oil that you can ultimately put into a diesel engine. You can make biodiesel. You can make ethanol. All of these things are possible. It’s just partly the question of cost and then the question of scale. How much could you scale this up with algae? It’s really scale when it comes down to it, and when you’re producing biological products, there are a lot of inputs, a lot of care. I’m skeptical about those in the short term. I think that if we’re looking for liquid fuel for transportation, we’re not going to find the holy grail anytime soon for that, and that’s why I’m in favor of electrifying our transportation network because that’s viable strategy. We have electrified part of it and I think we could go much further.

Douglas Goldstein: These other sources of energy are often referred to as “clean energy,” and it makes people feel good. But, are they in fact clean or are there environmental risks to them?

Kurt Cobb: As it turns out, almost all the alternatives that we’ve talked about and that are out there require some more of fossil fuel to either build or service because our whole infrastructure is based on fossil fuels. So what we need to do is get to the point where we can produce windmills. With electricity produced by windmills, we can produce solar panels with electricity produced by solar panels. It’s reasonably small which is why solar is becoming more and more cost effective but it’s not zero. The main issue for me is liquid fuels. I don’t think we’re going to run out of electricity anytime soon. If we can solve the liquid fuel problem either by electrifying the infrastructure, the transportation infrastructure or by figuring out more efficient ways that liquid fuel will work for us, that would go a long to solving our future energy challenges. Nothing on the horizon in liquid fuel looks like it’s going to be a breakthrough right now.

Investing in the Energy Sector

Douglas Goldstein: Imagine over 10 years, let’s say you’re thinking of retiring and you’re looking to take some of your money and invest it into something that’s going to do well. In the energy world, where should someone place his bet today?

Kurt Cobb: Natural gas is going to be a growth area for some time, if you can figure out how to invest in that. You wouldn’t want to invest in just one company because it’s a broad area. The other area is energy efficiency. I think those companies are going to be some of the most exciting ones, the ones who produce devices, who have processes, who have methods that allow people to use a lot less energy. They are the ones who are going to make countries and companies much more competitive because they won’t be so dependent on energy of any kind.

Kurt Cobb: The easiest way is just to look on any search engine. Just put my name in, Kurt Cobb, and my work will come up.