Think Outside the Box with Your IRA 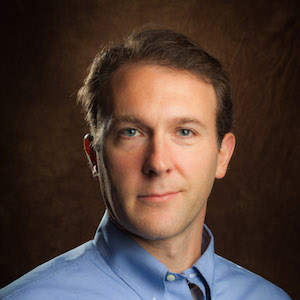 Your IRA (Individual Retirement Account) is a great retirement tool. Are you using it in the most efficient manner?

Kirk Chisholm, Principal of the Innovative Advisory Group, shares some common misconceptions and mistakes people make with their IRA account.

Kirk explains the difference is between a standard account and a self-directed account. He encourages investors to consider the self-directed approach because of its flexibility. He stresses the importance of understanding your investments and knowing your options. Listen now learn how to use an IRA account to its fullest potential.

Are you afraid the market might crash? If so, consider doing this:

Fear plays a part in every investor’s decisions.

Are you letting fear paralyze your investments or are you able to manage your financial anxiety? In 2013, Doug interviewed Nobel Prize winner Gary Becker, and discussed the role fear plays in people’s financial decisions. Doug compiled a summary of the interview along with a list of tips for nervous investors. Click here to download the tips.

Free Download: If You’re Afraid the Market Will Crash, Here’s What to Do

Learn more about Kirk Chisholm at www.innovativewealth.com. He is offering a free resource for Goldstein on Gelt listeners, download: 9 Common Mistakes Made By Self Directed IRA Investors.

Watch Think Outside the Box with your IRA on YouTube.

Kirk Chisholm is a wealth manager and principal at Innovative Advisory Group. His background and areas of focus are portfolio management and investment analysis in both the traditional and alternative investment markets.

Douglas Goldstein: I’m very excited to have on The Goldstein on Gelt Show, Kirk Chisholm, who is a wealth manager. He’s a principal of Innovative Advisory Group and has been in the business for decades.

In fact, Kirk was recently ranked one of the top investment advisors on Investopedia’s list of the most influential financial advisors in the world. I happen to be an Investopedia fan and I use it all the time to teach people about investing.

Who Needs an IRA?

Douglas Goldstein: Kirk, I would like to ask you to teach a little bit about IRAs and why it’s important for people to take charge of managing a self-directed IRA.

Kirk Chisholm: The self-directed version is interesting. I think probably no more than 10% of the population is aware that they can invest outside of the stock market with their retirement account.

Most people think of stocks, bonds, and mutual funds, but the reality is they can invest in other areas like real estate, horses, and private businesses, and it’s important that people use their retirement account to invest in areas that they know well.

If you’re an expert in real estate, you should be focusing on real estate and not on diamond mines or tech companies. But in the long-term goals that the majority of people have, it’s important to save for your retirement.

Retirement is for many people decades away, but there was a recent study that showed that most Americans have a short supply of retirement savings, not even close to what they should have.

Douglas Goldstein: Not even close to what they would spend in half a year. You mentioned about a 401(k). When people leave a company, they’re allowed to roll their 401(k) into an IRA or they’re often allowed to just to leave it at the company. What do you recommend they do?

Take Control of Your 401(k) When You Leave

Obviously, every decision requires some research and insight, so it’s not a blanket statement for everybody. But in most cases, 401(k) plans offer a limited choice of mutual funds. Some of them do offer a self-directed portion where you can invest into other areas, individual stocks or bonds, or what have you.

Douglas Goldstein: I think it’s also ironic that a lot of times, people look at the advertising, which they don’t understand, and if it says a no-load fund, they just presume that everyone who works there is a volunteer, which as a rule of thumb, they should not assume, especially with people on Wall Street. Wall Street is about making money, hopefully for the investors, but obviously for the people on Wall Street.

Invest in Areas You Know Well

Douglas Goldstein: It jives well with what you were saying that you should invest in areas you know well. It makes sense, therefore, I think, to move the money. Once you’re no longer with the company, you don’t want to maintain a connection in the retirement plan, and in an IRA, you can buy anything.

Most people think of the normal stocks, bonds, and mutual kinds of approach, whereas you’re saying there are other choices. To me it seems like a great opportunity to take control of your plan. Do you find it’s difficult for people to see the IRA as part of their overall financial plan, just because that’s not money that they’re going to be touching for decades?

The Buy and Forget Mentality

It was during that period, but a lot of people use buy and hold to mean buy and forget. I think most investors should be focused on their retirement funds, not on a day-to-day perspective, but they should spend a reasonable amount of time researching their investments and paying attention to them.

Due Diligence in Your Investment Plan

Douglas Goldstein: Kirk and I are very similar in many ways in that we not only spend a lot of time talking to people, but a lot of time educating people about investing.

Kirk explained to us the concept of taking control of your retirement money by moving money out of, say, a 401(k) plan and into a self-directed IRA, so you can decide what to do with it.

He also mentioned a critical point for everyone, which is you need to invest in areas that you know well. Don’t get bamboozled by advertising or by friends, or by non-friends who are telling you how to invest.

Professional Help in Planning for Your IRA

Kirk, one of the things you mentioned, which I think is very critical and I want to touch on, is that buy and hold is not the same as buy and forget. All too often, the mistake that I see is that people don’t pay enough attention to their money.

Not that they should be trading actively, but they have got to tune in and see what’s going on. What are some of the mistakes that you see people make with their retirement funds?

Kirk Chisholm: I think that certainly the buy and forget is a big mistake, and not doing enough research is another one.

In many ways, with retirement funds, there are several rules that apply to the self-directed portion that people don’t fully understand. When you’re dealing with retirement accounts, it’s especially important to pay attention and do your due diligence.

Kirk Chisholm: The ACC put out a piece several years ago, about fraud within self-directed IRAs, and one of the points that they made was that fraudsters look for retirement accounts because they know that people aren’t going to be touching their money for years.

Fraudsters can get away with it because they know people are not going to be withdrawing the funds. That is a critical thing to point out that most people overlook, because they think, “Oh, it’s an IRA and I can invest in this, so it must be fine.”

Douglas Goldstein: Even if it’s an illiquid investment, they’ll tell you that often you can buy this property, as it’s not liquid yet. “Not liquid” often means it’s something you don’t want to own. It’s all well and good to say you should do your research and you should make sure you know what’s going on, but you and I have met a client here and there who doesn’t like doing it; it’s just not his thing. What do you suggest to someone in that case?

Professional Help in Planning for Your IRA

Kirk Chisholm: If somebody is not comfortable with investing or due diligence, that’s why professionals like you and I have these professions. People need full-time advisors that have the ability and capability of doing research, due diligence, and looking out for their client’s best interest.

Doing this for a living, I spend an enormous amount of time with the due diligence process and I know that most people out there have no time or just no interest in doing that due diligence. It’s not fun, we do it, but we do not enjoy it. It’s not fun to go through and dot all the I’s and cross all the T’s, but you must.

It’s so essential, yet you’d be surprised at how many legitimate investments just have not done that process. They’ve missed some critical things by complete accident, but they’ve missed them.

I’ll give an example. If you wanted to invest in a piece of real estate, rental property, with your IRA, you can do that. Most people don’t realize but you can.

If you wanted to take a loan from that real estate, you could do that as well, though that does present some other interesting challenges.

The interesting part is, if you get a loan, you cannot be personally tied to that loan; it has to be a complete non-recourse. But even if you’re working with a lender that understands it, many times there’ll still be language in there that puts you as personal recourse, which creates a prohibited transaction.

That will cause an enormous amount of problems for you. It’s those little details that end up being the most important part of the puzzle that most people just assume that someone else is doing it for them.

Douglas Goldstein: That’s why in any transaction, you should work with someone who’s a specialist in that transaction. I’m a financial advisor, but I specialize in people who live outside the United States like in Israel, and they have U.S. brokerage accounts. There are a lot of little facts to know that even great advisors in America may not know because they don’t have clients overseas. On the other hand, if someone wants to work with a self-directed IRA, he will want to talk to a guy like you.

Kirk, unfortunately, we are out of time. Tell me in the last few seconds, how can people work with a guy like you and find out more about what you’re doing?

Kirk Chisholm: Thanks a lot, Doug. We run a registered investment advisors, we are fee only, and we don’t get paid commissions. We are completely transparent, and we’re fiduciaries. The best way that people can reach us is to go to our website, which is innovativewealth.com.

Or if they feel it’s too complicated, which I can’t blame them, they can work with us. We work with a lot of self-directed IRA investors, helping them with retirement investing. We’ve also created a gift for this show.

It’s 9 Common Mistakes Made by Self-Directed IRA Investors, and you can get that at innovativewealth.com/goldsteinpodcast.

Douglas Goldstein: Kirk Chisholm, thanks so much for taking the time.