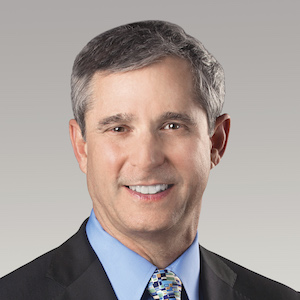 Stretching is not only for the gym… if you have a “Stretch IRA” you can s-t-r-e-t-c-h out the taxes due on your inherited IRA (Individual Retirement Account).

If you pay taxes later, you have more money to invest now!

CPA and Estate Planning Attorney Jim Lange discusses with Doug how to best title and organize inherited IRAs so beneficiaries can defer taxes. Jim stresses the importance of setting up inherited IRAs properly in order to maximize the benefits of these accounts.

Learn two critical mistakes people make when receiving an inherited IRA, and make sure that you prepare your paperwork properly.

Investing for the future means that you’re optimistic

If you ask Doug whether his cup is half full or half empty, he’ll say it’s full of promise for the future. Doug discusses his favorite new technologies (self-driving cars!!! – listen to another interview on the topic), and summarizes how to decide what technology to choose for your long-term money.

If you are optimistic that the economy is growing, look to the future and invest in the economy. If you think the future will be better than things are today, be a long-term investor, and choose to invest with an index fund, mutual fund, or money manager.

Optimism isn’t the only important trait long-term investors need. They also need patience. Listen to the show to learn why!

You can follow at Jim Lange at paytaxeslater.com, where you can get a free download of Jim’s book.

Jim (James) Lange, a CPA and estate planning attorney, expounds on the IRA (Individual Retirement Account). What are some of the mistakes that people make with IRAs?

Douglas Goldstein: I am very excited to have on, The Goldstein on Gelt Show, Jim Lange. He’s got over 30 years’ experience as a CPA and an estate planning attorney.

Jim, one of the things that I deal with a lot is that people get inheritances, and in particular when they live in Israel, and they get an inheritance from someone who lived or lives in America, who had an IRA.

People make huge mistakes sometimes when they get the IRA. Could you tell us some of the mistakes people make when getting this kind of inheritance?

Mistakes People Make When They Get an IRA

That applies while you are working, and after you’re retired, and even after you die or in the case that you’re talking about, when people inherit an IRA.

A much better plan would be to take something called the “minimum required distribution” of the inherited IRA. That’s the government-mandated amount that you must withdraw from an inherited IRA.

You basically have virtually the entire amount left for reinvestment. You can continue that pattern. That is called the “stretch IRA.” We want people to pay income taxes later, even with inherited money.

Douglas Goldstein: People have to realize that the IRA is just a type of account. It’s a vehicle in which people put their money. In that account, you might have stocks or bonds or mutual funds.

Inside the account, you have many different options but the moment you start to pull the money out, that’s when the taxes are due.

Jim, what I think you’re describing with the stretch IRA is a great opportunity for someone to continue benefiting from a tax-deferred status his whole life, if he got that IRA, let’s say, from a parent.

Jim Lange: Yes they could. Even better, is if the beneficiary is very young, perhaps a grandchild, In which case they can stretch or to some extent defer income taxes not for maybe 30 years of life expectancy, but maybe 60 or 70 years.

The idea, and this current law that we’re talking about, the idea that beneficiaries can defer income taxes on the vast majority of the inherited IRA, is one of the critical planning points.

If you run the numbers, the difference between paying taxes now and paying taxes later on, let’s say $1 million over the lifetime of the beneficiary might be $1 million.

That is if you do it right towards the end of the beneficiary’s life, they will have $1 million. If they do it wrong, they will have nothing. This is not an inconsequential decision.

Douglas Goldstein: I think it’s very critical. One of the things I’ll tell you that people in Israel have a problem with is that someone receives an inheritance, let’s say from a parent in America, and the kid lives in Israel.

Then the U.S. brokerage firm, because today they are very strict about having clients with addresses overseas, says, “I’m sorry but we’re not allowed to open an IRA for you. You’ll just have to cash out the whole thing today.” That’s a huge problem.

Maybe it is true that that firm won’t open an IRA for you, but others will. Jim, based on what you’re saying, the value at the end of the day to you could be huge.

It’s worth taking the time to figure out how to open the U.S. IRA even if you live overseas.

Jim Lange: Not only that. Not only does the U.S. representative have to set the account up, and as you mentioned, set up an IRA. However, Jews usually don’t name their children after themselves and have Junior, Second, and Third.

Jim Lange: Right. I usually use Joe Junior, so Joe Senior dies and then leaves his IRA to Joe Junior. Joe Junior goes to a broker, and let’s say he says to the broker, “I inherited money from my dad and I want you to set it up as an inherited IRA.” The broker says, “Okay, the new name of the account is Joe Junior IRA.”

By doing that, the broker’s made a horrendous mistake that violates one of the rules. Now Joe Junior must pay income taxes on the entire inherited IRA within five years of Joe Senior’s death.

What should have happened is the broker should have titled the accounts, inherited IRA of Joe Senior for the benefit of Joe Junior.

That will enable the beneficiary to continue the stretch or the deferred income taxes on the inherited IRA.

How Is the Inherited IRA Applied?

Douglas Goldstein: Is that applied going from a husband to a wife, or only from a parent to a child?

Jim Lange: No. That will apply to any non-spousal heir, and that might be a child, a grandchild, a partner, a cousin, or somebody else.

With a surviving spouse, there’s a bunch of complicated rules, but the simple thing to do is what’s called a “trustee to trustee transfer.” That way the money is transferred from, let’s say, the deceased husband’s name to the name of the spouse.

There you have a different set of rules, because in that case, the surviving spouse will not have to take any minimum required distributions until he or she is 70.

The spousal beneficiary is treated pretty much like the IRA of the original owner. That is, there is no minimum required distribution till 70.

Then at 70, minimum required distributions kick in. Of course, that has to be done right also, but that is routinely done correctly, whereas the stretch IRA for the non-spouse is routinely botched.

Douglas Goldstein: I think that the takeaway for this is that if you are in the situation and you don’t remember all the details that Jim has been talking to us about, make sure you work with someone who has experience in this.

Double check, because once you mess it up, it’s not like you can go back three years later and say, “I forgot and I coded it wrong. Could you fix it?” Because once it’s set up, Jim, that’s it?

Jim Lange: The problem, of course, is you are exposing yourself to the IRS. The IRS, if you think about it with the new $10.8 million exclusion available to husband and wife for federal estate tax, and the government are needing as much money as they can get.

Douglas Goldstein: Jim, I want to step away from the IRA question for a moment. Because it overlaps with an area that a lot of people talk about. They say, “Who needs all this complication with an IRA? Why don’t I just take the money and put it into an annuity because there it’s tax free, right?”

Is that a recommendation that you give to people?

Jim Lange: I’d better watch myself because I’m not a big fan of the traditional commercial annuities, as they tend to have very high fees.

They tend to not be all that tax favorable as you might think. Let’s say you go out and buy an annuity for $100,000. Indeed, it is true that the growth on that annuity will grow tax deferred.

When you take the money out, you have to take it out first on a taxable basis, meaning that you’ll end paying up taxes on the growth. Then when you die with the annuity, all the growth on the annuity is taxable.

My biggest objection, probably, is that I believe that, and against people who have different ideas. I like well-diversified portfolios, where you’re investing in businesses, index funds, or mutual funds.

I tend to not be a huge fan of the traditional commercial annuities.

An Annuity Is Not a Replacement for an IRA

Douglas Goldstein: I don’t think it’s a replacement at all for an IRA. It’s certainly not something that should be put or bought inside of an IRA. Would you agree with that?

Jim Lange: I would agree with that. I think one of the advantages of an annuity is at least the growth is tax deferred.

In an IRA, your investment is tax deferred anyway. I think the only time people end up buying an annuity in the IRA is when the broker wants to sell the annuity because, frankly, he makes a pretty nice commission on it and the client doesn’t have money outside the IRA.

Let’s say your client has $1 million in his IRA and nothing else, and the broker wants to sell a $100,000 annuity, where the only source of money to pay for the annuity is inside the IRA.

Even though it might not be favorable for the client, that’s often what is sold.

Douglas Goldstein: Unfortunately, I’ve seen that happen too. It’s something people have to watch out for. Jim, we’re out of time today. In the last few seconds, tell us how can people follow you and follow your work?

Jim Lange: If people go to my website, which is www.paytaxeslater.com, they will find a lot of resources, including a book on IRAs and retirement plans.

Douglas Goldstein: Jim Lange, thanks so much for taking the time.