How to Leverage Cash Flow during Retirement 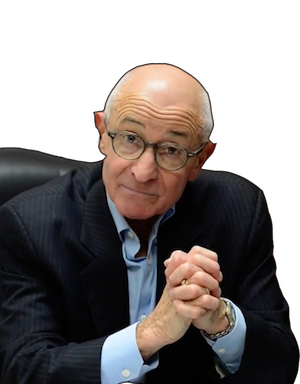 Retirement planner Nahum Daniels, CFP®, discusses with Doug how retirees can maintain a steady cash flow in retirement without receiving a paycheck.

Nahum and Doug compare and contrast the benefits of fixed annuities, index funds, passive investing and bonds. Is one investment vehicle better than the others?

Are bonds appropriate for retirees?

Many retirees have a large percentage of bonds in their retirement portfolio. However, the risk of inflation can lower the real value of your fixed income (bond) returns.

So what is a retiree to do?

Consider a bond investment strategy that may improve your returns: bond laddering

To learn more about Nahum Daniels, visit his website.

Watch How to Leverage Cash Flow during Retirement on YouTube.

“The first thing we need to do is to sit down and take an inventory; a rational inventory of the retirees’ resources and their planning intentions”, says upcoming author, Nahum Daniels, CFP®. He also shares his opinion that retirees should build a retirement portfolio around a core consisting of a fixed index annuity.

Douglas Goldstein: I’m excited to have on, The Goldstein on Gelt Show, Nahum Daniels.

He is a Certified Financial PlannerTM and also specializes in retirement income for people who are in their golden years.

He’s a retirement income certified professional. He has an upcoming book, not yet available but you’ve heard it here first, called Retiring Into Uncertainty.

I know that when people retire, they are always uncertain because here they were for decades getting a paycheck, and all of sudden there is a level of uncertainty.

How do you make people calm down about the fact that they are now going to have to rely on their savings and pension as opposed to their income?

How to Be Mentally Prepared for Retirement

The first thing we need to do is to sit down and take an inventory; a rational inventory of their resources and their planning intentions.

Most important, we have to look hard at their nest egg. Because in the end, today and going forward, retirement will very much depend on the success of the nest egg providing as much income as possible, for as long as possible.

Douglas Goldstein: That’s the problem right? That’s the spin these days, because a lot of people who were beginning to think about retirement, 10, 15, 20, 30 years ago, had money in the bank, earning five, six, or seven percent.

They did their calculations assuming safe money could yield that. Today, it’s just not happening. Then guys, like you and me, say, “Well, we’ve got to build the plan.” They say, “Yes, but my plan was to put the money in the bank,” and then it’s a big surprise.

Nahum Daniels: Absolutely. That is the essential problem that modern retirees face. This is something we refer to as “financial repression.”

It’s a problem caused by overextended governments and compliant central banks, that we have this huge overhang of debt here in the United States and around the world.

Central banks have driven the rate of return on money, to what Bill Gross refers to as the “euro bound,” which is very professional sounding but it means we can’t make any money on safe money in the bank.

What are we supposed to do? That is the essential problem.

Douglas Goldstein: I would say it’s the $64,000 question, because that’s what most people are hoping to get from their savings.

Douglas Goldstein: The politics aside, I agree with you about the government and spending and low interest rates.

They can’t raise interest rates because then the government couldn’t afford to pay the debt. I’m with you 100% on that. We could spend hours talking about the politics. Tachlis, what do you do?

Nahum Daniels: My tachlis is very simple. I’ve studied this now going on 30 years, and especially the last 15. Doug, it is my view that a retiree should build a retirement portfolio around a core consisting of a fixed index annuity. That guarantees principal and lifetime payouts.

It also offers growth potential that is linked to equities and bonds, but is not subject to the potentially crushing losses that a reversal in market can create.

Most retirees cannot afford to lose money. Therefore, we need fundamentally safe principal. Then we have to figure out how to re-earn as much as possible, in deferral on that principal.

How can we utilize the risk pull to leverage our retirement cash flows?

The truth is, the insurance approach to asset management asset liability matching is the most effective, in my view, approach for the core of the retirement portfolio.

Once we have enough in the core, we might take on other methods of investing with more risk.

Douglas Goldstein: Nahum has been talking to us a little bit about one idea, which is to use an annuity, a specific type of annuity, as the core of the portfolio.

Nahum, a lot of people here have put their money into index funds. It is said: “Go be a passive investor, low fee. That’s the way you are going to succeed.” What’s your take on that?

Nahum Daniels: It’s very dangerous. Passive investing works very efficiently low cost, when markets are moving up. Understand that in becoming all there is today, there are trillions of dollars pouring into these passive funds.

When it hits the fan and markets collect - markets always collect eventually - we don’t know when, but eventually, it’s overdue. Then the rush to the exits could cause a severe crisis.

That is to say, everybody wants to sell and nobody wants to buy. We can see a rapid collapse in prices, both for stocks and bonds, which would undermine the tradition of balance portfolio approach.

These are very risky times. I’m not comfortable with an approach to these markets that doesn’t provide some downside protection.

Douglas Goldstein: Let’s go to what you just mentioned a moment ago, which is to use bonds.

Traditionally, a lot of retirees have used bonds in their portfolios; bonds in CDs. Even with the rates relatively low as they are today, people can often develop an income strategy that utilizes both interest income as well as principal.

As long as they do it on a scheduled fashion over time, is that still a tool that retirees should be looking at?

Should Retirees Include Bonds in Their Portfolios?

Nahum Daniels: Yes, it is one alternative approach. However, interest rates have been artificially crushed since 2008, 2009, by central banks all around. At some point, when governments reach their maximum, a crisis should cause a jump in those rates.

The Federal Reserve is talking about it now, and saying that there’ll be two more rate increases this year alone.

Then, generally speaking, the trend will be a return to normality. If we return to five or six percent interest rates, which was the normal before the new normal since 2008, the governments would be bankrupted because the interest extends on their trillions and trillions of debt. Nevertheless, the Federal Reserve is talking about raising those rates.

When those rates go up, bond values can go down, and go down hard and fast. In normal times a naked bond strategy, if you will, would have been more conservative than a naked stock strategy; an equity strategy.

Today, given our abnormal circumstances, even a bond strategy proposed introduces a very high level of risk for retirees. It’s retirees that we are focused on here in my office.

Douglas Goldstein: That is true. That’s what many of us are dealing with, and it’s certainly something that we are worried about.

Nahum, we’ve covered annuities, index, and passive investing, as well as bonds. Unfortunately, we are just about out of time today.

In the last few seconds, can you tell me how can people learn more about you, about your work and also about your upcoming book?

Nahum Daniels: My website is www.nahumdaniels.com. You can learn quite a bit about my approach and my philosophy from that website.

When the book gets close to publication, of course, which I hope to be this summer God willing, there’ll be much more information about the book as well.

Douglas Goldstein: Nahum Daniels, thanks so much for taking the time.

Nahum Daniels: My pleasure and an honor. Thank you.