How “White Coat Investors” Should Manage Their Money 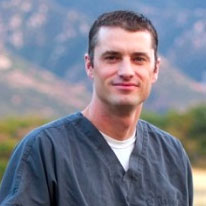 Many people believe that the typical “white coat investor,” i.e. a doctor, surgeon, or dentist, must be wealthy due to the relatively high salary medical professionals earn.

Dr. Jim Dahle, author of The White Coat Investor: A Doctor’s Guide to Personal Finance, explains why this is not always the case. Many professionals are not financially astute, and they have no idea how to manage their money or prepare for retirement. Dr. Dahle discusses how to manage the financial jump from living on a low-income to becoming a high-salaried professional.

If you live a long life, will you run out of money?

Many retirees’ biggest worry is that they will outlive their savings. Douglas Goldstein, CFP®, director of Profile Investment Services Ltd., shares tactics for preparing financially for a long life, so that you will always be able to pay your bills.


Watch How “White Coat Investors” Should Manage Their Money on YouTube.

Douglas Goldstein interviews Jim Dahle, a board-certified physician and author. He is also the founder of the website called, “The White Coat Investor.” Is it true that doctors are some of the worst investors out there? And what do Jim's words of advice ‘Live like a resident' really mean?

Douglas Goldstein: I'm very excited to be talking to Dr. Jim Dahle. He is a full-time, board-certified, emergency physician. He's also an author and has a website called The White Coat Investor. Jim, it's a real pleasure to have you.

Jim Dahle: Thanks. It's great to be here.

Douglas Goldstein: Your book is The Doctor's Guide to Personal Finance and Investing. Is this just for doctors?

Jim Dahle: The truth is 95% of personal finance and investing applies to everybody. There's very little of it that is actually physician-specific, but I do try to hone in on that, as well as focus on teaching the other 5% of physicians and other high income professionals.

Douglas Goldstein: I remember when I was working on Wall Street, everyone always said, "You should go for the doctors because they have all the money." The interesting thing was that they had a lot of opinions about how to invest. Between you and me, they weren't always very good opinions. Has that been your experience as well?

Are Doctors Really That Terrible With Money?

Jim Dahle: Doctors are terrible with money. Everyone dances around it, but we're awful. Not just the average, but the vast majority. I'm not sure why that is, whether it's the fact that we don't get any personal finance or training in our medical school and residency. Maybe it's because we're just not interested in it, or we're arrogant, or we're too trusting of other professionals. I think a lot of it is just the big jump from not making anything to making a bunch and not really understanding business very well. I think those are probably the main issues.

Douglas Goldstein: Is it a myth that high-income professionals like doctors, dentists, and lawyers always know how to manage their money?

Jim Dahle: I would say that's a terrible myth. We're worse than the average person. We believe that because we have a high income, we can spend our money willy-nilly and still be okay. The truth of the matter is you can get into some serious trouble if you don't watch your finances, especially in the first few years out of training.

Douglas Goldstein: I guess it's because doctors are so busy. They're residents for 1,000 hours a week, and then they're interns, and full time; they just don't have the time to manage their money. Is that a good excuse?

Jim Dahle: It's a lousy excuse. The truth of the matter is, if you actually divide out the cost of somebody else managing your money, the hourly rate of doing it is probably more than you're earning; even as a highly paid surgeon. It's not a very good excuse. Doctors are busy, but they're not too busy. I'd like to see them spend a little more time on the finances. It's probably more of an interest problem than a time problem.

Douglas Goldstein: What I've discovered is that, a lot of doctors want to buy shares of stock in a pharmaceutical company. Does that make sense to buy what you know?

Jim Dahle: It doesn't. It doesn't really make sense to have a large position in any one company. I think those who have done much reading or studying on investing have learned the value of diversification. But even simple concepts like that don't get taught to doctors in their training. They might think that owning the shares of one or two companies is smart investing, whereas that's just bringing on uncompensated risk into your portfolio.

Douglas Goldstein: I'm a big fan of diversification. I recently spent a lot of time dealing with healthcare issues, and one of the things I noticed is that Baxter, their name was on everything. Shouldn't a doctor then say, "I open packages every day, 100 times a day, from this one company. Shouldn't I buy that stock?" Wouldn't that be a reasonable way to choose an investment?

Jim Dahle: They may have the insight into the company and into the product, but when it really comes to valuing the company, like somebody who works on Wall Street would be taught to do, they haven't been taught to do that. I think they almost run into a little bit of arrogance and assume that because they're implanting devices from this company, they know how that company runs as a business. That's not necessarily true. I think we probably get into an overconfidence problem investing in what we know. I generally recommend that doctors diversify very broadly. If they're going to make a bet on a single company, they should keep it to less than 5% of their portfolios.

Douglas Goldstein: Why are doctors bad at handling finances?

Jim Dahle: I think a part of it is, you assume that because you are really good at one thing, you are really good at other things. The truth of the matter is that personal finance and investing is a very different field from emergency medicine, general surgery, or nephrology. You can't assume that just because you know everything about nephrology, you know anything about investing. You have to take the time to spend some time learning and put some effort into realizing how the business world works.

Douglas Goldstein: A lot of the doctors that I know have managers who run their business and they are not involved in that. Their ultimate goal is, if they are surgeons, they just want focus on surgery. Apart from not having the skill, they don't have the interest. Is it reasonable for them to outsource the work?

Jim Dahle: It is reasonable for them to do so. The interest, though, is really important because there's a certain amount of knowledge you have to gain. I don't think it's the same amount of knowledge you need to be able to practice pulmonology or nephrology, but there is a certain amount of knowledge that must be mastered. You also need to have the discipline to not only save an adequate percentage of your money, but also maintain your investing plan for decades. If you don't have that interest, you're unlikely to acquire that knowledge or that discipline and be successful. If that's the case, it's worth paying what turns out to be rather high fees to a professional to manage your money for you.

Douglas Goldstein: One of the things that I have found, as a financial advisor for many years, is that the people who do better are the people who are able to discipline themselves in terms of their budgeting, their savings, in terms of their charity, and in the way that they manage their investments too. Do doctors have a little stronger sense of discipline than other parts of the population?

Jim Dahle: Absolutely. Doctors are experts in delayed gratification. They basically go throughout their 20s and the first half of their 30s without making any money at all. The problem is that some doctors, when they are barely out of residency, purchase a $1.5 million house with nothing down. I think sometimes that discipline breaks down right as they start hitting the paychecks. However, that's the time to be focused on your finances and really get it right. Too many doctors just blow those first few years.

Douglas Goldstein: What would you suggest to them as they are just getting started?

Jim Dahle: I give them four words of advice. Live like a resident. A typical resident makes about $50,000 a year, which is about the average American household income. A typical attending physician might be making $200 or $250 or $300,000. The problem doctors have is managing that jump from a resident income to an attending income. They grow right into it or grow past it, but if they will just continue the same lifestyle they had as a resident for just a couple more years they can pay off all their student loans, or save up a down payment for their dream home, or catch up to their college roommates as far as retirement savings goes. But discipline, in the first few years, is key.

Douglas Goldstein: It must be tempting for many doctors because of the first big check that they get. Usually that's four times larger than they got in the last year.

Jim Dahle: In fact, I advocate that they do spend a little bit of the money. They can give themselves a 50% raise, which would be huge in any other industry. They will still have enough to carve out to build wealth. The problem is when they give themselves a 400% raise. You're just not going to be able to pay off your loans in a timely manner and really start building your wealth the way you'd like to if you allow your spending to grow that quickly.

Douglas Goldstein: I think this model of “live like a resident” is something that could apply to people who aren't doctors as well. A lot of times, someone gets an inheritance and all of a sudden he says, "Well, I've got a million dollars," and right away he spends it. It's the same problem that people have when they win a lottery. I guess if you could just tell people, just for a little longer, maintain your lifestyle, you'll be in a better situation.

Jim Dahle: That's exactly right. In a lot of ways, doctors have a lot in common with entertainers and professional athletes, in that their high income is due to a particular skill or talent they have rather their business acumen. By the time a small business owner is making a doctor-like income, he's had years of experience in the business world, but the doctor doesn't have that.

Jim Dahle: The best way is to come to the website at whitecoatinvestor.com or if you prefer to read a book, the book, The White Coat Investor: A Doctor's Guide To Personal Finance and Investing, can be found at Amazon or anywhere else you would buy either print or electronic books.