What’s the Best Way to Deal With Market Volatility? 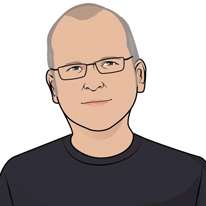 Financial advisor Joe Saul-Sehy returns to The Goldstein on Gelt Show to talk about what to expect as financial markets react to the upcoming U.S. elections.

Roger Whitney, “The Retirement Answer Man,” joins host Douglas Goldstein, director of Profile Investment Services, Ltd., to discuss the most common financial mistakes that people make. Learn the best way to work with your spouse to jointly manage your finances and other important money issues.


Watch What's the Best Way to Deal With Market Volitality on YouTube.

Douglas Goldstein interviews Joe Saul-Sehy, co-host of the Stacking Benjamins podcast. Election time can be a period of great anxiety for investors. How do you train yourself to remain calm when dramatic events are taking place? Read on.

Douglas Goldstein: I'm very happy to have on The Goldstein On Gelt Show, Joe Saul-Sehy, who is not only the co-host of the very, popular Stacking Benjamins podcast, but is also on the Money Tree podcast with me - a fantastic weekly show where we have neat interviews and great discussions. He's also a former financial advisor. Joe, how are you doing?

Douglas Goldstein:  Why did you leave the industry as a financial advisor?

Joe Saul-Sehy: I liked being a financial advisor, but I had this mentor who was in the business, and one day we just got this email from him saying that he was leaving. I was surprised because in the financial industry, especially with bigger firms, you don't tell people you're leaving. You take the client files and you go someplace else at midnight.

But instead of that, he was giving notice. He said, "I'm not going to be a financial advisor anymore. I'm not going to be in this business. I'm young enough, and there are other things that I want to do and I want to go explore." It was really powerful. He actually said, "I have other mountains I want to climb," which was the exact phrase, and he went and climbed Mt. Everest twice.

I realized that I owned this financial business, because mine was a franchise of a bigger business. I owned it and I could sell it. I could do the things that I really wanted to do, so I thought I was going to go back to school and become a teacher at age 40. While I was taking teaching classes, I started helping my friends with some of their public relations stuff. I wrote scripts for my friends that were financial people on television. I wrote their newsletters to clients and I had more and more fun, and before I knew it, Stacking Benjamins was born and being a teacher was on the back burner.

Douglas Goldstein: I want to talk about politics a little bit today. Recently, the United Kingdom voted to quit the European Union. A lot of people don't even know what I mean when I say that, but the European Union has actually been around for decades and Britain decided to just up and leave. They had a big referendum.

As soon as the vote came out, the markets in the world crashed and everyone got all upset. The British pound crashed too. What do you tell investors when something like this happens? What do you tell people to do when dramatic events like that occur?

What Should Investors Do When Dramatic Events Occur?

Joe Saul-Sehy: It’s funny because people's gut reaction to an event like that is completely different to what my gut reaction is now. It's just because I trained myself over a number of years and what that training was, was whatever my initial gut reaction is, to look at the next domino. To think if this is going one way, what's going to happen next?

If the market's going to fall, one of two things is going to happen. Either it's going to continue to fall, and things are going to get so bad that nobody has any money. Or, and much more likely - and what's happened all along throughout history - is the market rebounds. If that's the case, there's only one or two things that I want to do. Number one, do nothing, because a time of volatility is a time when the market, which is usually pretty unpredictable anyway, is even more unpredictable. If there's lots of volatility, I don't want to be trading at a time when I don't have any clear indicators. If I do trade, I want to be moving in, not out.

Douglas Goldstein:  This is a classic case of much, much easier said than done. As you remember, this isn't just one time. In 2008, when the economy was really crappy, how could someone see the light at the end of the tunnel when it looked so bad? How do you train yourself to do that?

How Do Investors Train Themselves To Remain Positive, No Matter What?

Joe Saul-Sehy: I can even point to the year 2000, which is an even better story, when the market went down for a long time. Because I remember midway through and even at the end of the year 2000, talking about how this too shall pass. It didn't pass quickly, though. I remember that at the end of 2001, I was telling people to hang in there. They told me that I had said the exact thing a year before. And then in 2002, it was still going down. I remember we were on a family vacation in 2002, and it went down even further.

The bad news is that you don't know the future. I think the powerful thing is to remind yourself about the basics of economics. What you're really buying is companies, and at the end of the day, if companies continue to make money, the stock price over long periods of time will reflect the value of those companies.

We might have a year or two where the market just keeps going down, but at some point those companies have to continue to pay their workers. If they pay their workers and if they make a profit for the owner, that stock's going to be profitable, which means it's going to go up. Can we have a protracted downturn? Sure we can. But if we go back into economics 101, I just need to keep buying that if I believe that companies are going to continue to be profitable.

Maintaining Your Portfolio During Election Frenzy

Joe Saul-Sehy: Two things. Number One is that whenever there is an event where we know that we won't know the outcome until a particular day, we know that markets are going to be volatile around that. What we don't know is how economic policy is going to change after that event. We also know, looking at history, that unbelievably, because people actually think the opposite, financial markets have actually historically done a little better with Democrats in office than they have with Republicans.

But I still think that's all kind of irrelevant over the short run. Economic policy, whatever it is, will take some time to change and over that longer time frame, we'll able to have a much clearer view. We should expect the markets to be a little more volatile around election time.

In conclusion, people should realize that, historically we have a lot of volatility but over the long period of time, it doesn’t matter that much. You can certainly make a case that economic policies matter, but those are longer things. I think we're seeing Janet Yellen not moving on interest rates. That's been a long, protracted thing that's happened. It's not day-to-day volatility

Douglas Goldstein: Let's take a scenario because you were the first one to say Democrats in here. Let's go for the model where Hillary or the Democrats win and puts them into office. Let's say they go with Bernie Sanders, where they take a lot of money away from the rich and give it to the poor.

As a free market capitalist, I see that as a potential fundamental flaw in the economy. When you're talking about being positive over the long term and looking at growing earnings, if companies are giving their earnings away or taxed to death, it makes me nervous. I think it's a legitimate feeling to be concerned about. Sometimes the market goes down for decades.

Joe Saul-Sehy: But look at these two candidates. Between Mr. Trump and Mrs. Clinton, neither one of them are free market capitalists. The difference between these two candidates, when you try to look at what their policy might be, isn't as big as it was between President Obama and Governor Romney was. You definitely had a different thought process between the two of those guys. But Mr. Trump definitely is not a free market capitalist. He's said that.

Douglas Goldstein: I guess putting up walls and trade tariffs doesn't really sound free market, but I hear what you're saying.

Joe Saul-Sehy: I agree with people being afraid of less free market capitalism and clearly in this election, it looks like either candidate runs that way unless Gary Johnson sneaks in. If we look back at the history books, this happens every cycle. Every election cycle, people get afraid and then what happens over the next four years? Things may happen that will affect the economy but I can't think of that many times, besides the election, where fiscal policy rocked the stock market violently, outside of the Fed movement.

I'm wracking my brain for a time when the president said something, and I have to go all the way back to Ronald Reagan, and some of the limited partnerships platforms. That was a time when the government didn't grandfather in any of these investments and people that were holding, all of a sudden, were holding stuff that was worth zero. Apart from that, I'm trying to come up with a time where the politicians said something that created huge volatility in a day.

Douglas Goldstein: We should also remember that the president is not a king. He cannot make any major changes if there is no consensus. He cannot just execute orders and do whatever he wants. Joe, in the last few seconds, please tell us how people can follow you and follow your work.

Joe Saul-Sehy:  We have a podcast three days a week called Stacking Benjamins, which is a very light magazine-style show.

Douglas Goldstein: It is a great show, having actually been a guest on it in the past. It's a lot of fun and you're sure to learn something about investing.  Joe Saul-Sehy, thanks so much.

Joe Saul-Sehy: Thanks a lot.