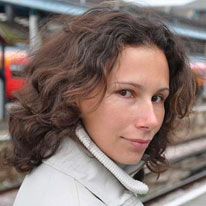 How much does your address affect your chances of reaching financial independence?

Personal finance blogger Pauline Paquin discusses the importance of considering where you live when deciding upon retirement. She tells cross-border financial advisor Douglas Goldstein, CFP®, why she moved from her native France to Guatemala. Find out which financial steps you need to take if you relocate before retirement.

Is there a magic amount of savings that enables you to retire? What factors, other than age, should be taken into consideration when determining when and where you’ll retire? Find out five important questions that you need to ask yourself – and your spouse.


Watch What’s the Best Country for Financial Independence? on YouTube.

Douglas Goldstein interviews personal finance blogger Pauline Paquin. Find out why Pauline left the corporate world behind and how this opened up a new and exciting chapter in her life.

Pauline Paquin: I went to business school and I knew that the corporate world was not for me. It was too strict and too complicated. There was too much politics going on in the office. I wanted out. The problem obviously was having no money to do so and so I started saving.

Very early on, I realized that every $100 that you save is one day of freedom in the future. When this clicked in my head, I saved more aggressively and tried to make more money. At some point, I had five different little jobs on the side. Eventually it came to enough money to leave the office and go live life on my own terms.

Pauline Paquin:  Freedom and independence. Sometimes you will find me working at 2 a.m. and you will find me having breakfast at 5 p.m. or whatever. I don't want to have to do something because it has to be done. That was the main point. I also really like mild weather, so I'm based in Guatemala right now, which is called the “land of eternal spring,” and it's pretty neat.

Douglas Goldstein: Do you consider yourself semi-retired, or you're just working somewhere else but you're working on your own terms?

Pauline Paquin: There are lots of discussions about that; who's retired, who's not retired. Technically, I can live off my investments, but that doesn't mean I'm going to be happy just sipping cocktails in the hammock for the next 60 years. I do work on my own projects; I run a little guest house in Guatemala. I have an education project, so I host some volunteers in my village to teach English and computers to kids for free. I keep busy with four finance blogs that I also own and run. Life is busy, but it's not an obligation and that makes things way easier and way nicer.

Douglas Goldstein: Let's talk about some of the practicalities.  You are a French citizen and you're living outside France. How do you deal with things like taxes?

How Pauline Deals With Taxes As  A French Citizen?

Pauline Paquin: My tax situation is very particular because I own some real estate in Guatemala, so the easiest way to go was to start a Guatemalan LLC and put everything under it. If my guests get injured, for example, I have the LLC screen between me and whatever is going on. The Guatemalan tax system is pretty favorable. I pay most of my taxes there and then I have property in Europe, and I pay taxes locally.

I've been investigating a little bit on U.S. citizens. If you spend less than 35 days a year in the U.S., you can claim an exemption on your income tax, so that's very favorable. Just by doing so, if you're a remote worker, or if you're already paying like $15-20,000 a year in income tax, you can pretty much live abroad for free.

Douglas Goldstein: You don't just walk away from tax. You really have to plan for it. Is that what you're saying?

Pauline Paquin: Yes, of course. The last thing you want is to try to come back to your country after 10 years abroad and get a big fine from the IRS because you didn't pay or you omitted something. You really want to talk to specialists and tax lawyers who specialize in expat taxes for that. There is always a way to minimize your tax burden when you leave abroad, be it through a company or through claims. You're going to do business back in the U.S. anyway, so you can claim your flights back home even though you're going to visit family as well.

You want to spend the time or hire someone because what you're going to save is huge and it's worth being into it.

What Investments Should People Who Have Moved Abroad Consider?

Douglas Goldstein: Do you have certain suggestions for what sorts of investments people should look at if they are considering moving abroad?

Pauline Paquin: I really like real estate, but having bought three properties so far in Guatemala, I realized that I'm really tied to the country. At first I would suggest just moving abroad for three months. See how much you like the country; the culture, the people, the food, even the climate. If you project yourself living there 15 years from now, real estate can be really lucrative and really interesting.

Aside from that, I'm pretty boring when it comes to investing. I put most of my money in index funds and I do a little bit of peer-to-peer lending. If you don't know much about investing, I would just go with index funds such as the S&P 500 or the UK FTSE 100. Look at any index that attracts the market because it will diversify your portfolio, and by investing a regular sum monthly you will cost-average your investments.

Douglas Goldstein: What about the psychology of living overseas? How do you deal with that?

Pauline Paquin: Yes I am, but I've been living in Guatemala on and off since 2003. Back then, it was really complicated. We didn't have WhatsApp or Face Time or all the apps that allow you to get in touch. Flights were much more expensive, but now it's about half price to fly back home, and I also make more money.

All in all, I go back to Europe about two or three times a year. I really like having a home base in Guatemala, in a remote location in the middle of nature on a beautiful lake. That is something I would never be able to afford in Europe. I go back to the city, go back to Paris, or fly over to the States and visit friends. I'm also aware that my quality of life could not be bought in Europe or the U.S. for that kind of money.

Douglas Goldstein: Is it really the strength of the currency that you work in which is allowing you to do so? The cost of living in Guatemala is not expensive?

Pauline Paquin: The cost of living is really low. You can, for example, have staff for $300 or $400 a month. That's a luxury. If you're thinking about retiring abroad and you are in your 60s or 70s, needing medical attention, you can get a full-time nurse for $500 who will be coming to your house. Properties are a bit expensive in Guatemala, but I'm on a lakefront property that would be worth many, many millions if it were anywhere in Europe. Here, you're looking at a small six-figure, so it makes a big difference.

Douglas Goldstein: A lot of the listeners to my show live in Israel. They are Americans who've immigrated to Israel, and they find that there is a similar cost of living here. When I talk to people in my day job as a financial advisor, the fact is a lot of the financial planning and retirement planning that we do is very, very much the same as if they had stayed in the States.

One of the things that people tell me is that even in America you don't have to go overseas; you could just go to different states where things are cheaper. Have you spoken to people about that?

Pauline Paquin: Yes, of course. I could buy a house for the same price in the Midwest and live in the Midwest. Now it all depends on your priorities. Some people want to stay close to family, and moving to the Midwest is not an option because family is on the East Coast or the West Coast. But it can be done. You can live very, very cheaply in the middle states of the United States.

You will still have things that are expensive, such as health care.  There are excellent doctors, for example, in Guatemala. We get a lot of medical tourism, people coming for hip replacement or dental work. It's less expensive to do that than to have the job done in the States.

Douglas Goldstein: Is the quality similar?

Pauline Paquin: Yes. I go to a dentist in Guatemala City who trained at NYU, and his work is top-notch. You can find a lot of excellent surgeons and specialists that are trained in the U.S. and then came back to setup a clinic in Guatemala City.

Douglas Goldstein: There certainly are a lot of opportunities. It also sounds to me like you've planned your finances and your investments carefully.  I really want to congratulate you for making significant changes that have improved your life.

I know this is something you write about. In the last few seconds, just tell us, how can people follow you and follow your work?

Pauline Paquin: My main site is reachfinancialindependence.com and that's where I talk about my journey towards financial independence and how I relocated to Guatemala. If you want to find me, that would be the easiest way to do so.

Douglas Goldstein: Okay, Pauline Paquin, thanks so much for your time.