What is the Truth About Financial Equality for Women? 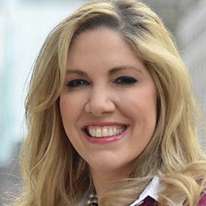 Financial advisor Cary Carbonaro, best-selling author of The Money Queen’s Guide: For Women Who Want to Build Wealth and Banish Fear, reveals that women are still far from being financially equal to men. Generally, women live longer than men but work for a total of fewer years, for lower salaries, and as a result they tend to accrue two-thirds less savings than men.

Find out how women can improve their financial situation and what they should do in the event of a divorce or the death of a partner.

What happens to a brokerage account when its owner dies, and what if there is no will? Get tips and advice on how to claim the assets, what to do if the deceased lived in a different country, and what paperwork you need to start the process.

In the modern era of gender equality, are there still financial differences between women and men? Cary Carbonaro, author of The Money Queen’s Guide: For Women Who Want to Build Wealth and Banish Fear, explains why gender differences still exist.

Douglas Goldstein:  I am very excited to have on The Goldstein on Gelt Show, Cary Carbonaro, who you may know as The Money Queen. She’s also a certified financial planner and the author of The Money Queen’s Guide: For Women Who Want to Build Wealth and Banish Fear. She’s been on Wall Street for about 25 years and she spends all day trying to help people make smart money decisions. Cary, a real pleasure to have you.

Why Women (and not Men) In Investing?

Douglas Goldstein: The area that you specialize in is in dealing with women and their investing. Don’t you think that in today’s modern age, men and women are pretty much equal? Why do women need some kind of special care?

Cary Carbonaro:  It’s interesting because you would think that we are equal, and maybe we are in some points of view. However, women are not equal because we still have the pay wage gap and we still have what’s called the “gender investment” gap. That means that women retire with two-thirds less in savings than men. Secondly, women live longer and so need more money. Thirdly, women make less hence the pay wage gap. The other issue is that women are more conservative than men and that’s another strike against us. Then the worst of it is that we’re not in the workforce for the same amount of time as men because we come out to have children or do caregiving of parents. We’ve got all these things going against us and therefore need more help than men, not less.

Cary Carbonaro:  Two-thirds less in retirement, when they retire.

Douglas Goldstein:  I do know that women live longer and I agree that women earn less. About women being more conservative, is that necessarily a bad thing?

Cary Carbonaro:  It depends. It is a bad thing if a woman is going to keep a majority of her nest egg in cash.  Many of my clients say that they want to keep their nest egg in cash but when they do that, they’re not keeping pace with inflation. They’re never going to grow that money and are barely holding it steady. It may be comfortable and safe to keep the nest egg in cash, but it’s actually hurting them in the long run.

Douglas Goldstein:   Are you suggesting that women should look to be more aggressive in their investing? How do they make a decision?

Cary Carbonaro:   As a certified financial planner, I help them assess the risk, teach them what long-term averages are, what to expect, and what to understand about market volatility. It’s my job to educate them and to help them better their life in the long term.

Douglas Goldstein:  People often ask us what will happen in the market, because of an election, Iran, or whatever major issue. We are often unable to give an exact answer, but we can give a feeling and talk about long-term growth. If you’re talking to a woman and she says that she’d rather have her money in the bank, how do you respond to that?

Cary Carbonaro:  My standard go-to answer is that over history, which is all we have to look at, we have never had a period of greater than 10 years where you’ve lost money in the market. Unfortunately, we don’t know the future and we can’t predict it.

Douglas Goldstein:  Of course, we will tell everyone that past performance is no guarantee of future returns. One of the fears that a lot of people have is the fear that their marriage isn’t going to work out and that it will have devastating financial repercussions for them. Unfortunately, I’ve seen this happen so many times. When a woman gets divorced or widowed and their husband handled all the finances, and they find themselves thrown into the world of finance, what do you suggest is the first step someone should take?

Cary Carbonaro:  To get a financial advocate; someone who can support them and has their best interests at heart.  It is particularly important that they do that because at that time of their lives, they are emotionally overwhelmed. It’s a time when they need to make some smart decisions with people they trust.

Douglas Goldstein:   After a divorce, how can a woman who’s going through trust issues, find someone who she can really trust?

Cary Carbonaro:  Women are incredibly intuitive. If they’re listening to their inner self, they can figure out who they trust and who makes them feel comfortable without making a poor decision. I’ve also had clients of mine who either had a spouse die or got divorced who actually brought a trusted friend or advisor with them to help them make those decisions.

It could be they’re not thinking clearly and so they bring a sister or a best friend along to help them build consensus before they make any crucial financial decisions.

Douglas Goldstein:  I also encourage older people to bring their adult children along to meetings as well, so that they have another set of ears. Someone else who can ask questions and who is clearly in their corner. They don’t have to worry that they’re dealing with people who are just trying to take advantage of them. What would you suggest to a woman who understands the importance of saving for retirement but she doesn’t have any more money to do that?

Cary Carbonaro:  The first thing I always tell every person that I meet with is, “Let me see your budget. Let me see what’s coming in and let me see what’s going out. Let’s see if we can create some additional money and create your financial future or freedom within what’s left over in the budget.” A lot of people think that they don’t have money but they might actually have. So step one is seeing what you’ve got coming in and going out.

Douglas Goldstein:  You can’t control the markets but you can control your spending. The second thing you can control is your earning. It’s still a bit harder but it’s doable. Cary, how can people learn of more of your ideas and how can they follow you?

Douglas Goldstein:  I want to thank you very much for taking the time today.