The Mystery of the Human Genome 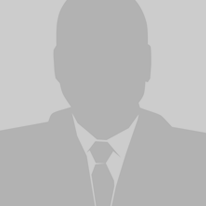 Professor Tomas Lindahl, winner of the 2015 Nobel Prize in Chemistry, talks about his research with DNA and the human genome. Dr. Lindahl shares insights about the vulnerability of your DNA… and how it might be possible to fix it. Is a cure for cancer on the horizon? Discover why medical research is one of the most important investments there are.


Watch The Mystery of the Human Genome on YouTube.

Tomas Lindahl won the Nobel Prize in Chemistry in 2015 for his research into mechanistic studies. In this interview, he explains why it is important to increase knowledge in areas such as DNA and the human genome.

Douglas Goldstein: Tomas Lindahl is one of the three professors who have won the Nobel Prize in Chemistry.

The actual topic that you won the prize for is what they call “mechanistic studies of DNA repair.” One of the things I’ve heard that you have said is that cancer is being treated with drugs that could actually cause genome instability. It sounded very frightening when you said it. Am I misunderstanding it, or is there something scary going on here?

Douglas Goldstein: The risks of radiation frankly sound worrisome if you damage the patient more than you damage the cancer. Is this a fundamental problem with that approach to dealing with cancer?

Tomas Lindahl: It’s not a fundamental problem. We have known about radiotherapy for a long time. If you do nothing, the patient will die because the tumor will grow. You can kill the cancer cells with radiation, but when you do that in a minority of cases, that is a risk for the patient.

The Implications of Tomas Lindahl’s Research

Douglas Goldstein: You’ve also spoken about the instability in cancer cells, and in fact you’ve suggested that we could exploit that instability in order to hopefully cure cancer. Is this something on the horizon?

Tomas Lindahl: I think so, yes.

Douglas Goldstein: So a young man like myself should not be too worried about getting cancer in my older years?

Tomas Lindahl: Cancer is an old-age disease, and we are not going to live forever. You will die from something, and that could be cancer or a number of things.

Douglas Goldstein: Explain to us the implications of your research, and how it might be applied in the world of medicine.

Tomas Lindahl: The implication of the research is that our genetic information is not as stable as people thought before. DNA is not made up to stay on this scale or model. It’s a more labile structure and that makes it vulnerable. That’s a fact of life and there’s nothing we can do about it.

Douglas Goldstein: What are some of the steps that we should take? For example, your work has to do with DNA repair. Is it very futuristic to say that when someone discovers he has a problem with his DNA, it could actually be fixed?

Douglas Goldstein: Billions of dollars were invested in mapping out the human genome. How has that influenced your work? Should that kind of money be spent by governments? Is that an effective way to forward research to help medicine?

Tomas Lindahl: Yes, I think the money was very well-spent on understanding our genome better. We have to gain knowledge, and once we have the knowledge we can devise new cures for diseases.

Douglas Goldstein: This is a sort of shotgun approach, in other words spending so much money to do this research as opposed to, for example, setting up certain incentive prizes or focusing on very specific work. If we’re looking to develop a cure for cancer, which I understand is really where your research could be directed, is there a more effective way for people to invest in this?

Tomas Lindahl: I don’t think so. We have to build up our knowledge base first, which goes back to old science. Generation backs, children suffered from polio and there wasn’t very much we could do about it except for doing research. This established that there is a polio virus and that you can have a vaccine against it. Actually, to a large extent, you have to cure the risk for the disease. If you don’t do the research, you will have nothing to start with.

Will There be a Vaccine for Cancer One Day?

Douglas Goldstein: Any hope that we will have a vaccine for cancer in the foreseeable future?

Tomas Lindahl: Cancer is not just one disease. There are probably hundreds of different diseases. It means that some of our cells stop growing in an unregulated fashion, and that can happen due to variety of mutations. So I don’t think we will be able within the foreseeable future to find the drug that will cure cancer. We have to tackle different forms of cancer in an individual.

Douglas Goldstein: It seems that a lot of the funding that goes towards research like yours is politically determined, depending on what one government feels that it should be focusing on. That might not necessarily be for the number of people that will be helped, but because of something that just might be going on in terms of politics or elections. Did you feel the effects of that, or do you feel that money is being properly distributed where it’s most needed in the world of science?

Tomas Lindahl: The money is well spent because it’s building up our knowledge base. In addition to that is also a lot of the practical aspect, which is, I guess, asking for short-term solutions to specific problems.

Douglas Goldstein: Are there any specific places or companies that you feel are really excelling in the area now that we should be looking at?

Tomas Lindahl: I don’t want to comment on individual companies.

Douglas Goldstein: Could you share with us what some of your main focus is today?

Tomas Lindahl: We are continuing to define different forms of DNA instability to make our knowledge base more comprehensive.

Douglas Goldstein: What is the best way for listeners of the show to follow your work and to keep up with what you’re doing?

Tomas Lindahl: There are excellent scientific journals on the web and so on in popular science and/or original papers if you have the knowledge to read them. Reading and trying to understand is a good thing.