Tips on How to Improve Your Credit Score 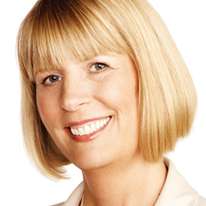 How can you boost your credit score? Liz Weston, columnist at NerdWallet and author of Your Credit Score: How to improve the 3-digit number that shapes your financial future, explains why your credit score is important, what it’s used for, and how to build it. Learn responsible ways to use a credit card, so it won’t hurt your credit rating.

How to invest in a low-interest environment

Doug Goldstein, CFP®, discusses how investors can lose money by leaving it in the bank. Why are low interest rates harmful to your investments? Discover the most effective ways to invest your money and stay ahead of inflation.

Douglas Goldstein:  We’ve very excited to have Liz Weston on The Goldstein on Gelt Show. Liz is a columnist for the personal finance site, NerdWallet and she also wrote a great book called Your Credit Score.

One of the issues I understand, as far as credit scores go, is that people have to deal with debt. It seems to me though, that the idea is to have debt and then pay it off in order to have a good credit score and then have more debt and pay it off. What's the bottom line here?

Do You Need to Have Debt to Have a Good Credit Score?

Liz Weston:  You do not have to have debt or carry debt to have a good credit score. You do have to use credit, and I think that’s where people get confused. They look at a credit card and think that’s debt. If you use a credit card for convenience only, which is the way I was taught by my mother, and the way that maybe a third to 40 percent of credit card users actually do it, you are paying your balance off in full every month.  Whatever you charge, you know you're going to have to pay it off. If you use a credit card that way, you're building your credit scores; you're not incurring debt. You don’t pay a dime of interest on your credit cards. I use credit cards a lot, but I pay them in full every month. My credit scores are golden, although just as an aside, my husband’s credit scores are higher, which is so irritating to me.

Douglas Goldstein:  How does that happen?

Liz Weston: Because he’s older, he’s had credit longer. That’s what I tell him, and it’s probably true.

Douglas Goldstein: There are people who are very disciplined credit card users, such as yourself. However, most people aren’t as disciplined. They then end up having a problem and accumulating debt. But is it really worth accumulating debt so that you can develop a better credit score?

Liz Weston: It’s never worth accumulating credit card debt. But if you cannot use a credit card responsibly at all, there is a way to still improve your credit scores simply by getting a personal loan. People in the United States do this a lot. They get what's called a “credit builder loan” and they pay it off over 12 months. The payments go into a CD essentially, so it’s a savings account, and they get the savings back. They pay a little bit of interest, but they're building a savings account and their credit scores. In that case, taking on a little debt and paying a little interest makes sense. I think it’s kind of a myth that people can’t handle credit cards. We've got this idea that everybody that’s got a credit card has got $15,000 worth of debt; it’s not true. If you look at the Federal Reserve statistics, of the people who do carry credit card debt, the median is somewhere between $2,500 and $3,000.  We’re still looking at a ton of people who are not carrying a ton of debt.

Liz Weston:  They're taking the amount owed, maybe in December of a certain year, and they're dividing it by the number of credit card-carrying households. The problem with that is that they're including all the balances that are going to be paid off in full – as soon as the people get the bill.  – like we do in our household. They're also including all the business cards. If you're using a card for your business and your company is paying it off, or you're getting reimbursed to pay it off, that’s included. It really distorts the actuality of what the debt situation is like.  Back in college, we learned that averages can really be skewed by outliers, and that’s what's happening. We've got data that’s not cleaned up to start with and then we’ve got a few people with a ton of debt, and all that is skewing the average up.

Douglas Goldstein:  You're saying that by the end of December there might be a huge amount owed on credit cards, but all these people will be paying it off come January?  They're going to pay off the amount without paying an interest payment.

A Credit Card Is Certainly Not the Norm

Douglas Goldstein:  You also mentioned the credit builder loan. The whole purpose of this loan is to borrow money only to show that you can pay it back?

Liz Weston: Yes, and it started in credit unions.  They knew there were a lot of people out there who were having trouble getting on the escalator - getting started with credit so that they could get better credit scores, so that they could get better deals. Credit scores in the United States are used to determine your auto insurance and home insurance premiums, or what kind of cellphone plan deals you get- I think T-Mobile was the one that said half of its customers couldn’t get the best plan because of their credit – deposits and utilities.  In the U.S., credit scores are really important. The idea behind the credit builder loan was to give people a head start in building credit. Rather than take the money or let them spend it on whatever, they’d put it in a savings account or a CD. Then once someone made all the 12 payments, they’d get the cash that had been sitting in the savings account.  Now, you not only have a start on decent credit but you also have a savings account, which most people in the United States either don’t have or it’s not sufficient.

Douglas Goldstein:  According to the statistics, the average person has $10,000 or less by the time he retires.

Liz Weston: Much less. The latest statistic outside the Fed was something like 45% of adults in the U.S. couldn’t handle a $400 emergency without borrowing money.

Douglas Goldstein: A lot of it seems to also fall on younger people. It seems that a lot of young folks are ending up in debt just when they're starting out.  Is that true? Also, what can they do about that?

Do A Lot of Young Folks Have Debt?

Liz Weston: It is true. It’s not unusual because when you're starting out, you're not making a lot of money. For most people, if you want to buy a house, you get a mortgage. If you want an education to invest in your future income generating capacity, you probably need education loans; student loans. There is a sort of precedent for being in debt when you're young and then paying it off over time. The problem that we've got in the U.S. is that the costs of education have so far outstripped inflation. The student loan burden is getting heavier and heavier. You'll see that there’s outliers that’ll have a six-figure student loan debt; that’s not the norm but the norm is growing.  We’re up to an average of 30,000 of student loans.

Douglas Goldstein:  Will those investing in student loans get their money back? A lot of them are investing in education, which is not really job oriented.

Liz Weston:  No, because there are some outliers that never are better off and this has been true in the past.   Probably, one out of seven women and one out of five men are not going to earn anymore with a college degree than a high school diploma would have earned them.  Education is a better deal than it used to be; it’s more expensive, yes, but the people who only have high school educations are falling so far behind.  If you want to stay in the middle class, it’s going to require some post-secondary education. If you want to get further ahead, you should perhaps consider a master’s degree or graduate degree.

Douglas Goldstein:  It must be very hard for those people to save up for retirement. What is the solution then?

How Do You Save Up For Retirement While Still Servicing a Student Loan?

Liz Weston: Borrowing an unlimited amount for education does not make sense. If you cannot pay cash for something, you have to be very careful how much you borrow. In terms of a college education, you don’t want to borrow more in total than you expect to make in your first year out of school. If we could just get people to adhere to that or to limit themselves to just what's available under the U.S. Federal student loan system, rather than going with private loans, we wouldn’t have a crisis. The number of people having problems with student loan debt would be much smaller because under the federal system you can only borrow about $33,000.

If people would put their own limits on how much debt they take on, you could still get a good education for that; that’s the thing. People are going for private educations and borrowing a ton of money, and that doesn’t make sense.  But a limited amount of debt is reasonable. That will make sense, and if that’s the case you can save up for retirement.  Your student loan payments will be less than 10% of your income and if you put another 10/15% towards retirement, you're good to go.

Douglas Goldstein:  That is great advice. Realizing that you can both save as well as pay off debt at the same time.

Liz Weston:  It feels more satisfying to go at that debt and get it done, but you cannot get back the time that you're losing. You can’t get back the company matches that you’ve passed up or the tax breaks you won’t get. Most importantly, you don’t want to miss on compounded returns. If you don’t get started on retirement savings by the time you're 35, it’s almost impossible to catch up. Get started from your first job and put some money aside for retirement.

Douglas Goldstein: Liz, how can people follow you and your work?

Liz Weston: They can visit my website asklizweston.com.  They’ll find links to Nerd Wallet, which is a great personal finance site. It also links to my books like Your Credit Score, and Deal with your Debt, all that good stuff.

Douglas Goldstein:  Liz Weston, thanks so much for your time.