How Tax Laws Can Help in the Fight Against Terrorism 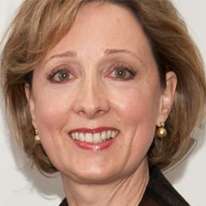 Whether FATCA applies to you or not, you need to prepare for retirement. Consider whether dividend-paying stocks are appropriate for retirement savings. Find out more, and also how to download a free copy of The Retirement Planning Book, written by Douglas Goldstein CFP®, by listening to today’s show.


Watch The Law That Makes U.S. Expats Toxic on YouTube.

How does American tax law apply to U.S. citizens living abroad? Colleen Graffy, professor of law at Pepperdine University, explains why many U.S. expats find it difficult to deal with the tax implications of living overseas, and some of them are even giving up their American citizenship.

Douglas Goldstein:  I’m very happy to have on The Goldstein on Gelt Show, Professor Colleen Graffy. I discovered her when I read an article that she wrote in The Wall Street Journal called “The Law That Makes U.S. Expats Toxic.” Colleen is a former United States deputy assistant secretary of state for public diplomacy. She’s also a professor of law at Pepperdine University. Colleen, a real pleasure to have you.  I’ve been talking to people a lot about the problems of the law that make it very difficult for U.S. expats. Can you give us a little background?

The Challenges of Being a U.S. Expat

Colleen Graffy:  I wrote an article about this way back in 2013 and also for The Wall Street Journal. I called it “How to Lose Friends, Citizens, and Influence.” I had a couple of American friends who were living in the UK, where I was resident, who were anxious about this new law that was coming into force called FATCA or the Foreign Account Tax Compliance Act.

The idea behind it was very good. We want to deal with money laundering, tax evasion, and particularly after 9/11, financing for terrorism. But the application of the act didn’t take into account that there are over eight million Americans living overseas. They have overseas bank accounts, not because they are trying to do anything illegal but because they live overseas and they need bank accounts.

Previously, Americans who were living overseas weren’t under the full scrutiny of U.S. tax authorities. But with the arrival of the internet, many who were completely unaware of the laws suddenly found themselves caught in the net.

Douglas Goldstein:  There’s this new law that forces banks outside the United States to tell the IRS or the U.S. government about the assets that American citizens, who are living outside the U.S., have. Is that the big picture?

Colleen Graffy:  That’s the big picture, and there’s a threshold amount. $10,000 at any one point in the year, which is also cumulative. If you have a small bank account here, there, and the other, then they are taken in the aggregate all together.

This also includes any bank account to which you may be a signatory. If you’re an American who’s married to a Brit and your British husband has a bank account in which you’re a signatory, that bank account is also considered. It becomes awkward in marriages where the husband does not want his account reported to the U.S. tax authorities. Because they’re a British citizen and they fully report their taxes to the UK authorities, it becomes an infringement on the privacy of individuals who are not U.S. citizens.

In addition, if you are a resident in the UK and you’re abiding by those tax laws, when you buy property you pay what’s called a stamp duty. You’re paying upfront for that property. But if you’re an American citizen living in the UK, it means that you have to pay U.S. capital gains. It comes as a big surprise to many who, after selling their property, have to pay 40% capital gains to the U.S. government.

Douglas Goldstein:  A lot of times, people say that there’s a tax treaty so there’s no double taxation. What you’re describing is an interesting phenomenon, which we see sometimes in cross-border families. It’s a different name for the tax and therefore, you don’t get credit in one country or the other. Is that how it’s working out?

When he went to sell his home in Notting Hill, he was surprised by the fact that Uncle Sam delivered a bill to invoice him for capital gains. The U.S. will also look at the exchange rate differential between the time you took out your mortgage and the time you sold.

I have friends who took out their mortgage in pounds and they’re paid in pounds. It has nothing to do with the United States. When they sold the house, they were given alarming news from their advisor that they also have to write a check to the United States Treasury. This is for the difference in the exchange rate when they took out their mortgage and when they sold, which sometimes can be tens of thousands of dollars.

Douglas Goldstein:  We see that a lot here in Israel because for decades a lot of Americans have been moving to Israel and they have children. Those children are U.S. citizens even though they’ve never even been to America. When they get a little bit older and they get a job or begin investing, they find out that they have to file a U.S. tax return.

The Issue of American Citizenship and Mixed Marriages

Douglas Goldstein: One of the things I was thinking, Colleen, is that this is the way that the United States stops American citizens from mixed marriages.

Colleen Graffy:  I call it the reversal of the Downton Abbey Syndrome. Before, everyone wanted to meet with an American heiress. People are now telling their children not to date Americans because of the ramifications it has for the family, their estate, their property, and their income. Also, Americans who are married to foreigners are coming to the conclusion that they have to take their name off property and bank accounts. You can imagine the position the U.S. government is putting Americans overseas into.

Douglas Goldstein:  This is certainly a big issue that I deal with in my day job because as a cross-border financial advisor here in Israel, my American clients are married to Israelis. The aim of FATCA was to stop Americans from hiding money offshore. The U.S. government is essentially saying that if you have money in a U.S. brokerage account or a U.S. bank account, they know about it. They can see it and put a lien on it. So they want someone to, at the very least, file an FBAR and let them know what assets one holds outside the United States.

Why would any congressman or citizen living in the United States have any sympathy for the eight million people living outside the U.S. who believe that they don’t have to report to the U.S. government about their money?

Colleen Graffy:   They don’t want anyone evading their taxes or shirking their responsibility. If the law is to pay your taxes, then you should pay your taxes. The problem with this is that the law is based on citizenship, and that’s the rub of it all.

There’s no other country in the world, except possibly Eritrea, where taxes are based on citizenship. They tax on residency. If the United States did the same thing, it would take away all of these problems. If you are a resident in the United States and you have a secret Swiss bank account, you should be declaring it. If you’re overseas and you have an overseas bank account, you have it because you are living there.

Banks do not want to fall foul of this law, because there’s a 30% penalty on any investments in the United States. They’re finding that rather than dealing with the tangle of U.S. laws and regulations, it’s easier to kick all Americans off their books. Americans are therefore finding it difficult to open up bank accounts.

I’ve had the same thing happen to me. My bank suddenly asked me for a copy of my passport. If I do that, they might say that the rule is they don’t want any Americans. That will mean that I cannot open a bank account and it will be very difficult to operate overseas without one. If we could change this law to residence-based tax, it would take away all the problems.

Douglas Goldstein:  I’ve seen a lot of Americans who live in Israel face the exact same thing. They either can’t open a bank account, and even if they can, they aren’t able to do any investing in it. Even worse, however, is a lot of U.S. brokerage firms who tell you that since you live in Jerusalem, you can no longer have a brokerage account with them.

I’ve seen the amount of turmoil that this causes. I like your idea of having residence-based taxation, but I can’t see that happening because why would America willingly cut itself off from that revenue stream?

The Repercussions of the FATCA Law

Colleen Graffy:  They are actually taking away money that should be rightfully going to countries where the American citizen is resident. It’s surprising to me that more countries don’t protest at the fact that revenues that should be coming to them are going to the United States. Another reason why the U.S. government should consider amending this law is that more Americans are increasingly giving up their citizenship in astonishing numbers, and this is not good for the United States.

When I worked under Condoleezza Rice as secretary of state, I went to 40 different- plus countries. I discovered that Americans living overseas were critical of American foreign policy. Americans who live overseas are multilingual and multicultural. They are in tune with the culture and the commerce of the countries that they are living in, and they are critical when talking about American values, culture, foreign policy, but also in assisting with commerce.

It’s not just those giving up their citizenship. It’s also those that are now choosing not to become U.S. citizens and who don’t want their children to be U.S. citizens. This will have long-term policy implications for the United States. These individuals are goodwill ambassadors for the U.S., and it’s short term thinking to make it difficult for them to want to keep or want to become American citizens. It used to be a saying that no one ever gives up their American citizenship, and that’s no longer the case. It’s scary.

Douglas Goldstein:   It’s a very difficult conversation to have with people. The numbers have been increasing by hundreds of percents over the past several years. Colleen, how can people follow you and follow your work?

Douglas Goldstein:  Colleen Graffy, thanks so much.