Is There a Secret to Successful Early Retirement? 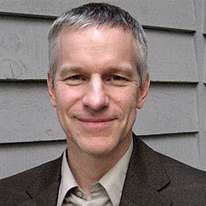 Darrow Kirkpatrick, author of Can I Retire Yet? and Retiring Sooner, shares how he retired early (age 50) and discusses the investing strategies to make early retirement possible.

Find out how to estimate how much money you’ll need in retirement.

If you retire early, consider when your pension payments will begin. Should you apply to claim Social Security early (age 62) or wait until you later (age 70), when the benefits are greater?

Listen to the show to find out more about Social Security, spousal benefits, and outside pensions.

Darrow Kirkpatrick, retirement blogger and author of Retire Sooner, shares tips for retiring early and how to decide how much income you will need during your golden years.

Douglas Goldstein: I'm very excited to have, on The Goldstein On Gelt Show, Darrow Kirkpatrick. He is an author, a software engineer, and an investor. He invested successfully and retired at age 50. He has a popular blog about retirement. Darrow, can people even a little bit over 50 still retire early?

Darrow Kirkpatrick: Yes. It's quite manageable.

Douglas Goldstein:  What does someone need to know to retire early?

Tips to Help You Retire Early

Darrow Kirkpatrick:  The first thing is being aware of your finances. It's hard to become financially independent if you're not aware of where the money is coming in and going out.

Douglas Goldstein:  I am a financial advisor and I often tell my clients that they shouldn’t be retiring from something; they’ve got to be retiring to something. What are the benefits of retiring early?

Darrow Kirkpatrick: There are traditional benefits like spending more time with the family, travelling, and volunteering. It doesn't mean not working. It's having the ability to work when and how you want, without worrying about a paycheck, and that's really added to the quality of my life.

Douglas Goldstein:  How did you get there, though?

Darrow Kirkpatrick: I was a software engineer earning a great income. I did have a high income that I could sock away for about ten years, but we also lived modestly. We stayed in the same house for 17 years. We didn't upgrade houses and vehicles as I got raises and bonuses, and those things add up overtime.

Douglas Goldstein: What made you decide to call it quits at 50?

Darrow Kirkpatrick: I had done programming and software management for a long time. When the environment became more corporate and rigid, it became less creative for me. It was just a good time to set out and do something different. I wanted to work on my writing, and the blog grew very naturally from that. I must say, it’s been an exciting and an interesting time of life, being able to kind of work in my own way, on my own schedule.

Douglas Goldstein:  But did you marry money, get an inheritance, or win a lottery?

Darrow Kirkpatrick: My wife is a public school teacher in Tennessee, so that should answer that question. She did get health benefits that helped us out a great deal, but not a lot of money from that direction. I owned a tiny part of the business, and when I sold it, it was enough to pay off our three-bedroomed home in Tennessee.  I did have a great salary; a six-digit salary for around 10-15 years, and that did help us sock away the money. We had to not spend it in order to do that.

Douglas Goldstein: When you socked it away, what did you do with it?

Darrow Kirkpatrick: Early on I made the usual investing mistakes. I worked with a broker, bought and sold stuff too quickly, and tried to identify hot stocks. Not before too long, I fell into the camp of a passive index investing. Most of our money wound up at Vanguard, a boring set of index stock funds. Generally, I just tried to leave it alone and feed it as much as possible every month from my paycheck.

Douglas Goldstein: What years was that?  Was that like the greatest boom market ever?

Darrow Kirkpatrick: No. The Dotcom crash was right in the middle of that time and the great recession of 2008, while I retired in 2011. There was a lot of bad stuff going on during that time, but I just stayed the course. I was able to contribute more when the market was down. That was hard, but I knew there was no way I was going to get to financial independence if I panicked. Therefore, I stuck with the plan.

Douglas Goldstein: I did research with a woman named Susan Polgar, who was a world chess champion and the first woman to win the title of grandmaster. We were talking about the same strategies she used to be successful on the chessboard and how all of them seemed to apply. Several of the things you've already said ring true, based on what she and I discovered; have a plan and stick to it through thick and thin. Keep working on your plan. How did you learn to do that?

Darrow Kirkpatrick: I have a civil engineering degree. I'm used to the idea of making design, making a plan, and not patching it up at the last minute. I have also made mistakes in the past and learned from them. I bet on some Dotcom stocks, watched them go up and down, and sold them at a loss. I gradually realized that trying to figure out what direction the market was going just didn't serve me. I was much better off saving as much as I possibly could, keeping my expenses low, and just being consistent.

Douglas Goldstein:  What was your investment strategy? It sounds to me like you had a pretty normal basic investment strategy not to pick winning stocks. When you were earning such a big salary, how did you find the discipline to spend money improving your lifestyle?

Darrow Kirkpatrick:  My wife and I have pretty modest taste. We enjoy outdoor sports and camping, and simple road trip vacations. Those things give us a lot of pleasure and fun. We just didn't have expensive taste. Same goes for vehicles and housing; we were happy in the place we were 20 years ago, and we just stayed put there as I got raises and bonuses. That helped us put more on the bottom line to savings.

Douglas Goldstein: What are some of the mistakes that you made that we can learn from?

Darrow Kirkpatrick: Trying to pick stocks and trying to time things just didn't work out well for me. We kept our expenses low, which was a good thing. I also have a rule; I call it the ‘rule of 300’. I keep an eye out for recurring payments. The 300 multiplier comes from the 12 months in a year. You need roughly 25 times your annual expenses in order to retire, so 25 times 12 is 300. That's the multiplier, times any monthly expense that you've got to save up in order to provide that income in retirement.

Douglas Goldstein: Let's go over that math once more. Give us a real life example.

Darrow Kirkpatrick: What we are talking about here is gym memberships, subscriptions, maintenance, etc., anything you pay monthly. When you do the math, you need about 300 times that amount saved up in order to provide for that expense in retirement. Anything you've committed to on a monthly basis is a very big ticket item when it comes to financial independence. Keep an eye out for regular expenses; they are tough to pay for once you don't have a paycheck.

Douglas Goldstein: Are you suggesting people not have these sorts of regular expenses?

Darrow Kirkpatrick: Anything you commit to pay monthly takes a great deal of money that you need to save up to later.

Douglas Goldstein: Let’s say someone spends $3,000 on expenses such as food and video games.  Based on this model, you are saying he'd need $900,000 in order to retire? Does that matter how old he is, or is that just at any age?

Darrow Kirkpatrick: There are issues with the length of your retirement and how much you generally held much longer. The original studies pointed to the 4% rule, which is where the 25 multiplier comes from. Those were 30-year studies. I don't know if it's too beneficial to get into those fine details. It's a rough rule of thumb for how much money you've got to save up to provide for a monthly expense.

Douglas Goldstein: Tell us about your book Retiring Sooner.

Darrow Kirkpatrick: This is the first book I wrote, and it’s addressed to people in their early to mid-career. It talks about how to live more frugally, how to increase your income, and how to manage your money so that you get to financial independence sooner. I've just come out with my second book called Can I Retire Yet, which is addressed to people late in their career, and it's all the issues around making a decision. Do I have enough? Do I have health insurance? What am I going to do with my time? It's a broad look at all the issues that someone is going to be facing when they have to make that decision.

Douglas Goldstein: How can people find these books and follow you as well?

Darrow Kirkpatrick: The books are in Amazon; in Paperback and Kindle. The first one's Retiring Sooner, the second is Can I Retire Yet, and that's the name of my blog - caniretireyet.com.

Douglas Goldstein: Darrow Kirkpatrick, thanks so much for your time.