Are You Satisfied With Your Financial Education? 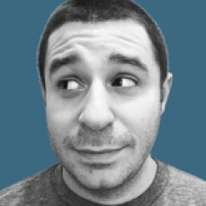 When should you sell your investments?

How do you know when to sell a stock? If you sell it when it is profitable, you may miss out on potential further gains if it continues to increase in value. But if you sell it when it decreases in price, you have lost money. Douglas Goldstein, CFP®, gives tips on how to make the right decision about when to buy or sell.

Don’t forget to sign up for the upcoming free webinar about the possible effects of the U.S. election on your retirement savings – http://bit.ly/Profile_USElections

Douglas Goldstein, CFP®, interviews Andrew Fiebert, from the Listen Money Matters Podcast. Get great tips on how to handle your investments. Want to learn how you can improve your financial education? Read on!

Andrew Fiebert: Most people are not lucky enough to have parents who show them the ropes. You pick up your personality, along with most of the major things in your life, from your parents. Therefore, if your parents are bad with money, chances are you will be too.

Douglas Goldstein: My mother was a financial advisor and worked for a big Wall Street firm for 17 years. She and I were partners, and my grandmother was one of the first women to be licensed as a stock broker. I guess I have an unfair advantage because I did grow up on this stuff.

Andrew Fiebert: Destiny struck. It’s funny that we entrust the raising of the next generation to tons of people who are overwhelmed with credit cards and debt. I don’t know how they do it in Israel, but in the U.S. they definitely don’t teach you about money from first through any grade.

Douglas Goldstein: Give a philosophy or theory of why they don’t help people.

Andrew Fiebert: Maybe they are not doing it themselves. I don’t know.

Where Do You Learn To Become Financially Literate?

Douglas Goldstein: Or they learn investing from Congress. $20 trillion in debt. By the time someone listens to this next year, they’ll be twice that. It is a little bit scary. Parents should try to get a license before having children in order to pass at least basic financial literacy, but that’s beyond our scope. If you grew up in a house where your parents weren’t great money people, where do you go to learn?

Andrew Fiebert: There are online classes. My wife also volunteers at this homeless shelter in Hoboken, where we live, and on Mondays, they have Money Mondays, where someone comes in and teaches them about money. Pretty much everything is on the internet, and I think it’s going to be a DIY education. I learned a lot from my parents, but I learned a lot on the internet too. A simple search will bring up the most amazing websites and awesome perspectives. People should look there.

Douglas Goldstein: Indeed. Websites like Listen Money Matters. If people want to learn to be DIY’ers, Do It Yourselfers, does that mean they shouldn’t have advisors? I often think that people think there’s this dichotomy and I’m not sure there is. You can have both an advisor and also do it yourself.

Do You Really Need A Financially Advisor If You Can DIY?

Andrew Fiebert: In the beginning, I was staunchly against that. Truth is, you could figure out how to budget. Everyone who has access to technology, like a phone or internet, can budget but once you start to go further down the path, and get older, things get more complicated.

My wife, Laura, and I own rental properties and I could do it all myself, but I don’t. I want to entrust a professional who’s done this before. We have businesses, and we want someone to do our taxes. I’ve never gotten better returns than when I’d had a professional do it, and I consider myself a pro. I know how to do the turbo-tax thing, so it’s not that I can’t do it. However, at some level, I might have some blind spots. It’s worth having someone show those to you.

Douglas Goldstein: There are so many benefits apart from just having someone to bounce ideas off of. It helps to have advisors that you can tell, “Hey I’m thinking about this.” I often joke that I’m a financial advisor by day, but I spend a lot of time really as a marriage counsellor.

A lot of investment ideas aren’t super-sophisticated. However, most people mess their finances because they mess up their personal life. They argue with their spouse, or they just don’t share their goals with their spouse. That’s where I feel that I really add value when I talk to people to help them get on the same page. Even on my own website, I offer a lot of this stuff to show people what they need to do. It helps them to have an outside party to talk to.

Andrew Fiebert: : You don’t need me to tell anyone that you shouldn’t be in debt, or you shouldn’t have credit balance of some thousands of dollars. They know that, but it’s the unclear path specific to their life where help really comes in handy.

Where Are People Going Wrong With Personal Finance?

Douglas Goldstein: What is it that people are getting wrong these days about personal finance?

Andrew Fiebert: People don’t invest, and they’re getting caught up. They’re spending a lot to show that they have wealth when they don’t. The other thing is that even if they are saving and they’re smart, they’re not putting their money in something that’s going to beat inflation and pay for their retirement.

Douglas Goldstein: So people don’t invest, and two, they engage in conspicuous consumption, trying to show how wealthy they are. That requires a lot of debt, I suppose.

Andrew Fiebert: I’m in New York, and people are really flashy. They want to wear fancy clothes and all. However, there are only so many fancy shoes you can buy, and the only person you’re fooling is yourself.

Douglas Goldstein: One of the most important things that people can do, if they want to really feel important, is the amount of charity they give because that’s something you always have. The pair of shoes you buy will go bad. Also, you won’t like them in a month, and they’re going to get spoiled. The charity that you give is something that is forever with you. If people want to build their status, that’s the way to go.

Andrew Fiebert: I have discovered that no one really cares that much about you or your status, or any of that. Everyone is worried about themselves. But if you do good stuff, you’ll be a happy person.

Douglas Goldstein: What is the top skill that people should work on developing?

The Top Skill That People Should Develop

Andrew Fiebert: People should be more comfortable taking measured risks. People tend to get this analysis paralysis, basically shoving money into their mattress. They should, with their skill set, try to reach further and do things that challenge them or invest in things that make them slightly uncomfortable. You learn more when you put yourself in that space, and that’s where the real returns are. This pertains to typical money returns, happiness, or just mental growth.

Douglas Goldstein: You were at Lehman Brothers in 2008, when they fell apart?

Andrew Fiebert: Yeah I was.

Douglas Goldstein: Any lessons that you think the financial world or people have learned from the collapse of a 150-year-old bank?

Andrew Fiebert: At that time, we were doing good, and they knew it and we were the best. When you get into that mindset, you can’t see the forest for the trees and it’s easy to get a big ego. I always try and temper that so that I don’t let my success be my downfall.

Douglas Goldstein: Nice. Not letting your success be your downfall. People who study behavioral finance point out that when someone buys a stock and it goes up, he always goes, “Look how smart I am. I did that.” When the stock goes down, it’s always some other reason or, “Well, I’m still right but its eventually going to go up but maybe I’ll sell it just for the tax loss.”

People are so focused on how and just being correct that they’ll never buy. Learning from your mistakes is probably one of the most important lessons in life, let alone investing. What is the best way for people to follow you and your work?

Andrew Fiebert: They can visit www.listenmoneymatters.com. That’s our website. We have tools that I’ve built to help people analyze rental properties, measure wealth, and all that good stuff. You can also search for us on iTunes as we are one of the top investing podcasts.

Douglas Goldstein: We’ve put a link to that at the show notes of today’s show at www.goldsteinongelt.com. Andrew Fiebert, thanks so much for your time.