Are Rising Interest Rates Good for Your Investments? 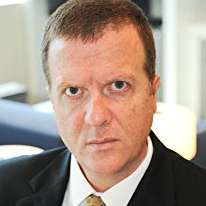 Recent reports indicate that the Federal Reserve is expected to raise interest rates again this year. What effect will this have on individual investors and your investment portfolio?

On today’s show, Doug discusses interest rates, their significance, CDs, and a bank deposit that may have a higher than average return. Listeners wanting to learn more on the topic can click here.

In the second half of the show, annuity specialist Stan Haithcock dissects the myths behind the advertisements and explains that an annuity is simply a contract, not even an investment. Find out why it’s critical to fully understand the contractual guarantees.

Learn more about Stan Haithcock and his work at: www.stantheannuityman.com

Annuity specialist Stan Haithcock dissects the myths behind the ads for annuities and explains that an annuity is simply a contract and not an investments. What do you need to understand when you take out an annuity?

Douglas Goldstein: I followed some of the articles you wrote on Market Watch and one of them that really caught my eye was when you said don’t fall for misleading annuity advertisements. I thought that was interesting because I think a lot of times people get very excited about all the good stuff of annuities and then they don’t realize what’s going on, on the backend. What did you mean by that?

Stan Haithcock: Annuities are the last bastion of the unregulated world of investments. You really can say anything, promote anything, run any type of ads you want, and pretty much get away with it because annuities are regulated at the state level here in the United States and there’s not a lot of oversight. This leads to a lot of misleading advertising, a lot of bait and switch, a lot of shiny things that they talk about. But, at the end of the day, annuities are contracts. They are not investments and so people need to be very aware of the contractual guarantees before purchasing.

Douglas Goldstein: When you say it’s a contract and not an investment, aren’t you giving the company your money and hoping to get back more?

Stan Haithcock: You are, but in most cases it’s a pure transfer risk. Most annuities are set up for lifetime income. So you are giving the money to the annuity company in exchange for them to pay you for the rest of your life regardless of how long you live and in that situation, you really don’t know what the return on investment or the ROI will be unless you know when you are going to die. Up until that point, it’s a pure transfer risk so you are telling them “Hey, I want you to pay me for the rest of my life for me and my wife, for me and my spouse for the rest of our lives – and that’s a transfer risk. Even when you buy an annuity for principal protection, you are transferring that risk to the annuity carrier to protect your principal.

Douglas Goldstein: You keep referring to them as an annuity company or annuity carrier. Normally I hear people refer to them as insurance companies. Is there a difference?

Douglas Goldstein: So it’s possible to get an annuity that is not issued by an insurance company and therefore doesn’t have the same tax benefits?

Stan Haithcock: No. Well, let me rephrase that. No from the insurance company but there are such things as charitable gift annuities, and charitable gift annuities are annuities but they are issued by non-profits, 501C’s, hospitals, you know, universities, places like that, that function just like an annuity that pays for lifetime income except the underwriter in this case instead of it being an annuity company would be the actual non-profit.

How Can You Know if an Annuity Is Not Properly Regulated?

Douglas Goldstein: What are some of the key words someone should look for to know that maybe this is an unregulated ad that you should run away from?

Stan Haithcock: Currently the two hot ones that I can point to is market upside with no downside. Number one, there is no such product on the planet, but that’s a typical indexed annuity pitch and index annuities are CD products so you are not going to get anything but CD returns regardless of what you are told. The second one is I can get you 8% or 7% or 6%, and in a ten-year treasury world where you know that a ten-year treasury in the United States is 2% or less, there’s not some genius of an insurance company that’s figured out how to get you seven. What that is, is an income rider which is a separate benefit for income. In essence, it’s monopoly money and a phantom account that can only be used for income. Jimmy Carter is not back in office. We don’t have high percentage CDs. So this is kind of a bait and switch for people who are yearning for high rates… but those aren’t real rates. That’s not real yield. It’s monopoly money that can only be used as a lifetime income stream calculation.

Annuities once again, you buy them for what they will do, not what they might do. You buy them for the contractual guarantees. If you come to me and say “Stan, I need some market return on my annuity” don’t buy an annuity and I know that just throws the variable annuity and indexed annuity, dream slingers under the bus… but reality is reality. If you want market return, do not buy an annuity. An annuity is sold for four primary reasons and the acronym is PILL. “P” stands for principal protection, “I” stands for income for life, “L” stands for legacy and the other “L” is for long term care. So principal protection, income for life, legacy and long term care. If you do not need to benefit from one or more of those solutions, you do not need an annuity.

Douglas Goldstein: Let me ask you about one of the other great things that people often say when they buy annuities. They say, “Look, I can get an upfront bonus. They’re giving me money, which is really great in the time when the market is down.” I know this is something you’ve written on too. Is that not a great deal?

Douglas Goldstein: I often find that things when they get more complicated are harder for the end user to calculate on his own. He needs a professional to break it down and say, “Well if you get the upfront bonus and you make this and you make that,” at the end of the day you’ll make some return. I think that once you find that they are adding in all these bells and whistles, there’s got to be something that really should make people look up and ask a lot of questions.

Stan Haithcock: Two things that I like to point out. Number one, never let an annuity agent show you hypothetical, theoretical, back test and projected non-guaranteed return scenarios. Always make them show you the contractual guarantees. The other thing that I recommend people do is when you are getting pitched an annuity and it sounds too good to be true, write down everything that agent says, sign and date it, spin that page around and have that agent sign and date it, that spin will weigh a lot for that agent. Or if they sign it, they own the promise and you have them, in most cases when you do that. The truth of that pitch will come out.

Douglas Goldstein: You said contractual guarantees. Is there a place a person can look to just get the bottom line of what the guarantees are?

Stan Haithcock: My site has one of the few that only looks at the contractual guarantee. I do not look at anything other than worse case scenarios because again, I do not think that annuities are investments. I think contractual products should be looked at for the contractual guarantees. Now, in this environment that we are in where people are a little bit scared of the market, this doesn’t mean you have to go all in on annuity. You need to understand what your problem is and then go solve it contractually and you have to keep in mind that you might not want to put all in the annuity world because the annuity, especially the income annuities, are primarily based on life expectancy with the payouts. Take a secondary look at interest rates and there are arguments whether interest rates are high or low. Most people think they are low, but if that’s the case, you might want to delay your purchase.

Is an Annuity a Good Idea if You Have Longevity in Your Family?

Douglas Goldstein: What if you happen to have good genes – your parents and your grandparents lived a long time and you believe you will as well. You do that whole exercise thing and you eat healthy foods. Does that just in and of itself make the annuity a better bet for you if you happen to have a lot of longevity in your family?

Stan Haithcock: It does because with a lifetime income guarantee, it’s in essence making a bet with the annuity company that you are going to live longer than they predict you are going to live and if you do live longer than that, then they are on the hook to pay you. So it’s a life expectancy. So if you do have longevity in your family then an annuity is going to be a better risk for you.

Douglas Goldstein: A lot of times people say “Well, I was told by my agent that I could buy an annuity in my IRA in order to protect my IRA.” What do you say?

Stan Haithcock: Annuities, once again, you look on just for just contractual guarantee so they can be purchased inside or outside of an IRA. Inside of an IRA, the taxation roles of an IRA applies, but a lot of people use annuities within an IRA especially the new QLAC, Qualified Longevity Annuity Contract to lessen their RMDs, Required Minimum Distributions, and have a future income stream. So they do work in specific situation with IRAs. But, once again, you should only look at what you are trying to settle for. If income is what you are trying to settle for, then inside of your IRA, can work with either a traditional income annuity or a qualified longevity annuity contract. This is a new annuity that just came out in 2014 that could lower your RMDs and give you a lifetime income stream.