Why Do People Invest in the Airline Industry? 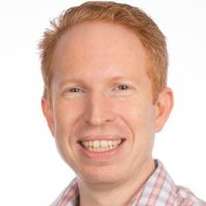 If you’re thinking of investing in the airline industry, what do you need to know? Seth Kaplan, managing partner of Airline Weekly and author of Glory Lost and Found: How Delta Climbed from Despair to Dominance in the Post-9/11 Era, explains how Delta Airlines reinvented itself and came back from its 2005 bankruptcy declaration. Find out the factors you should take into account if you are considering investing in an airline and what it takes for an airline to be profitable.

Why do people invest in the airline industry? Seth Kaplan, managing partner of Airline Weekly and author of Glory Lost and Found: How Delta Climbed from Despair to Dominance in the Post-9/11 Era, discusses Delta’s ups and downs and how the airline transformed itself from failure to success.

Douglas Goldstein: I'm very excited to have on The Goldstein on Gelt Show, Seth Kaplan. He is the managing partner of a fascinating publication, Airline Weekly. He's also the author of a book called Glory Lost and Found: How Delta Climbed from Despair to Dominance in the Post-9/11 Era. Seth, a real pleasure to have you. What was it about Delta that made it turn around and succeed after 9/11?

Factors That Led to Delta’s Turnaround

Seth Kaplan: It's not the only airline in the world that's ever turned itself around, but it conducted its turnaround in a way that was particularly interesting to us. Interesting enough to have spent four years researching and writing a book. To say that it was merely bankrupt is an understatement. In some cases, there are companies that are on an unsustainable path and in certain regards have costs that put them on a trajectory. They end up in a bad place, but with a couple of easy fixes like slashing costs and doing some of the things I’ve talked about in chapter 11, they quickly become healthy companies. That wasn't the case at Delta.

Delta was really on death's doorstep; a company that was truly in danger of finding itself in liquidation. It went from the position of being worse off than any other bankrupt company, to an airline that's admired by others around the world. The admiration did not stem just from its financial performance, but also for the fact that it conducted that turnaround in a way that left it with happy employees and customers. There's more than one way to make money in the airline industry. In Delta's case, all of its stakeholders, to varying degrees, seemed to be rather happy, and that isn't the case at other airlines who have turned themselves around financially.

Douglas Goldstein: How could someone have seen that Delta was about to turn around? Was there any indication or was it all luck?

Was There Any Indication That Delta Was Going To Turn Around?

Seth Kaplan: There were some early green shoots; certain indications long before they were widely noticed. We started working on this book in late 2011. That was sort of our business case for doing it, just because we covered the industry very intensely through our day jobs. We saw a trajectory that although it wasn't yet producing these world beating margins or earning billions of dollars more in the year, the pace of change was really impressive.

We decided to work on the book before the massive change happened so that by the time everybody else realized what had happened, we would have the story beforehand.

It was just doing unconventional things, things that have now become conventional in the airline industry. Delta had so much success doing them and other airlines have copied them, but at that time those things were considered unusual. Let me give you an example.

Seth Kaplan: For a lot of people, Southwest Airlines is a textbook case of a successful airline.  It's mostly a domestic U.S. airline, but it is among the world's largest airlines.  A lot of people literally read the book about how that happened. Southwest did that by keeping its airplanes in the air all the time and making them very productive. For most of Southwest's history, things like that are what gave it an advantage over its competitors. It was just very productive. Other airlines over the year tried to copy Southwest. Delta, during its darker days, tried to copy Southwest with these low-cost airlines within an airline, and had one called Song.

Although Delta learned some interesting lessons from it, it was a financial disaster. Finally Delta decided to be original and to be the best that it could be. It involved doing things that were very counter-intuitive. For example, we know that fuel has been very expensive over the last decade. Delta realized that its airplanes lost less money on the ground than it lost in the air. It’s a case of matching supply with demand.

Airlines never did that. They just flew the same schedule all year round and they took for granted that there are off-peak days of the week and there are off-peak seasons. It just means that there are lower fares on those days than during peak periods. Delta then said, "We don't have to accept that sometimes we're just not going to make money. If there's less demand on Tuesday than there is on Monday, let's fly less on Tuesday than we do on Monday. If there's less demand in September than there is in July, let's fly less in September than we do in July." There are actually some huge complexities towards getting there, but Delta did it.

Its competitors were rather skeptical. American, for example, has largely turned itself around, not to the same degree as Delta, but it's doing rather well. American - under its new management team - is flying a very seasonal and day-of-week scheduled airline. Delta is also happy to have an old fleet, which is part of what enables it to do that. When you have old depreciated aircraft that you already paid for, that you don't have huge mortgage payments on, you can park the airplane certain days without thinking about all the money you're spending on it. Very counter-intuitive, but very successful.

How Does The Airline Industry Make Profits?

Seth Kaplan: It’s remarkable. Reasonable and declining, in fact as time goes on. Air fares have done nothing but decline in inflation-adjusted terms over the years. The aircrafts have become much more efficient as time goes on. They burn far less fuel, for example. That gives airlines the ability to break even at lower ticket prices than used to be the case. It's also a less labor-intensive industry than it once was. An airline like Delta requires a lot more people to make the same amount of money or less, than let’s say Google or an IT company requires. More revenue with fewer employees. That tends to mean low margins, but they've gotten better at this and that's enabled them to turn what used to be razor-thin margins at best.

In a good year, they used to make a little bit of money if they were lucky, but they are now reporting some respectable margins. According to Delta, they don't just want to be a good airline.  They want to be compared to other high-quality industrials.  To be clear, this has been a renaissance for U.S. industry in general, with Delta at the front of that. The history was that a lot of airlines didn’t make money for a long time.

Douglas Goldstein: A lot of them just went out of business. If you were investing in an airline company, what would be the number one thing you would consider?

What Factors Should One Consider Before Investing In The Airline Industry?

Seth Kaplan: I would look at its balance sheet as this is still a shock-prone industry. Airlines feel like they've done a lot of important things to mitigate risks such as 9/11. I do believe that the U.S. airlines would be somewhat better off than they were. If anything on that scale or even somewhat less were to happen, they would find themselves in trouble. Part of the problem then was they just didn't have very deep pockets and they felt a cash crunch rather quickly.

You want to look at an airline that has staying power to get through such hard times in addition to the cash-flow.

Douglas Goldstein: Maybe it was helped by the publication of your book.

Seth Kaplan: You're giving me way too much credit.

Douglas Goldstein:  Seth, how can people learn more about you and the work that you're doing?

Seth Kaplan: Our newsletter is Airline Weekly. It's airlinewweekly.com.  If you just hop on Amazon and search for Delta book, it'll be the first thing that pops up. Glory Lost and Found certainly will get you there as well.

Douglas Goldstein:  Seth Kaplan, thanks so much for taking the time.