What Do You Need For Successful Investing? 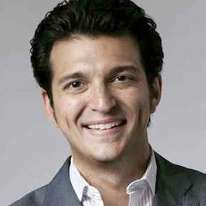 What are the necessary qualities for successful investing? Very often, investing success comes from making the right decisions. On today’s show, find out:

Another important tool for achieving investment success is self-discipline. Rory Vaden, best-selling author of Take the Stairs: 7 Steps to Achieving True Success, talks about the skills that you need to stick to your plan and why it is a good idea to work hard at the beginning to get good long-term results.

Rory Vaden, bestselling author of Take the Stairs, discusses the skills you need to stick to your financial plan, self-discipline, and why working hard at the beginning is essential for achieving long-term results.

Douglas Goldstein: Rory Vaden is listed as a bestselling author in The Wall Street Journal, The New York Times, and USA Today. He wrote a fantastic book called Take the Stairs.

Why should people take the stairs?

Rory Vaden: It’s really simple. If you study successful people or wealthy people and you really understand the truth about their lives, you will find that success with money, with personal health, with relationships always come down to doing the things we know we should be doing even when we don’t feel like doing them. In other words, success is not about taking the escalator; success is about taking the stairs.

Rory Vaden: It’s more than hard work though. I mean there’s plenty of people who work hard and don’t get great results right? But what it is about doing is doing the things you know you should be doing even when you don’t feel like doing them and that’s the metaphor of Take the Stairs. So it’s this idea of saying, “I am willing to do the things that other people maybe aren’t willing to do so that later I can have what other people won’t have.”

Douglas Goldstein: You sounded like Dave Ramsey. He often quotes that, and I guess you guys are from the same state too.

Douglas Goldstein: I like the way you phrase it and the way you explained it. But the problem is what you are describing is self-discipline and people actually have to be able to have self-discipline. Some people seem to have it and some people don’t. Is that something you feel people could in fact learn?

Can You Learn Self-Discipline?

Rory Vaden: Everybody has self-discipline, even the people who think they don’t have self-discipline. The part that they don’t typically understand is we all have discipline. It’s just that discipline becomes dormant in the absence of a dream. And so the paradox principle of sacrifice which is the first of the seven strategies in Take the Stairs says that easy short-term choices lead to difficult, long-term circumstances. Meanwhile, difficult short-term choices lead to easy long-term consequences. So there’s great paradox here. It’s what seems like the easy way in life. Eating whatever we want, saying whatever we want, buying whatever we want even if we can’t afford it. Those things that seem easy are actually the vehicles to the more difficult life. And inversely with the things that seem hard right? Working out when we don’t feel like it, eating certain foods, saving or investing money instead of spending it – those things seem hard, but actually those are the vehicles to the easier life and it’s this paradox that only a few people understand. So Take the Stairs is not about making your life as hard as possible. It’s the exact opposite. It’s about making your life as easy as possible but it’s predicated upon the notion that only a few people really understand that the shortest, most guaranteed path to the easier life is to do the hardest parts of things as soon as possible. So the most disciplined people in the world, they don’t like discipline any more than the rest of us. What it is, is that they think differently about it. Their brain processes these choices based upon that long term perspective when most people only evaluate based on the short term.

Douglas Goldstein: I want to go back to this issue about how people can develop the ability to do that because you know you are describing exactly the opposite of what society seems to be pushing today – which is instant gratification. You are saying, you know, take it easy and do the opposite.

Rory Vaden: And people mistake discipline as being slower. They mistake it as being the slower – and it’s not slower. It’s faster. It might be slower at first but it’s like instead of just walking across the country, you are taking the time to build a car, and then you’ll get in the car and then you will catch up and surpass everybody very quickly. So there’s nothing slow about it when you think longer term. It is something you have to develop and I think another thing that people don’t always understand is the connection between self-discipline and integrity. So the creation principle of integrity is one of the seven kinds of core distinctions in the book, which is really all the book is – seven misconceptions people have about self-discipline. But integrity, the creation principle says means you think it, you speak it, you act, it happens. All of creation whether it’s building a company, building a financial portfolio, building a table, building anything, it follows this process. You think it, you speak it, you act, it happens. And the way that you practice discipline is simply by practicing doing what you say you’re going to do and you build that muscle, you build that skill just like somebody trying to build his arm muscle would do bicep curls and as you develop that skill, you develop more confidence and more clarity and more power around the idea that I am a person who can do the things that I say I’m going to do and it starts with the smallest commitments. The smallest agreements – the smallest secrets or things that you say you are going to do. You have to follow through on all of that and as you do, you develop this courage and this confidence and this clarity that you can be disciplined, you can do anything you want once you say you are going to because you have that skill, you have that strength of integrity. You think it, you speak it, you act and then it always happens just as a bi-product.

Douglas Goldstein: I am glad that you are talking about this because my job in real life is that I’m a financial advisor and a huge part of what I do is to coach people to try to make wise decisions about their money. Quite frankly, I’m often struggling with the people because they don’t want to do the right things. I can tell them all day the importance of saving and investing and asset allocation, but you know that’s work. Give me a hand. What would you tell me as a coach so that I can help people to actually begin to make good decisions?

How Can You Help Other People Make Good Decisions?

Rory Vaden: It’s not easy. It’s a hard thing to create a culture and to get yourself to do the things you know you should do that you don’t feel like doing. It’s a whole other level to be what we call a “Take the Stairs” leader and to get other people to do it. So there are a couple of things that you can do. The first one is to just always be talking about the long term. Teach people the value of the long term. Show them empirically what the results are of having a long term perspective instead of a short term perspective. The more you can be talking about the long term, demonstrating empirically the value of a long term, it will be helpful. The other thing you can do is lead by example. Now with your clients, I don’t know exactly how that plays out other than maybe you sharing some of your own personal investment strategy and your philosophies which you are doing. Then, the other thing is education. It’s just teaching them. Most of these concepts are like the paradox principle. Once somebody understands it, and we understand subconsciously that doing the hard things now may create an easier life later on. But, until it moves into your consciousness then it’s not a principle that you live and operate your life by. So that is what you have to be doing. Part of it is education and so I think those will be the three best things. Demonstrate the value of the long term, model the value of the long term, and then educate people on the value of the long term. You have to teach them.

Douglas Goldstein: What will be the first step to developing this outlook?

Rory Vaden: Changing your perspective and realizing that this isn’t a short term diet plan. This isn’t a 90-day fix or a program that you are going through. You have to embrace something we call “The Rent Axiom” and the rent axiom says that success is never owned. Success is only rented and the renters must work towards their goals every day.

Rory Vaden: I would encourage you to go to www.roryvadenblog.com and you’ll get free accountability three times a week. You can sign up in the top right hand corner and three times a week I will be emailing you insights and inspiration. It’s all free. There’s loads of articles out there and inspiring stories. So just go over to www.roryvadenblog.com and subscribe, and we will stay in touch.