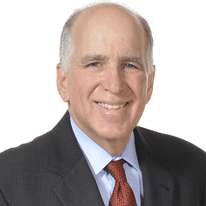 Every U.S. citizen, even if resident abroad, has an obligation to file American taxes. This law applies even if you don’t owe anything.

Veteran U.S. accountant and tax advisor Philip Stein explains what your tax obligations are to the IRS as a U.S. citizen living abroad. Find out what you need to report, what happens with Israeli retirement accounts and your keren hishtalmut. How much information does the IRS require from Americans who are resident overseas?

Does your retirement planning include investing in an ETF (Exchange Traded Fund)? Listen to a detailed description of the different kinds of ETFs that are available, how they work, and how to decide if they are an appropriate investment for you.

Neither Profile nor PRG gives tax or legal advice. Dual citizens are advised to consult with a tax attorney who is knowledgeable about dual citizens.


Watch From the Mid-West to the Middle East on YouTube.

Accountant Phil Stein, founder and CEO of Philip Stein & Associates, explains what U.S. citizens need to know if they move to Israel. Find out about filing U.S. tax returns from abroad and the Israeli pension system. What happens if you retire in Israel?

Douglas Goldstein:  I’m very excited to have on The Goldstein on Gelt show, Phil Stein, who is the Founder and CEO of Philip Stein & Associates. His firm is the largest U.S. CPA firm in Israel. He was one of the first accountants to work in the Israeli high tech scene in the 1990s, and today he’s got offices in Jerusalem and branches in Beit Shemesh and Ramat Gan. He has a wealth of experience when it comes to tax issues that U.S. citizens face in Israel. Philip, what are the biggest challenges facing U.S. citizens living in Israel in filing their tax returns?

Phil Stein:   Actually, back in the day, the biggest challenge was being able to file your return before there was internet and before there were faxes and e-filing. Today I’d say the biggest challenge facing U.S. citizens is the fact that the IRS has raised the bar in terms of compliance. They’re requiring a lot more information from U.S. citizens, certainly reports on foreign bank accounts and reports on foreign investments. There’s a lot more compliance required if you own a company or if you’re a beneficiary of a trust.

Those may have been forms or requirements that had been around a long time, but for the most part the IRS was ignoring them and practitioners were ignoring them. Now, in this digital age, sometimes clients are overwhelmed by the amount of data they have to put together in order to be compliant just because they live outside of the U.S.

Douglas Goldstein:  Let’s break that down a little bit. In terms of the information you have to share with the IRS regarding your Israeli accounts, does that include a house that you own in Israel?

Phil Stein:   You don’t have to tell them about your house unless you’re renting it out, and then it would be rental property. Under the FATCA regime, you have to report if you have foreign bank accounts including, in my opinion, retirement accounts. You are supposed to monitor them and report the highest balance that you had during the year.  Maybe you had money transferred in from you, from one of your brokers or if you have accounts that you manage for a client and they brought in for one day just to help buy an apartment or upgrade. That may have been in February and now it’s a year later, and they’re having to fill out their FBAR and they don’t remember that their account was that high for a day or a couple of days.

Douglas Goldstein:  Is it really important?

Phil Stein:   I don’t find that they monitor those things very closely, unless you entered into a voluntary disclosure program where everything is under a microscope.

Douglas Goldstein:   What if you neglect to do it or you decide that your Israeli pension plans are not relevant for the IRS?  Are there any penalties?

Are There Any Penalties From The IRS?

Phil Stein:   Nowadays, there’s a form within the 1040, form 8938. The penalty for not filing is $10,000 per violation. That’s a pretty stiff penalty. We have not seen the IRS really pull out that stick and hit people. That only happens when one is caught by the IRS or when one is under voluntary disclosure and they’re willing to pay those penalties to clean up their past.

In my opinion, because of the Israeli banks people are now filling out the W-9 form and sometimes a test that they are in compliance with U.S. tax law. So if someone hasn’t been filing their tax return or hasn’t been filing an FBAR, they’re perjuring themselves.

I think we’re going to soon move into the next stage of FATCA, in which the banks will be starting to transfer information to the Israeli Treasury, who will in turn transfer it to the IRS. It won’t be too long before people start getting letters that they got information about their Israeli bank or the IRS. “But we don’t see it on your return,” or “we don’t see it on your FBAR.” The message to U.S. citizens is to comply, do the best you can, and you’ll solve a lot of potential problems down the road.

Douglas Goldstein:  As a side note, Philip Stein also has a great show called, From the Midwest to the Middle East which you can find on iTunes and elsewhere.

Philip and I have worked together with a lot of clients together because we both work in this special niche of Americans who live in Israel and have a lot of questions and requirements in both taxation and investing. A lot of our clients may not be great with Hebrew. They hear terms that you and I might just refer to as retirement plans or pension plans or work plans.  What are some of those terms in Hebrew? How do you feel they can report them on their FBAR?

Phil Stein:  The most common terms for people who are working or have worked here are Keren Pensia and Bituach Minahalim. Those are the two most common types of retirement plans that exist for people who work here in Israel. Probably the closest thing to an IRA is called a Kupat Gemel. That’s something that people on their own can set up and put money away for themselves or for their kids.

There’s no U.S. counterpart for this word, but it’s probably one of the most popular vehicles for saving money. The reason I say it’s not a pun is because they say most people who use what is called a Keren Hishtalmut to buy and replace and upgrade their cars. It’s a fund where your employer puts 7.5% of your income up to a certain ceiling and the employee puts in 2.5%. The money grows tax free, deferred. If the employee doesn’t touch the money for six years, they can take it out tax free. That’s why people end up buying their cars every six years.

Douglas Goldstein:  Tax free in Israel, but how about as far as the IRS?

Phil Stein:  Tax free in Israel. In the U.S., we declare these accounts. We feel that they have to put it on their FBAR. We feel there are ways of reporting them on your U.S. tax return to mitigate the U.S. tax consequences when you take the money out.

Douglas Goldstein:  That sounds like something that needs the assistance of an accountant or a tax advisor.

Phil Stein:  Very much so. For us, it’s something we do all the time, and people don’t need to be afraid. First of all, if their employer offers them what’s called a Keren Hishtalmut, again, there’s no U.S. counterpart for it but it’s sort of, an employee savings plan, they should not be afraid to take it. They certainly shouldn’t be afraid to take the money out when the time comes.

Douglas Goldstein:  There’s been a lot more auditing going on recently from the IRS to people in Israel. What’s your feeling on that?

Phil Stein:  For the first 33 years that I lived in Israel, there were very few audits done. In fact, in the old days there was a branch of the IRS in Rome and they used to come once a year and do a few audits.  There wasn’t very much interest in people who lived outside of the United States.

About four years ago, the IRS realized that there was a lot of fraud taking place in the child tax credit.  This is a refundable of $1,000 per child under the age of 17.  People were creating earned income in order to get these refundable credits. The IRS then decided to make a very big push to do audits. That project officially ended about a year ago. I think we’re back to the old model now. Perhaps a few audits are done long distance, the ones based on digital information that the IRS receives. However, the worst period where there were a lot of people getting audited, that’s behind us.

Phil Stein:  They can visit our website, which is www.pstein.com. They can also listen in to our podcast, From the Midwest to The Middle East. I also have a blog and our local phone number, our number for all the offices, is 02-644-4000.

Douglas Goldstein:  Philip Stein, thanks so much for your time.