What You Need to Know About Choosing a Financial Advisor 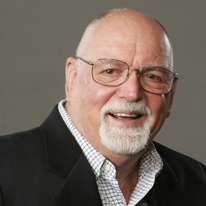 A good financial advisor will make sure that you understand your investment goals.

Are you trying to get rich or to avoid being poor? Are you saving for a specific goal or do you need your investments to supplement your income in retirement?

Dennis Miller, author of Retirement Reboot talks about the differences between “regular” and “retirement” investing, and how to deal with inflation risk when making financial decisions.

Dennis Miller, author of the blog Miller On The Money, discusses overseas investing opportunities and how changes in foreign currency values affect us all. Find out how your savings objectives change after retirement, and whether you need to worry about the future of Social Security.

Douglas Goldstein: You may know Dennis Miller from his website, Miller On The Money. Recently his MarketWatch article, How Investing Retirement Money is Different, sparked a lot of interest.

So let’s ask the question: How is investing retirement money different?

Dennis Miller: It’s an interesting question. We work through life, and then we get to the point that we retire. We always used to joke about the fact that I’m no longer trying to get rich. I’m just trying to avoid getting poor, but that actually describes it. If I could use a quick analogy, those who invested money in some of the 529 programs and the other plans used for generating your children’s college fees, wanted to get spectacular gains, or they could have built up a nest egg and by just saving money and compounding it. By the time that the child starts attending 8th, 9th, 10th grade, you are no longer interested in taking the risk. You are interested in preserving your capital and when you expand that thought over lifetime savings,, that’s exactly the same thing. Baby boomers today are more interested in preservation of capital so that they don’t outlive their money. That’s a different goal to saving for a child’s education.

Douglas Goldstein: We are looking at making sure that you don’t outlive your money. The problem is, though, that interest rates are so low today. How are people actually supposed to pay the bills if they can’t just put their money in the bank and rely on getting a reasonable rate of interest?

Dennis Miller: That’s a tough question because an entire generation is faced with the problem. Our generation was led to believe you could do just what you suggested, live of the interest, and never touch the principle. Years ago I sat down with a professional advisor like yourself and we ran all the numbers. You could always get 6% on the CD, but you can’t anymore. I’ve had actually two conversations this week with the executives who said, “You know the first time you have to touch the principle, it’s terrifying because that’s not the way we were brought up.”

Now to get to your question, I think what’s happening is that governments, through their interest rates policies, and this is all over the world, are forcing investors to go from what Benjamin Graham used to call passive investors to becoming active investors. Finding relevant investments that are going to continue to appreciate and throw off capital but do it safely is like finding needles in a haystack. I am really, really pushing that investors may require professional help. You can’t just go buy an S&P 500 fund anymore and expect to meet your goals. It’s a challenge, and you need help in order to meet that challenge. It’s getting tougher by the day as far as I can see.

Where Should You Put Your Money?

Douglas Goldstein: There are people who claim that at the end of the day, the stock market always outperforms everything else and that’s where you should put your money. What do you think about that?

Dennis Miller: I have a problem with those who are advocates of buy and hold. You know that the stock market always comes back. I’ll give you a real world example. There’s a group of guys that have breakfast together regularly, called the “ROMEO Club,” Retired Old Men Eating Out. When the stock market crashed in 2007, some of these guys saw their 401Ks drop by as much as 40% to 50%. Now you remember the old rule that you could take out 4% and you’d be okay. Well, they still have their bills to pay. So now instead of taking out 4%, they have to take out 8% and there’s no guarantee that the market is going to come back within their lifetime. How many years did it take the market to come back after 1929? Well, the stock market may come back, but there is no guarantee that by the time it gets there, you haven’t drained your capital down so far that you are never going to be able to recover. You’ve got to be much more active.

Douglas Goldstein: The Nobel Prize winner Eugene Fama once said that you should look at investments like you look at a bar of soap. The more you touch it, the smaller it gets. Do you think he’s on to something, or do you think people really should be active investors?

Dennis Miller: I think people should be active investors with professional help. I get too many of these newsletters that you get in the mail everywhere. They’re bombarding your inbox. You know, gain 29% in the next 90 days, guaranteed to triple your money over the next three years. That’s liquid soap to start with. I think what has to happen is there is no substitute. I work with some very, very good charted financial analysts. They are experts. They are going in and digging deep. There are investments out there that you can look at, that maybe won’t set the world on fire, but we don’t have to set the world on fire. We just have to stay ahead of the game, and what you must do is be very, very selective. I think the soap analogy is right, if the investor is not getting proper help and really doing his homework. One point that I might add is that you don’t go the whole hog when you find your investment. That’s another point where you can get into trouble. You have to really diversify and limit your risk, no matter how good that investment looks.

What About International Investing?

Douglas Goldstein: I know that you also talk about international investing and that’s a hot topic for people who listen to The Goldstein on Gelt Show because a lot of them live in Israel. They do invest in America, or through America, but they think globally. Do you think that’s an important part of a retiree portfolio?

Dennis Miller: Absolutely, particularly for Americans and those who are invested in euros. Take a look at the negative interest rates that the European countries now have, and look at the U.S., which is printing up trillions and trillions of dollars, and the Japanese, who are trying to outdo them. There is no guarantee that any single currency in the world is not going to be subjected to higher inflation. And just like you would diversify a portfolio to minimize your risk, you have to diversify your risk in your currency. You can be the greatest investor in the world, investing in Zimbabwe or Venezuela, and end up being broke anyway.

A real story: my analyst, who is actually a Russian immigrant, and his mother were saving to buy an apartment. But the ruble kept getting devalued and her life savings ended up being worth $30. It’s terrifying. You’ve got to diversify among countries around the world because your currency risk is just too great.

Douglas Goldstein: Let me go into another area that people are afraid of, which we would like them not to be. This is the future of Social Security. Now, when you or I get a report from Social Security, on the front page it says that in several years Social Security is not going to have enough money to pay its monthly obligation to all of the retirees. Do you think this is something that people should be worried about?

Dennis Miller: Absolutely. As a matter of fact, I get into crosshairs with a lot of the financial planners like yourself and your peers, because so many of them are saying it’s a no-brainer. Don’t take your social security until you’re 72 or 73 because you’d get an 8% return. My question to them is, can you guarantee that the government won’t change the program in the next eight years? Can you guarantee that I’m going to live the next eight years? Can you guarantee they’re not going to means-test it? They are already talking about it in Congress. Social Security is the one annuity that is supposed to be the best in the world except for one issue. The issuer of this annuity can unilaterally change the contract at will and has a history of doing so. That’s a risk.

Douglas Goldstein: How can people follow you and learn more about the work that you are doing?

Dennis Miller: I’ve got a free blog, www.milleronthemoney.com. I’m hoping to build up my readership so I can advertise and keep it free. I like to look at myself as the advocate for many of the people that you are talking about. I don’t have a vested interest in managing their money, and this is the peer group I am in. These are the people who are living it in the real world every day. I’m trying to educate them so they understand what’s going on so that they can take appropriate steps to protect themselves.