How Much Money Should You Save For Retirement? 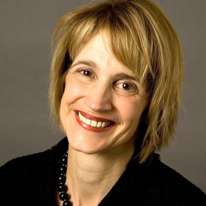 How much money do you need to save for retirement? Labor economist Teresa Ghilarducci, author of How to Retire With Enough Money: And How to Know What Enough Is, explains how to make this decision, based both on rules of thumb and your personal situation. Find out how to avoid the most common mistakes that people make when planning for retirement.

Doug Goldstein, CFP®, talks about withdrawing from your retirement savings. Learn about the adverse results of not taking “required minimum distributions” on today’s show.


Watch How to Retire With Enough Money on YouTube.

Teresa Ghilarducci, labor economist at the Schwartz Center for Economic Policy Analysis and author of How to Retire With Enough Money, discusses how to plan a successful retirement. Find out if you can manage with Social Security and how to make sure you have other resources for the future.

Douglas Goldstein:  I’m very happy to have, on The Goldstein on Gelt Show, Teresa Ghilarducci, who is a labor economist at the Schwartz Center for Economic Policy Analysis. She recently wrote a book called How to Retire with Enough Money to help people understand what they really need to know about retirement. Teresa, a real pleasure to have you. How does someone know if he/she has enough money to retire?

Do You Have Enough Money To Retire?

The best thing that experts like me do is to give people a rule of thumb. One good rule of thumb is that you need to have at least eight times your pre-retirement salary when you retire.  Some people get a pension, which is a promise. It’s a promise to have a certain amount of money paid each month for the rest of your life. If you have a pension that pays $500 per month for the rest of your life, that’s worth about $250,000. You have to make sure that you have all your sources of income lined up and then you add up what its value is to see if you’ve reached your target.

Douglas Goldstein:   Pension can be Social Security or an annuity that a person has, or just a pension from work. Do you think people can fully rely on those, or should they be relying on themselves?

Is Social Security Enough For Retirement?

Teresa Ghilarducci:   You should absolutely rely on Social Security. There’s always a lot of debate about whether or not it would be solvent, but there’s nothing that I know about the system or about the way the American government has treated the system that makes me think that any of us won’t get what we’re promised.

You can rely on Social Security, but for a lot of middle-class people, or people who are above middle class, that is people who make than $50,000 per year, Social Security is worth about $190,000.  If you are one of the few people among about 20% of workers now who will get an annuity for the rest of their life, if it’s an ongoing government like a state local government, or a big firm, you probably can count on that too. However, that won’t be inflation-adjusted like your Social Security benefit is.

Most pension plans won’t be enough for all your needs.  Can you rely on what you’re getting, or do you need to be on your own? The answer is both. You can rely on what you are promised, but you also have to add more to it. Most of us need about a half a million dollars or more in the bank in an individual retirement account or a 401(k) account to be in good shape.

Douglas Goldstein:   Talking about inflation, do people need to be worried about it?

Teresa Ghilarducci:   Most of the things that you’ll invest in are going to match the rate of inflation. If we’re going to have a lot of inflation, then the assets that you will invest in will have a high rate of return. Inflation is a worry, but it’s not the biggest worry.

Douglas Goldstein:  Are people really saving enough?  Are they planning in the right way towards their retirement?  What’s the number one mistake that people are making that could be fixed right now?

Points to Note Before You Retire

Teresa Ghilarducci:   There’s a lot that people can do on their own to make sure they have enough money to retire. A lot depends on how old they are. What you need to do, if you are aged between 40 and 50, is to have a plan to get out of debt so that you have no debt when you retire. You should be on a path where you don’t have a mortgage when you retire, hopefully owning the house that you live in or having saved enough money to pay off your mortgage.

One big mistake that people have is taking on too much mortgage debt. If you pay off your mortgage, it’s a way to get a guaranteed rate of return. You get a tax deduction if you pay a 3% mortgage or a 4% mortgage but even after the tax deduction, you’re paying the bank something that you actually could keep.

Douglas Goldstein:   A lot of people know about the tax deduction, but they aren’t taking full advantage of it.

Truth is, even if you get a deduction for something, you still have to pay for it. Why pay a bank and get a little bit of the deduction or even a big deduction when you can actually save all the money for yourself?  Most people don’t get much of the deduction because they are not in a high tax bracket anyway.

If you can’t afford the house you are living in, or the one that you want to buy without taking on a big mortgage, you simply can’t afford to live in that house. Pick one that’s smaller; one that has less square footage and one that you can pay off by the time you are 65.

Douglas Goldstein:  I know that many people move to a place that’s out of their jurisdiction that might even be cheaper to live.

Teresa Ghilarducci:  Exactly. Move to a different neighborhood. Many people listen to their banks or brokers, not realizing that these people aren’t even their financial friends. They are out to sell stuff to them and they would love you to borrow money from them.

It’s important for people to use their own common sense or get advice from someone that’s not conflicted.  Some source that doesn’t make money based on how much debt you take on.

Douglas Goldstein:  Here in Israel, people are able to take money out of certain plans. The insurance company called me because I wasn’t so impressed and I wanted to take the money out. They pressured me to keep the money in, but what they really wanted to sell to me was a loan against my own retirement. Which other mistake do people make when it comes to retirement?

Douglas Goldstein:   Those are great numbers. Teresa, how can people follow you and learn more about the work that you are doing?

Teresa Ghilarducci:  First, people can buy my easy to understand book, How to Retire with Enough Money and How To Know What Enough Is.

If people want to follow me, they can just Google “Teresa Ghilarducci.” The key words ‘pensions’  ‘how to retire’ will help them find me faster.

Douglas Goldstein:   Teresa Ghilarducci, thanks so much for your time.