How to Make Sure Your Retirement Goals Are Feasible 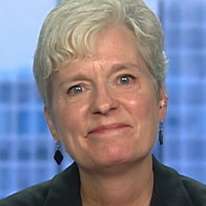 Kiplinger’s columnist Jane Bennett Clark explains why your retirement plan should include doing a “test retirement” to see whether your retirement goals are feasible. Make sure to include practical issues, such as where you will live, what you will do, and what your sources of income will be, in planning for retirement.

Jane Bennett Clark, popular columnist on Kiplinger, explains why retiring doesn’t have to mean doing nothing meaningful for the rest of your life. How should you plan for retirement and what should you do about Social Security?

Douglas Goldstein: I'm very excited to have on The Goldstein on Gelt Show Jane Bennett Clark. She writes articles about retirement on Kiplinger and has a bi-monthly column there. Jane, most people don’t completely know how they are going to plan for their future. What do you advise them?

Actively Planning For Your Retirement

Jane Bennett Clark: You really have to actively plan what you're going to do in retirement. You can't just show up on Day One of your retirement with nothing in mind. Some people advise practicing retirement before you actually leave the workforce. For instance, if you think you might want to move to Florida, it's a good idea to take a trip to Florida in the summer time and check out the heat before you've picked up your stuff and moved down there. If you think you're going to take a bunch of road trips, take a couple before you actually get to that point. It's really actively thinking about retirement and making a plan that seems feasible, trying it out a little bit. That's for what you're actually going to do. Then the second part is figuring out how you can pay for it. That's a whole other thing.

Douglas Goldstein: Let's get to the financial side because money is the topic that I'm always interested in. People often ask, “How much more money can I have? How much for my portfolio-growing?” I tend to think that's a mistake when people look at it that way. How do you feel about it?

Douglas Goldstein:  How does that relate to spouses who might have spent the past 30 or 40 or 50 years not spending all day together, and then all of a sudden they're thrust together because they're both retired?

When Both Spouses Retire

Jane Bennett Clark: It can be tough.  People end up in retirement sometimes not even realizing that they have very different ideas. Maybe one spouse wants to move to a warmer climate and the other spouse wants to be near the grandkids. That can really cause problems later if you haven't discussed that ahead of time and maybe come up with a compromise.

Douglas Goldstein:  I once had a couple that came in. I was going to be presenting the financial plan, which is this big meeting where we follow up on all of our discussions. It's the summary of where they're going, and the husband arrived a few minutes early. He said to me, "Doug, I really love my wife and I bet she'd really love a new car. You can build that into the plan." I said, "Listen, I'm going to be presenting the plan in five minutes. You can't come and tell me new information like this, but the next time we'll talk about it." Because what was I going to do at that moment?

We're sitting in the meeting and just out of the blue, the wife says, “I don't really need a car anymore. I don't like driving that much and I prefer to take the bus." You can see this guy had no concept of communication with his wife. What are your thoughts about that?

Jane Bennett Clark: People have to talk to each other. It’s an important part of retirement planning to check with your spouse as to what their plan is.

Douglas Goldstein: Let's get to the money part of this. The vast majority of Americans use Social Security as the main source of income during their retirement, and yet there are so many different strategies for taking it. What would you think is the best way for someone to start taking Social Security?

Jane Bennett Clark: It really depends on your circumstances. The things that you need to consider are, first of all, your life expectancy, your health, and also your finances. If you've been laid off from a job at the age of 62 and you're just eligible for Social Security, all the while struggling to make ends meet, I don't think it's a hard decision to decide to take Social Security. However, if you have a really long life expectancy based on your family history, but you're not sure that your savings are going to last for another 30 or so years, it probably would be a good idea to delay Social Security. You get an 8% boost on your benefit after full retirement age until 70. You could really beef up your guaranteed income by waiting, but again it really depends. If you have a short life expectancy, maybe you have a chronic disease or family history where people die in their early or mid 60's, then you want to take that money because realistically you might not live long enough to get what you deserve.

Douglas Goldstein: The Social Security administration, in their calculations, assumes that everyone should get the same amount of money. If you start later you get a higher monthly income but for fewer years, and if you start earlier, you get less every month for more years. There are people who fret over this a lot. Is there any point in doing this?

Jane Bennett Clark: People do get a little crazy about the whole “I don't want to leave money on the table or I don't want to die before I get every dollar that's owed me”. When you look at it, you are going to be dead, so you’re not really going to be here. The Social Security administration doesn't know you and it doesn't know your circumstances and you're the only one who does. It's a decision that you have to make knowing what your circumstances are.

Douglas Goldstein: Let's talk about another way people make money in retirement, which is working. When someone retires, do you think he has to completely stop working?

Does Retirement Equal Sitting In The Rocking Chair?

Douglas Goldstein: Do you think that it's reasonable to plan on that or do you just see that as a bonus?

Jane Bennett Clark: I think it’s a good idea to plan for that. There are a number of reasons why you might want to work past a career job, and one of them is that maybe you want a job with less stress. You still want to be constructive or maybe you need the money. It’s definitely a good idea.

Douglas Goldstein: I read a study, and I'm sorry I don't have it in front of me, but it was a study about retirement. People had been asked if they intended to continue working after retirement. Most people said that they intended to work way past retirement. It turned out that pretty much on average, they all ended up retiring at standard retirement ages for one reason or another, mostly health or just being too tired. I'm nervous when people tell me that part of their actual income plan for retirement is to continue working. The challenge is when people need more money, but with interest rates being so low, what do you think they should be doing to make sure they have enough monthly income in terms of their investments?

Jane Bennett Clark: You have to decide what guaranteed income you're going to have in retirement. You have to make a budget and figure out what your expenses are going to be, and how you're going to pay for that. If there's a gap, then you have to have the savings to finance that gap. If you don't have the savings, you might have to work longer. If you can't work longer, which does happen to people, then you'll need to change the plan accordingly. There's a lot of different ways to approach retirement and making your income last in retirement. Again, it depends on your circumstances.

Douglas Goldstein: People have to realize, especially today when interest rates are so low, that you should not try to find an investment that's going to pay you what you feel you deserve or what you want. If rates are 0%, or 1%, or 2%, and you find something that's paying 10%, there's real risk there. You’ll need to ask yourself, what if it went down 50%? How would that affect me? Don't reach for the stars. You've got to really keep your feet on the ground when you're planning for retirement.

Jane Bennett Clark: I agree. But you have to assume some risk in retirement. You have to keep some of your investments and stocks because you have to get some growth, especially today when there's just nothing going on. On the other side, you have to continue to invest and have a portfolio that includes stocks even into your late retirement.

Jane Bennett Clark: The website is kiplinger.com. You might consider getting a subscription to the magazine also. You'll have to go online to see how you can do that, but definitely go to www.kiplinger.com and check it out. We have some great material on that website.

Douglas Goldstein:  Okay, super. We will put a link to that at the show notes of today's show at goldsteinongelt.com. Jane Bennett Clark, thanks so much for your time.

Jane Bennett Clark:   Thank you for having me.