Why Investors Need to Know About Inflation and Unemployment? 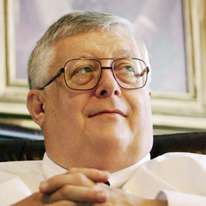 Do the government’s inflation and unemployment figures really give an accurate picture of the economy?

How do inflation and unemployment statistics affect investors, especially if those investing in TIPS (Treasury Inflation Protected Securities)?

Also, in this financial podcast, find out how to manage your money when you live outside the United States. How should you plan your retirement, and what should you do with your IRAs?

How accurate are government statistics? Economist John Williams, who runs a site called ShadowStats, talks about statistics and inflation rates and what they actually mean.

Douglas Goldstein:  I’m very excited to have on The Goldstein on Gelt show, John Williams who’s an economist. He’s consulted with individuals, as well as Fortune 500 companies, and he runs a site called ShadowStats.  What is ShadowStats about, John?

John Williams:  In my website, I cover the quality of government reporting, which has generally deteriorated over the years. I’ve seen a lot of methodological changes that have moved the numbers away from reality. I discovered that early on and found that I had to become a specialist in that area. I’ve looked at the differences and where you’ve had gimmicks and there’ve been a lot of gimmicks built into these numbers. I’ve estimated what the numbers would be without the gimmicks. Surprisingly, I’m looking at a much higher unemployment rate, higher inflation and weaker economic statistics in the government’s reporting.

Is It A Conspiracy?

Douglas Goldstein:   The way you’re describing it it sounds like some kind of conspiracy. Who are the people who have developed this conspiracy to hide this true information from the public?

John Williams:  I don’t know that it’s a conspiracy so much as, it is just the way the system has evolved over time. I’ve been doing this for a number of decades now; back in 1983 the Bureau of Labor Statistics found it had underestimated the jobs growth coming out of the steep recession of that time.  They added in a monthly bias factor to compensate for that, as it was explained to me. It was a political embarrassment for them to overstate the jobs growth, but you didn’t want to understate the jobs growth. You have that element.

On the other hand where are the inflation numbers? There you have a very direct manipulation for effectively what I would consider to be very bad political reasons. If you go back to the 1990s, you had Alan Greenspan and others, such as Michael Busking, who’s on the head of the Council of Economic Advisors. They were moaning and groaning that the consumer price index overstated inflation and if they could only reduce inflation or get a more accurate reporting of inflation that showed a lower inflation, it would help them cut the deficit; the federal deficit. That cost of living adjustment would be less, and people would be pushed into higher tax brackets - all that would help the deficit.

Their reasoning for why the CPI was overstated was, ‘We have a circumstance where steak prices get too expensive, or people will buy more hamburger, or chicken and they’re not spending as much and that’s why your cost of living isn’t as much.’ That might be one definition of inflation, but the way that most people look at it and the way it had been viewed for centuries, was that inflation was measured in terms of a constant standard of living or the cost of maintaining a constant standard of living. The reason you want to do that is that people commonly use an inflation measure to estimate how much your income had to go up. They did this so that they could continue to live as they were, or to target their investment return.

What they did here was move away from the concept of a constant standard of living - they put in substitution factors. They also added what they called ‘hedonic quality adjustments,’ which had the effect of reducing inflation for improved quality and products that the consumer really didn’t recognize.  Up through the 1990s the consumer price index had been a fairly consistent and good number in terms of estimating what an average cost of living was for a constant standard of living.

It no longer measures that and no longer measures out of pocket expenses either. What they came up with was a CPI, designed specifically for government use to maximize the government’s financial return at the expense of the general public. They’re giving the public bad information where they’re not covering inflation when they look at the government CPI numbers. That was never explained to the public and that I really think was effectively criminal.

How Does This Affect The Investor?

Douglas Goldstein:   How could this effectively injure someone who is an investor?  One of the investments that a lot of people say they’ll buy, in order to protect them against the ravages of inflation, are TIPS: Treasury Inflation-Protected Securities. These are treasury bonds, but they have a linkage to inflation.

John Williams:  That is correct.  If you want to have a good sense of what’s going on, talk to John and Mary on Main Street. They have a very good sense of reality. The average guy will tell you, “I’m not keeping up with inflation” –

Douglas Goldstein:   One of the other inflation areas that people often touch on, for example, is with senior citizens, whose Social Security may only go up by the cost of living adjustment.  Their actual cost of living is growing at a much greater rate because healthcare inflation is imminently much higher; maybe even higher than the government admits as well.

John Williams: Yes. There are two factors; one is a general understatement of inflation and the other is that they should use an inflation measure that’s more oriented towards older retired people. Their spending patterns and actual inflation is different than people who are raising children. There are a couple of variations there, but the way it was set up, is that there’s a general measure in place and they use a slightly different one where they call CPIWs for the wages, more sensitive gasoline prices, and such.

All the CPI numbers, except the chained CPI, will give you even lower inflation than the CPI gives you now. All the others are subject to the problems of not measuring the cost of maintaining a constant standard of living.

The Question of Unemployment

Douglas Goldstein:  Let’s talk about unemployment. Unemployment seems like such a political figure, and obviously the President wants to say how there’s very little unemployment, but you seem to think quite the opposite.  How do you define unemployment, and how do you get such a different number from the government?

John Williams:  The government has six measures of unemployment. Their third measure, the U-3, is the headline number, and that’s roughly around 5%. Their broadest measure is called U-6 and that’s around 10%. Which unemployment category people fall into is a matter of definition, but they’re missing a big count of people who have moved out of the labor force because they can’t find work.

That headline number hit a peak of about 10% at the end of the recession. I’ll contend that that recession was one from which we’ve never recovered and the economy is beginning to turn down again. But that 10% has now come down to 5%. That would be happy news because when you see the unemployment rate drop, the healthy way that that happens is that the number of the unemployed shrinks. The number of employed grows as people come out of unemployment and they find jobs. What has been happening here is that the number of unemployed has dropped because they’ve given up looking for work; they’ve become discouraged workers.  When that happens, that actually brings down the unemployment rate, so they see the unemployment rate shrinking. But it’s bad news because these people are not finding jobs but rather are becoming the long-term unemployed.

The government does have some broader measures. One is the employment to population ratio and the other is the participation rate. It gives you a broad picture of what’s happening with all the people in the environment and those really are very close to record lows. If you went out and asked everyone in the country whether or not he or she were employed or unemployed, I figure you’d come up with something close to 23% unemployment.

I come up with that figure by estimating the discouraged workers and the displaced workers as they were counted before they revised the series.  If you haven’t looked for work in the last four weeks, you pass under the discouraged worker category as it is today. If you’re discouraged at the end of the year, they drop you from the U-6 measure, which is their broadest measure so you’re no longer counted in the unemployed. Before 1994, there’d still be a continuing count for you.

I continue to look at the buildup there in the long term unemployed, and where you find the headline; U-3 rate has dropped, the broader U-6 rate also has dropped as the discouraged workers have dropped out of it. If you look at them, they continue; they survive. As a result you’ll see my rate, again up around 23%, hasn’t turned down with the other numbers. There’s been a growth in these broad displaced long-term unemployed people who aren’t being accounted for by the government.

John Williams:   They can visit my website, which is Shadowstats.com. On the right-hand column, there’s a report on inflation that explains what’s happening there. I’ve got a couple of articles on the reality that is tied to employment and the GDP. If you understate inflation, you’re overstating inflation-adjusted growth such as the GDP; GDP is overstated too. All that information is available on the website. I do have a weekly newsletter that’s available electronically where I always look for subscribers. There’s a lot of material there for someone who just wants to get educated on what’s happened with the government statistics.