How to Invest When There’s a Strong Dollar 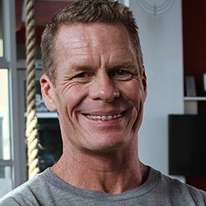 Learn the difference between “reference currency” and “living currency.”

Does the U.S. government possibly discriminate against its citizens who live overseas? Read this article about the tax reporting obligations of Americans living abroad.

Today’s guest, Mark Divine, a former Navy SEAL and bestselling author of The Way of the SEAL and Unbeatable Mind, compares a long-term investor with a sniper. He speaks about managing your mind and emotions in order to make the right decisions. How can you develop patience, which is one of the most necessary qualities for being a long-term investor?

Former Navy SEAL Mark Divine, author of Unbeatable Mind, talks about how to manage your mind and emotions in order to make the right financial decisions.

Douglas Goldstein: Mark Divine started his career as a CPA but then ultimately when on to fulfil his dream by becoming a Navy SEAL.

Do you play chess?

Mark Divine: When I was younger, I used to play chess a lot but I haven’t done it probably in about 15 years.

Douglas Goldstein: I know that you’re number one in the Navy SEALs in your class and one of the studies that I had seen when I was working on my book about chess and investing, I wrote a book with a world chess champion, was we discovered that about a third of the Navy SEALs, the recruits who succeed in the Navy SEAL program are chess players. So I thought there must be a big parallel between chess players and SEALs.

Mark Divine: The strategic approach to playing chess, I think, probably does make sense and I did play a lot in my youth and I went into the SEALs when I was 25 and maybe some of that chess training rubbed off.

Douglas Goldstein: So you were a CPA on Wall Street and then you became a Navy SEAL?

From Wall Street to the U.S. Navy

Mark Divine: It makes perfect sense. I tell a story a little bit in my book about the SEALs. I grew up in a small town in upstate New York, you know, near the Canadian border. Actually about 500 people live in that town. My family has had a business there and been around for over 100 years. They made machinery. So you know unlike a lot of people, I was just kind of expecting to go into the family business and then went to a really nice small private liberal arts college which was about an hour from my hometown called Colgate University and Colgate actually had economics so I kind of continued this path when I went overseas on the economic side. I went to London and I was an athlete. You know it all got to the point where I decided to do something in business and I didn’t want to go right back to the family business so I ended up with a job with Coopers & Lybrand. But they came and recruit on campus with offer along with some friends and there were 8 of the big 8, they call it the big 8 economy back then, a lot of them emerging. It’s not 8, the marketing was like four but the opportunity in this program. They hired from the elite liberal arts colleges and they hired non-economics graduates. So I didn’t have a lot of accounting in college but I got hired by Coopers & Lybrand and I was accepted to NYU business school in the masters of science and economics program in order to get the job and vice versa. There was a group of 70 of us who got hired from Harvard and Yale and Colgate and Williams and schools like that. Few of my friends from Colgate were down there and we all worked for different firms but we all went to school together. The firms all felt that they would like more well-rounded partners and if we were liberal arts graduates and could learn accounting skills, we might be more well-rounded employees. Some of my friends who went through that are now top executives.

In my case, I finished the MS in accounting, my MBA in finance and I ended up transitioning over to Arthur Andersen, which at the time seemed like a good idea because Arthur Andersen was the premiere firm of this kind in the world. Anyways, to make the long story short, during that time, I really had like an awakening, I guess you call it early midlife crisis and I realized that I really had no interest in being in business, I had no interest in that lifestyle and really wasn’t cut out for the jobs being offered. So this whole process is kind of like negative by my martial arts training and my own development, my internal development through practice such as meditation and visualization that I’d learned through this really incredible martial arts master led me to kind of crack myself wide open, which led me to gearing into this completely radically different career. At that time, as soon as I made that decision, it was like everything started to line up, everything started to work with focus and discipline. I ended up being number one graduate in my field training class and get 185 stars] We have 19 graduates and I was number one grad so I just felt like I’m now on track and here I go. What I try to teach these days came out in early [extremes] of trying to align what I call my personal ethos and that was kind of an ugly process but I refined it over the years.

For about four years, I still pretended to be a CPA as a SEAL and I’m going to do the tax returns for all my SEALs teammates and I felt really guilty for taking their money so I took a case of beer for every tax return. Then it filled my garage with the beer and I figured that I’m just not going to drink at all so I stopped doing that.

What People Can Learn from Unbeatable Mind

Douglas Goldstein: In fact, you’ve gone on to write a few books. One of them is a fantastic book called Unbeatable Mind and so I need to answer the question that a lot of my listeners ask which is “Doug, it’s cool that this guy was a CPA but why did you bring him on the show?” I have this theory that the reason that people do badly in investing is not because the markets are rough which is true they’re rough but it’s because of the way they deal with adversity. And I know that a Navy SEAL commander like yourself – you’ve been through a lot of rough seas but you won. So what can people learn from a book like Unbeatable Mind or from its teachings to make them better investors?

Mark Divine: Essentially it all comes down to mindset. Mindset is basically mental management. How do you manage your thoughts and your emotions because emotion is essentially a self-thought and especially when the market tanks or it’s super volatile? We tend to get really emotional or our mind starts to think we’re going to lose our money but you can’t rate our luck on the right thought which is going to lead to mission success and victory. So what I teach in Unbeatable Mind is the process for developing control over your inner space and I teach four real critical skills. One is breath control, you know taking control of your breathing apparatus and then using that as a mechanism for communicating with skill in your mind. This leads to the second skill which is really beginning to cultivate very powerful internal dialogue and an internal feeling state so that you have mental and emotional control. Then you can turn that control into a very positive courageous, competent and confident outlook on life where you are willing to be patient. You understand that there is suffering involved and anything good that comes out of life you have to work as a teammate and you have to set aside your own needs and your own ego to accomplish tasks. You know how to learn, how to be trustworthy and to trust. Those are the types of things. So they all begin with a thought [awake] system and then translate it to a healing state and then that shows up as a character.

Douglas Goldstein: Let’s just drill down into one of those which is developing patience because when I speak to clients as a financial advisor, I’ll often talk to them about being a long-term investor. So they say “Great, I’m all for it” and then a month later the market is down and they call in a panic and I say “What about all that long-term stuff?” How do you get someone to develop the trait of patience?

Mark Divine: Again it goes down to getting control of your rational mind which typically is bouncing all over the place. We called it a monkey mind in the eastern traditions of meditative practice. And so what we come to learn through my field training, my own training and teaching skills to special operators how to succeed as well as to executives how to succeed is that the rational mind, the thinking part of your mind is just one way that thoughts come to you and that you can tap into this other very powerful mental capacity such as visualization, your perceiving mind which has the ability to really tap into your intuitive and insightful intelligence and you’re really improving your memory and your ability to save and access memory.

So we have this concept called front sight focus. If you’re a sniper, you got to keep your eyes on the long target but then when you’re ready to pull the trigger, you collapse it to the front side of the weapon and you go after that target. So if your long target is to develop a portfolio of equities and bonds and other instruments and maintain a long-term investment strategy where you’re constantly putting money in, not taking it out at the [sign of] trouble then you keep that focus on that long-term target and then you execute your short-term strategies as they come along. The opportunities come along and you assess them very methodically, using good mental models, and that’s where the folks need to rely on youth to provide those mental models of investing and the strategies that are going to push through the gyrations and the national dynamics of the markets going up and down based up on world events and new cycles and that type of thing.

Mark Divine: I have a couple of books out there. We talked about Unbeatable Mind and that’s available at Amazon, Barnes & Noble, see it up on online stores and then The Way of a SEAL, that’s a national bestseller and that’s available at Barnes & Noble as well as online. That’s more of my leadership kind of manifesto that teaches you how to powerfully execute your plans in the world using the principles that I use and that I teach others to use. Information on that is called SEALFIT and can be found on the website http://www.SEALFIT.comand information on my executive coaching program can be found at www.unbeatablemind.com.