How Important Is it to Make More Money? 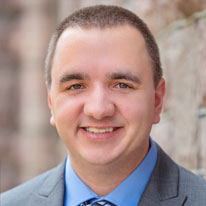 Although budgeting is an important part of personal finance, the real key to building wealth is to make more money.

Matthew Paulson, author of The Ten Year Turnaround, discusses why you should think out of the box when deciding on a profession rather doing what seems easiest. Find out how giving charity can change the way you perceive money and help you to earn more.

Can international investors own a trust?


Watch How Important Is it to Make More Money? on YouTube.

Matt Paulson, entrepreneur, investor and author, talks about building wealth: the obstacles to building wealth, why he's not a huge fan of budgeting, and why he believes that giving charity should be part of your financial plan.

Douglas Goldstein: I'm very excited to have, on The Goldstein on Gelt Show, Matt Paulson who's an entrepreneur, an angel investor, and also an author. He also has a popular website called MarketBeat.com. Matt Paulson, a real pleasure to have you.

Matt Paulson: Thanks for having me on, Douglas Goldstein.

Douglas Goldstein:  I know that you've written a book called The Ten-year Turnaround, where you teach people a lot of very important basics about building wealth.  You have been very successful at building wealth, while most people mess themselves up when they are trying to do the same.  What are some of the most common mistakes that people make in that area, and how do you suggest they avoid them?

Matt Paulson:  Let's start with career choices. People, more often than not, will take the career that others expect them to take.

My wife came from a family of teachers. Her mom, grandma, and sisters were all teachers. When she went to college, she became a teacher because that's what everybody does in her family. She didn't really have a strong desire to be a teacher, but she became one because everyone in her family was a teacher.  She has had to stick with a mediocre salary that doesn't have any high-end potential.

I think a lot of people do stuff like that. They take the easy way out and don't really think about their best possible version. They do not think critically about issues like, what do I want to be when I grow up? What can I really do if I put everything to it?

Douglas Goldstein: You're not knocking being a teacher, right?

Matt Paulson: No, absolutely not. It's just that was the default choice in my wife's family. She never thought outside the box about what else she could do with her life. Because of that, she's stuck in that lock where she's making 40, 50 grand a year and there's no big opportunity to go beyond that.

People could really increase their incomes if they took charge of their lives. They could achieve financial freedom a lot quicker if they earned a higher income, as this will help them budget and save more money. People need to spend as much time thinking about their careers, and entrepreneurship, and one or two some extra ways that they can make some money in addition to how they can fine-tune their budget.

It's Not Only About Budgeting

Matt Paulson: Absolutely. I however don't believe that budgeting is the key. I don't live off a budget anymore, and I know several other people that make really good incomes that aren't exactly frugal.  It's a matter of not spending more than you earn and then figuring out a way to earn a decent amount of money. That way, you can have much in left over and you can invest that in stuff that will make you more income down the line.

Getting Out of Debt

Douglas Goldstein: A lot of our listeners either have big mortgages, or they have credit card debt or something else.  What are some of the tools that people can use to get out of debt?

Matt Paulson: Let me talk about three types of people.  There are families that have several kids and therefore lots of expenses.  They have a tight budget, and the best budget in the world will not get them out of debt. People in that scenario should consider getting a side business; anything that they could do to increase their income by 20% or 30%. That will lead to more traction.

There are also people that earn a great income but aren't responsible with their finances. They lack a plan. They get car loans and mortgages because everyone else is doing the same. Five years later, they find themselves in a bunch of consumer debt. That's a sign of a lack of a plan.

Douglas Goldstein: That is definitely the path to failure. Matt Paulson, you started building wealth while you were still in college, and you've really turned things around for yourself on many fronts. But let's turn the tables here and talk about charity. How does giving charity fit in someone's wealth-building financial plan?

Why Giving Charity Should Be Part of Your Financial Plan

Matt Paulson: In my book, The Ten-year Turnaround, I put an entire chapter to that topic. I believe that charitable giving can be a lot of fun. We were able to make sure a family that didn't have Christmas presents had Christmas presents this year. Spending money on that is a lot more fun than spending money in anything that I would buy for myself.

Secondly, people that have a mindset of abundance, and people who are generous in the business world tend to be more successful than people who hold everything to themselves and hold on to money tightly.

It all comes down to how you do business and how you interact with people. Other businesspeople are attracted to people who are more generous and more open, and don't hold onto money as tightly as others.

Finally, every major world religion calls people to be generous. I happen to be a Christian. My Bible tells me to give and if I don't do that, then I don't feel like I would be a follower of Jesus. Giving is part of my financial plan.

Douglas Goldstein: The religious imperative speaks to me as well, but one of the things about giving charity is that it gives you a different way of looking at money. If I can say, “I can give away 20% of everything I earn”, that's a great honor. What job could be better than being able to distribute lots and lots of money to people?

Matt Paulson: Absolutely. I think money can become an idol for business people. It's all about how much money I have in my brokerage account. That's very unhealthy because there's no point in storing up money or stock money because after a while you just run out of stuff to spend money off of. It could do a lot more good helping out others.

Douglas Goldstein:  People build wealth not only to store it but also for financial security; for the future and for retirement. You just mentioned a brokerage account. Do you feel that people should be plugging money into brokerage accounts? Buying funds, stocks, bonds, mutual funds etc.?

Matt Paulson: Absolutely, but when you have become ultra-successful and you have several millions in the bank, coupled with investments that are going to provide for your family for the rest of your life, what's the point of storing it up to give away when you're dead? I'd rather give it away now.

Douglas Goldstein: What about the average guy who's got a job or a side hustle or is an entrepreneur? What's the best way for him to manage the money in the brokerage account?

Matt Paulson: I am a big fan of dividend investing. I've written another book called Automatic Income that teaches that strategy. The reason I like dividend investing is not only the performance. If you look at the S&P 500 versus the S&P Dividend of Aristocrats over the last four decades, the dividends in Aristocrats have beaten the S&P 500 by a couple of percentage points per year. The returns are good and you get an actual income stream out of that as well. When the time comes to live off your dividend stocks, you never have to sell any shares. You can just live off those dividends payments, which is really nice.

Douglas Goldstein: What about the tax consequences of that?

Matt Paulson: In the United States, your capital gains are 15% or 20% and tax is a part of life. I am a fan of closed-end municipal bond funds because right now you can get a 6% tax-free yield. That works out to about 10% tax on your investments. They use a little bit to leverage their bias to municipal bonds and you can get it with a CEF. We are currently in a rising interest rate environment, but if you're never going to sell those bonds and you're just going to live off them, they are a very nice solution.

Douglas Goldstein: Municipal bonds are best for someone who's living in the United States. A lot of our listeners live in Israel, and because of the differences in the tax system it doesn't usually pay in most cases for people living in Israel. It's not such a good idea. Matt Paulson, how can people follow you and follow your work?

Matt Paulson: My website is mattpaulson.com. If you want to get a copy of The Ten-year Turnaround, that's just tenyearturnaround.com. It can also be bought on Amazon. People can email me on matt@mattpaulson.com.

Douglas Goldstein: We will put links to that at the show notes of today's show at goldsteinongelt.com. Matt Paulson, thanks so much for taking the time.

Matt Paulson: Thanks for having me on, Douglas Goldstein.