What is the High Cost of Keeping Your U.S. Citizenship? 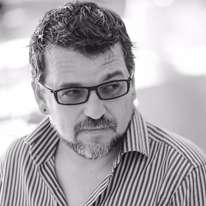 Curtis Poe, a writer on U.S. expat issues, explains why many banks don’t want U.S. citizens as clients and describes the difficulties American expats may face in getting jobs.

Get a link to a free resource specially geared to American expats about opening a U.S. brokerage account from Israel.

Does the discrimination that American citizens face abroad make it worthwhile for expats to renounce their U.S. citizenship?

What are the most common financial myths? On today’s show, host Douglas Goldstein CFP® debunks financial myths, such as not being able to transfer funds to/from America or that you always have to support your adult children.


Watch Should You Give Up U.S. Citizenship? on YouTube.

Douglas Goldstein:  I’m very excited to have, on The Goldstein on Gelt Show, Curtis Poe. He’s been researching and writing about American expats. I discovered Curtis because of an article he wrote about people giving up their U.S. citizenship. Curtis, is it true that Americans are increasingly choosing to give up their citizenship?

Are More Americans Giving Up Their Citizenship?

Curtis Poe: I was just looking at the Federal Register Report where American renunciations are being reported.  The May 2016 report states that almost 1,200 Americans have renounced their citizenship. In 2008, there was an average of 58 Americans giving up citizenship per quarter. That’s an increase of about 20 times what we had in 2008. If you look at the graph of Americans renouncing over time, it’s been rising sharply ever since then.

Douglas Goldstein:  Are they giving up their citizenship because they just want to dodge taxes?

Curtis Poe:  No. The IRS likes to deny this issue. The State Department’s been fairly forthright about it. It’s the FATCA Law. The FATCA law was passed back in 2008. It had the very laudable goal of chasing down people who were hiding money in offshore accounts, but the law was not very well thought through. The idea was that the United States was demanding that every foreign financial institution on the planet had to turn over to the IRS records of Americans who had bank accounts. If that wasn’t done, the U.S. government would seize 30% of any U.S.-sourced income from anyone who didn’t comply.

This is often illegal for banks to do because they have secrecy laws to protect people. Apart from that, they often don’t collect citizenship information from their clients and as a result, they often spend a lot of money for no reason. Countries were frustrated by this, but the United States continued to pursue it.

Many banks around the world today are simply denying banking services to Americans saying, “You can’t have a bank.” Americans are also being denied business opportunities. I was once approached by a company that wanted to hire me for a position where I would have signing authority over buying servers or something like that. However, the United States government demands that if you have signing authority over something like that, you have to turn over all of that account’s financial information to the IRS.

I heard about a European company that didn’t want to do business with any Americans.  Their thinking was, “Wait a minute. If we hire you, we have to prepare all of our financial information for this other country we have nothing to do with?”

Douglas Goldstein:  Over the past few decades, a lot of Americans have been moving to Israel. If the children, who are now in their 20s, decide to work for a startup company, they’ll experience one major challenge. That will be the fact that the company will have to spend more money in accounting fees just to file U.S. tax returns. You mentioned the difficulty of opening bank accounts. In Israel, Israeli banks - and most banks around the world – expect their clients to sign a W9 form. However, how are they able to distinguish that these clients are American?

How Do Banks Tell That Someone Is An American?

Curtis Poe:  One of the ways they do this is by looking at your name. The client’s accent can also give them away. If the IRS finds out that XYZ bank has a U.S. client who is not even a citizen, they could be a U.S. person. You could simply have a green card and then you fall under this law. If the IRS finds out that this bank has a U.S. client and they’ve not reprinted that information to the IRS, then the IRS is liable to withhold 30% of their income. A lot of banks are frustrated by this because there’s no business value for the bank to turn in their customers.

Many banks are concerned that they have to spend so much money building compliance systems to find out the citizenship of certain people when it doesn’t make any sense to care about that. Some banks are refusing U.S. citizens across the board because they don’t want the pain and headache that is associated with it. If the banks suspect that you are a U.S. citizen, you will not get banking services. This can only happen if you produce what’s called a certificate of loss of nationality or some other proof that shows you are not a U.S. citizen.

Douglas Goldstein:  You are guilty until proven non-American. One of the people who’s really benefiting from these new laws is me. This is not because I find it easy to open a bank account here in Israel but simply because the law helps to expand my business. A lot of the people who are living outside the U.S. get a call from their broker in the U.S., who informs them that he cannot work with them anymore. These clients then come to my office.

It’s not that it’s illegal for these firms to work with the people. The issue is dealing with the regulations, which can be very frustrating. They have no option but to let a firm that specializes in cross-border deal with their clients. Have you found that also in France?

Curtis Poe:  Yes. This is definitely the case. We had one case where we applied for a car loan and they turned us down. We have no idea why, but a friend inside the bank quietly told us it was because I was an American. Other expats are facing the same problem. They can’t get full banking services. A gentleman I know, who lives in Sweden, has been experiencing challenges with his bank. He has already gotten rid of his citizenship, but he has to get all the documentation together to prove that it’s safe for them to do business with him.

Why It’s Important To Have a Bank Account In Europe

In the U.S., you often have bill day, where you sit down and dedicate a day to paying bills. We don’t deal with that here. In fact, I’ve never seen a paycheck. My money comes directly into my bank account and my bills get paid directly from my bank account. Without a bank account, you can’t function in Europe.

Marriages are also getting hurt by this because you have foreign spouses of Americans who don’t want their bank account information turned over to this foreign government that they never had any business with. It’s frustrating watching this because it’s getting harder and harder to be an American living abroad. Most companies are beginning to consider Americans as toxic assets or toxic people. They want us to go away because of the legal problems.

I understand that it’s not easy to renounce your citizenship. There are high fees, and it is inconvenient and definitely weird. As an American growing up in America, I never thought of such a thing but do you think it’s worthwhile?

Is It Worthwhile Giving Up Your American Citizenship?

Curtis Poe:  That is a very personal decision. If they know they are coming back to the United States, it’s not worthwhile. I have a French wife and a daughter; I have a family here in France. I have family in the UK and Germany. My life is here and it has been for a long time. I have no desire to give up my U.S. citizenship. Sooner or later, I might be put in a position of saying, “Well, I also have to be concerned about the financial wellbeing of my family.”

I pay my taxes but because of the FEIE, I don’t have to pay taxes to the U.S. But even if I pay my taxes, I can make a simple mistake on something called the FBAR, or something called the 8938, and all of a sudden I’m facing bankruptcy-inducing fines. I can also face a possible criminal penalty or widespread devastation for making an error on new paperwork, which was recently introduced.

It is so difficult to file taxes if you live overseas. A lot of Americans living back home would revolt if they had to deal with this. They absolutely would not put up with these laws but unfortunately, no one cares about Americans abroad.

Douglas Goldstein:  It’s a question of taxation without representation because we don’t have Congressmen who care about what is going on. If you took all the Americans living overseas, that’s the amount of people of a small state. We should have a Congressman.

Curtis Poe:  There are about eight million people living abroad, but it’s very difficult to coordinate them. They might have a high voter turnout, but this is right across the various states; we are generally ignored. I’m not going to mention names, but I’ve heard politicians make promises regarding Americans overseas, trying to court that vote, and those promises generally are not fulfilled. We’re ignored or we’re a target to them.

People think that we’re all billionaires sitting in our yachts, lighting our Cuban cigars with $100 bills. Most of us are ordinary people. Most expats are moms and dads who’ve gotten a teaching or volunteer position. We are now getting squeezed harder and harder by getting bank accounts denied to us. We are also losing job opportunities just because some U.S. laws were passed that weren’t thought of carefully.

Douglas Goldstein:  The cost of compliance to hire an accountant on both sides of the ocean who understands what the issues are prohibitive too. Curtis, how can people follow you and learn more of the ideas that you’re sharing?

Curtis Poe:  People should look at the Association of American Residents Abroad, aaro.com, which is a research for helping Americans who live abroad. They can also visit my blog - overseas-exile.com. There’s Democrats Abroad or Republicans Abroad, quite a variety of groups to help people learn what it’s like to explore the world.

Douglas Goldstein:  Once again, Curtis, thanks so much for joining us.