What Happens to U.S. Spousal Social Security Benefits After Divorce or Remarriage? 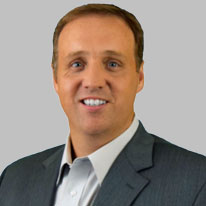 Spousal U.S. social security benefits can add up, so if you are divorced (or know someone who is), make your claim accordingly.

Devin Carroll, financial advisor at Carroll Investment Management, discusses with cross-border financial planner Douglas Goldstein, CFP®, the effects of divorce and remarriage on Social Security benefits. Find out why women in particular should research what they may be entitled to when they retire, whether single, married, or divorced. Depending on your situation, it may be more than you think.

How to help seniors handle their investments


Watch What Happens to U.S. Spousal Social Security Benefits After Divorce or Remarriage on YouTube.

Douglas Goldstein: I'm very excited to be talking today with Devin Carroll, who is a very experienced financial advisor. He runs his own company, Carroll Investment Management, and specializes in retirement issues. Devin, it's a real pleasure to be talking to you.

I want to dive into something that's a little bit more focused, which is divorce and second marriages.Some people think all along that their Social Security and retirement is set until life gives them a little bit of a shake up. What happens to Social Security when people get divorced?

Social Security And The Divorced Couple

Devin Carroll: Not only with their Social Security but with retirement plans in general.When people get divorced, it's often financially devastating. Sometimes it's not quite devastating, but it at least has some sort of financial impact. Planning through those times is really important.

Douglas Goldstein: Let's say there's a couple who has been married for 15 years. The husband has been working while the wife is a stay-at-home mom. Is the wife not going to get Social Security because she wasn't working?

Devin Carroll:She's still eligible. Currently, if you've been married for 10 years, you're entitled to spousal or survivor benefit, as long as you don't get remarried. If you do, there's some other qualifications, but yes, she's still eligible.

Douglas Goldstein:I discovered this too. I was speaking to a client who was married to a guy in England, and then they got divorced. They were married for about 12 years. I met her decades later and I said to her, "Well, maybe you're entitled to National Insurance,” which is what they call Social Security in England.

She's like, "Who knows." I said, "No, make a phone call." She calls me the next week and she says, "You'll never guess what. I just called England and I spoke to National Insurance, and they said that not only am I entitled but I've been entitled for years.” They gave her some back pay as well. However, you said that if you get married again, that ruins everything?

Devin Carroll: Not necessarily, but it could. Here's what I tell my clients about Social Security and retirement planning. Social Security is important for everyone, but I think it's much more important for women. I absolutely think that women need to make sure that they're getting all the benefits they're entitled to.

Douglas Goldstein: What do you attribute that too?

Devin Carroll: Most of it is earnings record. If you look at single individuals and you take those numbers and you think, "Okay, so the man's getting a higher benefit and the female's getting a lower benefit,” and you look at the dependence on social security, there's a big discrepancy there as well.

Douglas Goldstein: What would you advise women, younger women who are listening to the show? What should they be doing?

Devin Carroll: It's not just younger women, but older women as well. Make sure that you look at all your marital history when you're trying to decide how you're going to file for Social Security. It may not make sense to file just for your benefit. It may make sense to go for a spousal benefit.

Here's the one thing that most people don't know. When you go in to file for Social Security, the administration is going to look at your immediate prior marriage and determine whether your benefit or your immediate prior spouse's benefit would give you the greatest benefit. They won't go any further.

If you've had other marriages before your immediate prior marriage, you have to tell them about it.

Douglas Goldstein If you get married a second time, doesn't that cancel out whatever benefits you might have gotten from your first marriage?

Social Security And Folks Who Are Remarried

Devin Carroll: I think it was Dean Martin, who married multiple times. At one point, he had four ex-spouses getting a Social Security spousal benefit off of his work record.

It does cancel it out except for this very small provision - until that marriage ends. If you get married, get divorced, and then get married again and that spouse dies, at that point you can go back and choose from the highest benefit from both of those spouses.

Douglas Goldstein: Interesting. It sounds like there are a lot of techniques for doing better at getting Social Security. What other tools should people know about?

Devin Carroll: Just understand that when you go to file for Social Security, it's not this isolated decision that only impacts you. This is not only for the women out there; it's for the men too. Really, it's mainly for the men. You have to think about how it's going to impact your family.

With the law that was passed last year, some of the more advanced filing strategies that were available are now gone; except for a very small group of people.

There's someone that I heard speak on Social Security not long ago, and she said something very profound. She said, "When you file for Social Security, you have to think it's not what if I die; it's what if I live?" What if you live to a very long age? How is that going to impact the amount of benefit that you're contributing to your overall family budget?

Douglas Goldstein: Every year you wait to start collecting the monthly amount, it goes up. If you live longer than the average age, which half the people are going to do, then the total amount you're going to get from Social Security is going to be more. For people who live extraordinarily long, if you live into your 90s, up to 100, the higher monthly checks you're going to get could actually be a very important part of your income.

Devin Carroll: Absolutely. Then if you do die, if you do pass away early, then there will be higher benefits. If you delay, those benefits are simply going to increase the amount of survivor benefits that your surviving spouse will receive.

Douglas Goldstein: Let me tell you about one of the things that we deal with here. One of the provisions of Social Security is something called the Windfall Elimination Provision.

It affects people in the U.S. also, but more so overseas.What happens is an American moves to Israel, works for a company here, and gets a pension.However, he's paid into Social Security for a long time. The Windfall Elimination Provision cuts his Social Security by a formula that is contingent on how much of a foreign pension he's getting.

People who, for all these years were getting their Social Security reports, discover that they get a lesser amount of Social Security than they thought they would. It's not just a question of strategy. It's a question of all of a sudden the rules change, and literally a lot of people feel that the rug has been pulled out from under their feet.

Devin Carroll: That Windfall Elimination Provision surprises a lot of people. It pulls the rug out from under their feet because it is not listed anywhere on their Social Security statements. If it shows that their benefit amount is going to be $1,500 a month, they are shocked to discover that there's a $426 penalty for the Windfall Elimination Provision on a monthly basis.

Douglas Goldstein: Do you think that people should go to the Social Security office and get advised by the person who's there? Should they be going to these websites?Do they need specialists?

Where Should You Go To Get More Information On Social Security?

Devin Carroll: The technicians at the Social Security office are a mixed bag. You have client representatives all the way up to technical experts. Some of them know more than I will ever know about the program, but some of them simply don't hold anything.

I've had clients get horrible advice at the Social Security office. I would say that if something doesn't sound right, you need to keep doing your research and keep calling. Call several offices. You're not stuck with calling the office just in your city or in your hometown. Keep calling until you get the answer that you think is right.

Alternatively, you could find a financial planner that is knowledgeable in the area.

Douglas Goldstein: Devin, please tell us how people can follow you and your work.

Devin Carroll: Social Security consulting is a service that I offer, and you can find out how to engage me at my website, socialsecurityintelligence.com. On the right hand side, you'll see a section that says, “Need help.” On an hourly basis I can help you get all your stuff figured out there. Also, I have a retirement planning podcast, "Big Picture Retirement", which you can find on iTunes or anywhere else podcasts are found.

Douglas Goldstein: All right. That sounds great. I really appreciate you spending the time, and I look forward to speaking to you again soon.