What Happens to Your IRA Account When You Move Overseas? 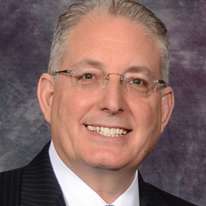 IRA expert Ed Slott, author of Ed Slott’s 2016 Retirement Decisions Guide, presents options of what you should do with your IRA (Individual Retirement Account) when you move to Israel.

When living and saving for retirement in Israel, Americans need to take taxes, service, and performance into consideration before participating in Israeli saving and investment programs.  Douglas Goldstein, CFP®, cross-border financial expert and licensed advisor in Israel and America, details the factors you need to consider when deciding which type of account might be best for you.

Can U.S. citizens living in Israel still hold an IRA account? Ed Slott, author of Retirement Decision’s Guide, discusses what you need to know about running your finances from abroad.

Douglas Goldstein: I'm very excited to have on the show, Ed Slott, who is probably considered the best resourcer of the IRAs in the whole country. He has recently come out with a new book called Retirement Decision's Guide. How is that going?

Ed Slott:  That's a really good book, if you want to just get to the meat of things. It's based on common questions and it’s not a heavy book like some of my others, which people say are encyclopedic. With this book, you get right to the issues and get your questions answered right away.

Douglas Goldstein: A lot of our listeners are U.S. citizens who live in Israel but we have listeners all over the world. A lot of times people ask me whether they can still have an IRA in spite of not living in America.  What do you tell people when they ask that kind of question?

Can One Have an IRA If They Are Not Living In America?

Ed Slott: You can't because an IRA is a totally U.S.-based creation under the internal revenue code, which is a U.S. tax code. It doesn't carry over to other countries because they don't have qualifying plans under the U.S. tax codes. There's no counterpart in another country where you could say, "Roll over a U.S. IRA to Israeli IRA. There's really no such thing.

Douglas Goldstein:  I tell people that they can have an IRA but not in Israel. They’ve got to maintain their IRA through a U.S. brokerage firm. Is that a fair assessment?

Ed Slott: You can maintain it but you can't roll it to, say, a bank in Israel that doesn't have U.S. qualifying retirement accounts.

Douglas Goldstein: In general there aren't companies outside the US that can have U.S. IRAs?

You Can’t Transport a U.S. IRA

Ed Slott: Not if he doesn't have U.S. qualifying income. In other words, does he file a U.S. tax return? The answer is yes, if you file a US tax return and show the income.

Douglas Goldstein:  Most of the people that I work with use the foreign-earned income exclusion. In other words, “Tell the IRS it's true that I maybe earning $80,000 a year in Israel, but I'm paying tax in Israel"

Ed Slott: But it's not taxable.

Douglas Goldstein:  Are they allowed to contribute that money to the U.S. IRA?

Douglas Goldstein: Even if it's not taxable in the United States?

Douglas Goldstein: The definition of it has to be compensation, not necessarily taxable to the U.S., compensation.

The Ins and Outs of U.S. Compensation

Ed Slott:  It has to be compensation from W2; self-employment income at 1099. As long as it shows up on the tax return as compensation you can have an IRA against it.  If you go on the internet, publication 590; that's IRS publication 590-A. There's a section in there called, 'What is compensation' and you'll see it'll take you exactly there, to what is considered compensation.

Douglas Goldstein: The average guy is working in Israel and he's an American citizen. He works in Israel, but he wants to keep participating in his IRA. As long as he is filing U.S. tax returns where he lists this compensation, even if he's not paying tax in the U.S., this is something he then ...

Ed Slott: No. If you're not paying tax, any amount you exclude from income cannot be compensation.  It's got to be taxable compensation.

Douglas Goldstein:  The principle is that the U.S. government is allowing American citizens to not pay tax on some of their income that otherwise would be taxable –

Ed Slott:  It's only the amount that would be taxable. It's actually clear that the IRS Foreign Earned Income Exclusion does not qualify as compensation, but the compensation you get does qualify, but only the part, say above that, that would be taxable. You could have people that make more than that, not all of it excluded. The part that's not excluded does qualify, as long as it's taxable on the U.S. return.

Douglas Goldstein: Let's say a guy earns $1 million in Israel. He takes an exclusion for about the $100,000, which means he tells the IRS, "I don't have to pay tax on that because it's called foreign earned income exclusion", but everything other than that he would have to pay tax except for the fact that he pays tax in Israel at a higher rate.  It's taxable in the U.S., but he gets a credit for what he paid in Israel.

Ed Slott: As long as you're not excluding it from income, that’s the key.

Douglas Goldstein: Interesting. This is a great opportunity for people. Needless to say, every person should check with his own accountant before doing anything.

Ed Slott: In other words, in that case you are including it as income but you're getting a credit. That's different as you're not excluding it. It's only the amount that is excluded that doesn't qualify as compensation.

Douglas Goldstein: That is very useful advice, and it's certainly something people should –

Ed Slott: It would have to be over that limit, which is not everybody, but it's some people.

Douglas Goldstein:  I think that's one great point that people who are earning a lot of money in Israel are able to add money to an IRA. Also, people who may have had an IRA from the States and then moved to Israel are allowed to continue with their IRA, as long as they keep it in a U.S. brokerage firm or U.S. bank.

Ed Slott: Right but to get the benefit they still have to file U.S. taxes.

Douglas Goldstein:  If they want to add more money to the account?

Ed Slott:  You have the income under a U.S. tax return.

Douglas Goldstein: Let me clarify. There are two things we are talking about. One of them is the right to add new money into the IRA account.

Ed Slott:  Again, you have to have compensation and you have to show it on the U.S. tax return. You just can't be in Israel and you file nothing in the U.S.

Douglas Goldstein: It also has to be work-related income. It's not from dividends or–

Ed Slott: Right. Not passive income. It has to be wages, self-employment income, etcetera. Earned income as opposed to passive income like, interest dividends or capital gain.

Douglas Goldstein: We've now said to people that there really is a possibility to have an IRA when you live overseas, as long as you fit a certain criteria. Is it important for people? Because it's not that they're putting away $100,000 a year; it falls at $2,000.

Douglas Goldstein:  When you talk to people, especially who are younger, do you encourage them to do this as an important part of the retirement or just as one piece?

Ed Slott: Absolutely, except I would encourage something called a ‘Roth IRA.’ I’m sure you're familiar with it because younger people would do much better with a tax-free account.

Douglas Goldstein: Why don't you give us the one-minute summary of why that is?

Douglas Goldstein: We are all looking for a way to do both of those, and they are so critical to a successful financial planner, and successful retirement. Edward, how can people follow you and follow your work?

Douglas Goldstein:  Ed, thanks so much for your time.

Ed Slott: Thanks, I appreciate the opportunities, very interesting. Thanks.