What Do The Next 10 Years Look Like In The Economic World Of The West? 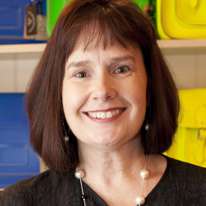 This week, Julie Deane, founder and president of the Cambridge Satchel Company, returns to The Goldstein on Gelt Show. Find out how her company has mushroomed in the past twelve months, how Julie came to join British Prime Minister David Cameron on a trade delegation to China, and what the future may hold for the Cambridge Satchel Company, a business that originally began in the Deane family kitchen with just £600! And don’t forget to listen to all of your favorite financial tips and tricks on this week’s show.

Watch Growing and Expanding a Thriving Business on YouTube.

Julie Deane, head of the Cambridge Satchel Company, talks about her business’s progress. She describes how it has progressed from a small online enterprise to a major high street brand. What is the secret of Julie’s success?

Douglas Goldstein: There has been a huge amount of activity in your company in the past year. Can you give us the one-minute summary of what has been going on?

Julie Deane: It was a very big year for us. Over the last 12 months we moved to a factory, four times the size of the factory that I set up a couple of years ago. Then we opened three traditional bricks-and-mortar shops that you can actually walk into as a customer as opposed to us just continuing as an e-commerce presence, which is how we started and how we’ve grown. Those three shops have been a really exciting addition to Cambridge Satchel. Then it was topped off by the investment. We took a minority investor in January, and so in the last 3 months I have been actually working with someone by my side who knows a lot about business, and that has been a new experience.

Douglas Goldstein: Let us talk about this move to being a bricks and mortar store. Do you think the internet perhaps is a passing fad and people are going to go back to visiting real stores to make their purchases?

Julie Deane: Not at all, but I think that it makes sense for me. I do not want to be a transient brand, and I feel very much that if you are going to be a brand with longevity with a real chance of making a mark then it is important in your key markets to have a bricks and mortar store where people can come in and just take a look at all of the different things that you are making at that time. We really have a place to interact with our customers. We can hold special events and say, “Look, this is who we are. Come in and say hello. Come visit us.”

Douglas Goldstein: One of the concerns that a lot of people have with any company that expands is that the company begins to go out of its comfort zone and ultimately has problems because of that. Online business is one thing, and bricks and mortar business is another. How have you dealt with that potential problem?

Julie Deane: We are not about to start making garden implements. I think that it was important for us to try the bricks and mortar experience and to do that gradually. Over here at least, there is this pretty new phenomenon of these pop-up shops where you able to take on a location for three months or six months, see if it works, and then you can enter into a lease that might be for as long as 10 years, even if you break it at three years or break it at five, and that really minimizes the risk. So that has been a great way for us to test the water on our first bricks and mortar and then subsequently to test locations before we commit to them.

Douglas Goldstein: That is all in England or is that also outside?

Julie Deane: Our three shops are in the UK. We have two in London and we have one in Cambridge. I have no experience with shops overseas, and I am not sure that we would try to do something very similar in the way of structuring that because it would be a very big risk to go into an overseas market and suddenly just go on day one and sign up for something that was a 10-year commitment.

Why Is the Cambridge Satchel Company so Popular in China?

Douglas Goldstein: If we talk about the overseas market, actually your bags have become quite popular in China which frankly, for a country that is quite different from the UK, was a little bit surprising. To what do you attribute that success?

Julie Deane: I was surprised that China was really taking off. Just to give you one example; we have a small shop in Cambridge and in London, and when we see tourists come in, and many visitors come in, a typical UK customer would buy one bag because it is easy for them to make a return trip if they want to come back and buy again. The typical U.S. customer was buying two and a half to three bags. That is how the statistics fall out. The Chinese customer was buying between six and eight bags in one transaction.

So that was very surprising to us, and the other thing that we are seeing was that when those customers were coming in, they had a very detailed shopping list. So these people had been on the website or were, in some way, very familiar with our product range. Each, I think, was shopping for her friends or family and they all had a list of what each of them wanted for six to eight people and would go away with them.

We were getting approached by a number of magazines that were based in China for interviews. I’d do the interviews and they’d send me a copy of the magazines, and I looked and thought that was a nice photo. I have no idea what they said. I hope it was very nice. Obviously, the profile of the company was growing there and we tended to be quite cautious in the way that we approached things. But we decided to go into China with a presence in Beijing and Shanghai, with big partners that we already traded with here in Europe or in Hong Kong. So we’ve dealt with Lane Crawford in Hong Kong for a long time and then with Galeries Lafayette. They were opening in Beijing, and so we decided that we would go in with them in Beijing because we know that company.

Douglas Goldstein: I want to touch a little more on this China issue because a lot people are talking about the overall potential economic decline in China, which had been very hot for many years. It seems to have cooled off a bit. Does that sound like something you have experienced?

Julie Deane: Not at all. The Prime Minister here, David Cameron, invited me to go along with the trade delegation to China in December and I’d never been to China before and so going with the Prime Minister, I think I have now a completely unrealistic view of China. In that trip, I experienced no problems with customs or going through the airport. All of the travel, they all seemed to go amazingly well. I think that was probably more to do with my travel companion and my travel planning. It was a fantastic insight into a market that is tremendously different. Even going into something like e-commerce because we were started on digital. We feel that is what we know. China e-commerce is very different.

How Can a Venture Capital Firm Help a Company Grow?

Douglas Goldstein: What made you make the decision to bring in a venture capital firm as an investor in the Cambridge Satchel Company?

Julie Deane: We are the seventh fastest growing private company in the UK. We were in the fast track 100 before Christmas, and once people start realizing that the company is growing and is profitable then all of a sudden we get so many invitations to incredibly nice lunches and people seem very interested in our plans for the future. So, we were being hotly pursued and had been hotly pursued for the last couple of years to the extent that we appointed somebody, the large accounting firm, BDO, who had experience with private equity and venture capitalists to try and filter down our situation to see which investors could actually bring something more to us than a checkbook.

If you remember from our last interview, this company started with 600 pounds and has been entirely self-financed. We have never been in any kind of debt and so it was never going to be the case that we would jump with somebody for money and that was never going to happen. So for two years of speaking to people it was more about what could somebody bring with them that we did not already have, and what would we need, as we look forward to the next five years as we think we’re growing. What do we really lack and what would we benefit from having? Those are the things that we wanted from any partner rather than just an investor, because an investor sounds like someone who would just give you money and then set up some really horrible hurdles just designed to make your life miserable if you failed to meet the target.

The firm we have gone with is a company called Index Ventures. They backed ASOS, a big digital fashion brand over here, also Net-A-Porter, which is a really lovely fashion site, and they were also behind Skype, and they were behind some very interesting companies including investing in Moleskine, the lovely black notebooks. There is a variety of things, but it really speaks volumes about their strength in the digital arena. So the contacts that they could get for me to ensure that we were ahead of the game on the digital sideshow that when it came to products, they were very brand conscious. They have not tried to change the branding of the Moleskine notebook and instead of that they built on it and that was incredibly important. I did not want somebody to come in and say, “Cambridge Satchel Company I think actually what you should be making is I-pad cases and make them all in China because it is cheaper and then you will have a better profit margin.” That is what I wanted to avoid and thankfully that is what I have avoided and they have been really an enormous pleasure to work with. We are only 3 months in. At the moment, I am honeymooning and I am very happy.

Douglas Goldstein: What is the best way for people to keep track of what is going on with the company?

Julie Deane: The easiest way is if you go to www.cambridgesatchel.com. That is our website, and then on the bottom, depending on whether you are on Facebook, or are a Twitter person, or a Pinterest person, or a Tumblr person, you will be able to find the information of your choice at the bottom.