What Are The Habits Of The Rich? 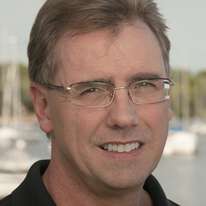 What are the habits of the rich, and can they help you to succeed? On this week’s show, Tom Corley, financial planner and author of Rich Habits: The Daily Success Habits of Wealthy Individuals, discusses the lifestyle of the rich. Does wealthy always equal healthy, and how do your personal relationships affect your financial success?

Tom Corley, financial planner and author of Rich Habits-The Daily Success Habits of Wealthy Individuals, discusses the lifestyle of the rich How do your personal relationships affect your financial success?

Douglas Goldstein: I know you have a very interesting story about how you got started because when you were a kid, your family actually had some real financial issues. Could you give us a little background?

Tom Corley: I remember like it was yesterday. I was 9 years old. I was in the third grade, and I remember it was late one night, around 9:30-10:00, and there was all of a sudden a lot of activity in the house. My dad was running out the door and when we asked our mom what’s going on, she said, “Your dad’s warehouse is on fire.” We all went to bed. We were all anxious, and we woke up the next morning, and everybody in the house was anxious. My dad was back and the warehouse had burned to the ground. That business was worth around $20 million in today’s dollars, so it was a lot of money that just went up in smoke. It put us in the poorhouse for the rest of my life, anyway, until I was 22-23, when I left the house. But my dad was interesting because he had some of these rich habits that I wrote about, and some of those rich habits were what enabled him to retire nearly a millionaire.

Douglas Goldstein: Was there no insurance?

Tom Corley: Back in those days, which was in, I guess 1969-1970, insurance wasn’t like it is today. Back then, getting private insurance on your inventory was unusual, so you relied on the warehouse. At least that’s what my dad explained to me. As he found out from the landlord who owned the warehouse, they didn’t have adequate insurance, and so he and a couple of other businesses got burned because of that. That’s on my dad. My dad should have done some diligence on that, but it was just business as usual in those days and he got caught between a rock and a hard place. He was just a victim of what I now understand as just random dead luck. Random luck, good and bad, affects rich people and poor people fairly democratically, so it just happens in life. Even if you’re rich, you have the instances where you just had bad luck, and he was the victim of that.

What are Rich Habits?

Douglas Goldstein: What was one of the most surprising or unexpected success habits that you found in doing your research?

Tom Corley: I found that one of them was that rich people flossed. That was unexpected to me. Sixty-two percent of the wealthy people flossed their teeth every day, but poor people just didn’t. It was 6% of the poor. Seventy percent of wealthy people eat less than 300 junk food calories a day, and I asked specifically how many calories they thought that they consume. That was one of my sub-questions. So I tracked for each individual what their response was. So 70% of the wealthy ate less than 300 junk food calories, and almost 97% of the poor ate more than that. The other thing was that the wealthy exercised aerobically 30 minutes or more every day, four days a week, and the poor people didn’t. They made something called hello calls, happy birthday calls, and life event calls, and these were relationship building phone calls that they made. The hello call was just a reconnaissance mission just to gather some information on their contact and trying to understand more about them. The happy birthday calls basically kept the relationship alive, kept it on life support at the very least, and then the life event calls were really the powerful calls that grow the roots to the relationship very deep. I experience that in my life. I made $60,000 doing a hello call and a life event call to just one individual, and you’re a financial planner like me so you understand what rollovers are. Rollovers are old retirement plans that you roll over into an IRA. Just because I built a relationship with this one individual in New Jersey who is a top dog in pharmaceuticals, I was able to rollover about 1.3 million in an old 401(k) through these calls. So that’s actually why I wrote Rich Habits. I said I’ve got to share this stuff, because if I can make $60,000 in three hours’ worth of work, then anybody can use Rich Habits to make money and dig themselves out of a hole.

Douglas Goldstein: You listed some habits like flossing, and you also spoke about picking up the phone and making hello calls. It seems to be as though someone who flosses, that’s a sign of being very disciplined, and someone who picks up the phone and just says hello is very well-tuned to the importance of networking. Are those the conclusions you made?

Tom Corley: What I found which was interesting was that most of these habits that the wealthy people had that made them so successful came from their parents. Despite the fact that the parents weren’t wealthy, as was the case for most of the wealthy in my study, the parents taught them certain good habits that the kids took into their adult lives, and those goods habits were the backbone of their success. That’s why I wrote another book called Rich Kids. I just released it. I wanted to share with the parents and the grandparents some of the habits and strategies that I’m covering in my research because clearly there are so many more poor people than there are rich people. Something is going wrong in the household. I have written several articles about how poverty is actually caused by poor parenting, parents just not teaching their kids these good daily success habits that the wealthy people receive growing up in their households. So I’m trying to level the playing field in both of these books.

Douglas Goldstein: Let’s say someone reads your book, and he says, “I’m going to do that. I’m going to start exercising 30 minutes a day and I’m going to floss. I’m going to pick up the phone and call people.” Do you think that as a grown-up who now is beginning to see this, he would be able to change his fortunes?

Tom Corley: Yes, there’s no question about it. The only time you’re incapable of pursuing success and changing your circumstances in your life is if you’re unhealthy, disabled, or near death. So as long as you’re healthy and able, it doesn’t matter what your age is. I always cite the example of Colonel Sanders of Kentucky Fried Chicken. He didn’t make his money until he was in his 70s. Everyone knows Colonel Sanders, and everybody knows Kentucky Fried Chicken, so he is a real great example of never quitting on your dreams, pursuing your purpose in life even until the day you die.

Douglas Goldstein: People will say, “I like this guy and I’m going for sure go buy his book. But that’s only tomorrow. I want to make a change today.” What would you suggest people do today in order to improve their financial situation?

The Law of Association

Tom Corley: Two top habits resonated the most with me. There was what I call the “law of association.” If you want to become successful, you have to manage your relationships, and by that, I mean you have to associate with more successful people, more success-minded people. They don’t have to necessarily be successful. They have to be success-minded. You have to associate with more of them than you do with people who are the opposite of that, who were negative and pessimistic. I call it the “relationship see-saw.” You want to get a tipping in the right direction by having more than 50% of your relationships being with success-minded people. This requires that you evaluate your relationships. I even wrote an article on the eight types of relationships you want to avoid, the characteristics of these individuals who hold you back in life, because there’s a well-known stat that’s thrown around. John Maxwell threw it around a lot to Jim Rohn when he was alive, and it’s that you’re going to be only as successful as the five people you associate most with. There’s a lot of truth to that, because when you associate with the right people, they open up doors to opportunities. They have the ability to fund different initiatives. They can put you in contact with people that can fund different initiatives. They can mentor you. They can open the door for your kids, for your family to get jobs, to get internships. You want really to look at your relationships and try and identify them as either plusses or negatives, and then limit the amount of time you spend with the negatives to less than an hour a week if you can.

The second one is reading. You’ve got to read every day for learning, not for recreation. Wealthy people read every day, 30 minutes or more, and they read two or more books a month. They were really pursuing education and knowledge, and this is important because it opens up your mind. It lets you see things that you didn’t otherwise see before.

Douglas Goldstein: How can people follow your work and follow the new ideas you’re coming up with?

Tom Corley: I post all my research articles on my website www.richhabits.net. Every new article and every new research item that I come up with, I write an article on. You can also buy my books at www.richhabits.net and wherever books are sold, Barnes & Noble, Amazon, and also at the website. You can download some free ebooks and some of my free reports. That’s a good place to start.