Why Frugality Won’t Make You Rich 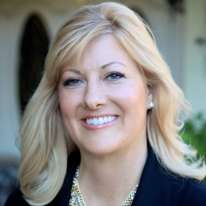 Many people believe that frugality is the key to getting rich. Self-made multimillionaire and financial podcaster Linda P. Jones disagrees.

Listen to her interview on The Goldstein on Gelt Show to find out why being frugal isn’t enough.

Linda explains why you should follow the lead of billionaires rather than millionaires when making investment decisions.

When considering where to put your money, you need to understand what is “reasonable,” and what rate of return would be a cause for alarm over a period of ten or twenty years.

Podcast host Linda Jones discusses whether being frugal is the right approach to financial success. Can you budget successfully and still enjoy life?

Douglas Goldstein: Linda Jones is the host of the podcast called Be Wealthy and Smart where she talks about all sorts of great techniques. She was in the financial industry for over 25 years and by investing using her techniques, she became a multi-millionaire at age 39.

One of the things that I actually think is interesting about people who are very successful is that they are not always the people cutting coupons. So what’s your opinion of frugality and do you think living frugally is a healthy habit or is there maybe another way to get to be wealthy?

Linda Jones: This is one of my favorite things to talk about because I think people can focus too much on frugality. I like to say you can’t just cut, cut, cut, cut spending or you’ll end up living in the woods. Yes, you really should be careful with what you’re spending. That’s not a bad thing but I think to think that frugality alone is going to create wealth is a myth. What people need to realize is that yes, they need to get some money together but it’s really going to be the investing and compounding that is going to create wealth for people, not simply saving money. But I do like to say you can have everything you want – just buy it at the right price. That means do buy on sale. Do look for samples or wholesale or other advantageous ways to save money. However, just simply thinking that cutting expenses alone is going to lead you to wealth is, I think, a fallacy.

Douglas Goldstein: I feel that the amount of time that people spend looking for specials or trying to move their credit card debt here or there or, you know, get some great deal – if they would just spend that time improving themselves in their earning capacity or in their investing for example, they would do much better. But, unfortunately, the penny pinchers always look for bargains. Do you get that as well?

Linda Jones: Yes I do sometimes but I like to point out that there are two main ways to achieve wealth. One is by investing and I like to say investing like billionaires – that’s understanding that there are savvy ways to invest, and also smart ways to create a business. So one must create extra income sources. That’s something that a lot of financial experts don’t really focus on when you turn on the TV, for example. They are not talking about how you can make extra money or what are the things you can do to bring in extra funds that really can help in the long run to build wealth too.

How to Create a Business

Douglas Goldstein: So what does it mean to the average person when you say go ahead and create a business to bring in more money? How does someone even think along this line who is not an entrepreneur himself?

Linda Jones: Nowadays, I think entrepreneurism is a learned habit. It’s something that because there’s so much information online you can go on and learn about. There are different things that you can do. There are people that are becoming Uber drivers who are making extra money on the side. There are people working for a company called TaskRabbit where in their spare time they run errands for people and get paid. There are people that have started online affiliate marketing businesses. So for example if you sign up with Amazon Associates and you put out information about how to buy a certain book and people buy it through your link to Amazon, not only do you get paid a commission on that book but also on everything else that the customers buy then at Amazon.

So a lot of people are doing side businesses, online businesses, dealings through their computer that you just really need a computer for and you can actually become an entrepreneur now.

Douglas Goldstein: One of my concerns about that is that there are people online who are constantly describing how you can make money online. But, if you watch you see a lot of people try and fail. People have to be aware that it is not so easy to throw up a website and sell stuff because you’ve got to get a very large number of people to come to your website.

Linda Jones: I agree, it’s not that easy but it is possible and it is something that over time people have been able to learn and make quite a bit of money from. So it’s not just put up something and people will come, see it and click on it or buy it. A lot of times it’s what we call more of a funnel situation where you’re giving away a free course for example or you’re giving away some free information and at the end of the information then you invite them to buy your ebook or you invite them to buy your course or you invite them to buy this link to books or whatever it is that you’ve been talking about. Maybe you do a book report on different books and then at the end, you have the link to Amazon. So there has to be a component where you’re allowing people to come in and get free content but to do that they are exposed to a reciprocity offering so that they will typically want to buy your product.

Douglas Goldstein: You said you should think like a billionaire yet most people say they are happy to be a millionaire. What’s the difference between how millionaires and billionaires think that we can learn from?

Linda Jones: I like to watch how billionaires invest. I’m very interested in what they do and see that typically they are fans of following cycles. This is something that goes back to JP Morgan. It goes back to a lot of very wealthy people who have followed business cycles, investment cycles, and trends. I like to say that money moves in cycles and peaks in bubbles. You can see that technology bubble in the real estate trends and the internet investing trends. You can see that there were times where there were cycles where there was a very lucrative place to invest. Then the cycle peaked in a bubble and the money moved on to the next place.

Billionaires really watch how money moves and I think that’s a really smart thing to do.

Douglas Goldstein: Let’s talk about bubbles a little bit because it always seems that after a bubble burst then everyone is pretty smart and there’s always some guy who happened to have called it beforehand. Then he gets to write a lot of books and go on the lecture circuit saying how he knew it was going to happen. But, how can you identify that there is a bubble as opposed to just a fact that a segment of the market grew for a while because it was undervalued and that now it’s more fairly valued.

Linda Jones: There is anecdotal evidence that you can follow. For example, during the tech bubble, I remember the FedEx gentleman one day delivered a box to my door and just out of the blue, I never saw this man before, didn’t know him and he said “Hi, how are you?” and I said “Fine, how are you?” and he said “I’m great because Cisco went down today and I can go buy some more shares.” That’s a pretty strange conversation to have with somebody who just stopped by my door but it happened not only with him but it happened when I was using a driving car service. That driver was telling me how he was buying biotech stocks. Everyone is talking about this. When I go to parties, I hear people talking about how much money they were making with stocks or how they were quitting their jobs and trading stocks. Those are all signs of the peak of a bubble and this goes back to John F. Kennedy’s father who during the peak of the 1929 bubble went and had a shoe shine by a shoe shine boy and the shoe shine boy gave him a stock tip and J.F. K’s father went and sold all of his stocks and said “The shoe shine boy is giving me stock tips and everybody is in the market. That can be a market that I need to get at.” So I kind of use that anecdotal evidence. It worked for me with real estate; it helped determine when to sell my primary residence in 2007 in Seattle. I moved to California. We had a second home and I moved to that home and made that my primary residence, but it can help when you pay attention to cycles. It can help you with timing certain events in your own life. If I hadn’t wanted to sell it, it wouldn’t have been sold. But I was ready. I was looking for the right time and it seemed like it was getting close to a peak because everybody was talking about real estate and real estate prices. There were websites with people flipping condos who didn’t even walk into them. They would just buy them online and then flip them to somebody else. Those are all signs of the peak of a bubble.

Douglas Goldstein: The opposite of that is looking at something that has a real value in it, meaning it’s not that it’s just gone up because you’re hoping some sucker is going to buy it after you do. You want something that actually is really doing well. How can you identify such an investment that really has value in it?

Linda Jones: You can identify an investment that has value by following trends and seeing what is actually trending well and typically I like to invest in stocks for example that have rising earnings at a rising rate. So companies that are getting more profitable, those are good companies to invest in. One of the reasons we saw Apple fall recently and lose $47 billion of value is because it missed its earnings number. So a lot of managers don’t want to own it anymore. So you really have to be conscious as an investor about who is profitable and who is gaining profitability.

Linda Jones: They can follow me by following the Be Wealthy & Smart Podcast on ITunes or Stitcher radio if they have an android device, or by going to my website www.lindapjones.com/.