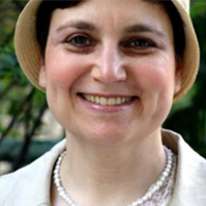 Does your teen know how to balance a checkbook or other basic points of financial literacy? Mindy Ajzner, founder of Chaim BePlus, an organization that teaches personal finance skills to young people, discusses what teenagers need to know about keeping track of their money. Many teenagers have no idea about how banks work, budgeting, or bill paying, and as a result can fall into the cycle of debt from an early age. Learn how to become fiscally responsible with a personal mentor. Listen to the podcast for details about joining the program.

Financial literacy is an issue with adults too. Douglas Goldstein, CFP®, director of Profile Investment Services, Ltd., shares what happened when one of his clients bought the wrong insurance policy. Find out the questions you need to ask your insurance agent before you buy a policy. Download free tools to help you gain a better understanding of your pension plan.

to get information on courses and financial mentoring for your teens.

What do young people know about personal finance? Mindy Ajzner, founder and director of Chaim BePlus, shares how young people are learning basic concepts, such as budgeting and saving, the help of mentors.

Douglas Goldstein: I’m very excited to have Mindy Ajzner on The Goldstein on Gelt Show. She did some great work with Chaim BePlus, which was her brainchild, and it helped many people get out of debt. Mindy, it’s a real pleasure to have you.

What Do Young People Know About Personal Finance?

Mindy Ajzner: They know a few things, like the cost of a cappuccino or how much a piece of pizza costs. They know how to buy stuff on eBay and most importantly, they know how to press the right buttons so that their parents will buy them whatever they want.

Douglas Goldstein: What does that teach them fundamentally about finance?

Mindy Ajzner: They know how to work on it on the emotional level. But they don’t have the skills - the literacy that one needs to navigate the modern world.

Douglas Goldstein: What’s the biggest thing they are missing?

Mindy Ajzner: First of all, negotiation skills. Learning how to get the right price on everything that they buy and knowing how banks and credit cards work. There are employment issues too, for example, what’s the minimum wage, what does it say on my salary slip, and what are the taxes and social insurance issues?

In other words, they shouldn’t be scared of things like this. They need to overcome the block that a lot of people have towards documents or tables and things they see. They should know that these things can be really friendly and are something that really gives us a better quality of life if we just understand it better.

Douglas Goldstein: Why do you suppose people are so scared of dealing with it?

These attitudes seep into their kids as they are growing up. It’s important to teach our children to be independent and to appreciate what they have.

Mindy Ajzner: It’s possible. That’s why in Chaim BePlus, we have a system called mentoring. We bring in college students to mentor kids that are in high school. If you have a role model or someone who has a positive financial attitude, who knows how to make money and save it and handle it and feel good about it, then that person will influence you to go onto the right track.

A lot of times, it might mean breaking away from the preconceived notions that you got as a child and going off on a new path.

Douglas Goldstein: I’m sure that many of the tools that you teach, at Chaim BePlus, are applicable all over the world. You said that one of the skills that a lot of young people lack is negotiation skills. Is negotiation per se an important financial skill that people need?

How Important Is It To Have Good Negotiation Skills?

Mindy Ajzner: There’s really no such thing as a fixed price. It’s quite shocking when you find out that even at your local bank people are paying different rates on their service charges. Whoever negotiated a better price is the one saving money.

Even the service charges that people pay on their pension funds are up for negotiation. That also applies to salaries, asking your boss for a raise, knowing how to do that, and how to get your worth on the market. If you’re a young person starting out, try to get the wages that you desire. All of this takes a lot of confidence and a lot of skills, which our mentors are giving to the young people.

Douglas Goldstein: What about the issue of investing? If someone has saved some money and they want to start investing, is investing something that one can be taught? Or should one just put it into whatever work fund is available, as part of their pension, and let it ride?

Mindy Ajzner: It’s really a mathematical calculation. You should figure out how long you hope to live, and how long you hope to work and have income. Then you must divide up the amount of your income to last all of the years until the end of your life. It really comes down to very simple math, and that amount is how much you have to put aside.

Douglas Goldstein: I want to focus on one of the main areas where you’ve really influenced society, which is dealing with teenagers. A lot of people say that teenagers only live for today and they do not think of tomorrow. What is it that you can do to get younger people interested in topics like budgeting and saving?

Mindy Ajzner: It’s about role models. You can bring in people that show them, “Okay, if you give up a hamburger every day, at the end of the year you can buy a motorcycle. Then with that motorcycle, you can have a job delivering newspapers, and from that money you can pay towards your education, and from that money you can buy a house, and so on and so on.”

When these role models come in and show them exactly how they did it, it serves as an inspiration. We’re really out not only to inform and educate, but to really inspire people about what the benefits are of being financially independent; not having to go to your parents for money. We’re teaching them to let their parents grow old and have enough for what they need.

Douglas Goldstein: What would you advise a parent to do when their child asks them for their credit card to buy something?

Mindy Ajzner: It’s a matter of budget. There has to be a set amount that every young person has at their disposal, and it’s up to them to make choices on how they want to spend it. Here, I’m not talking about a certain amount. The amount doesn’t really matter. It matters how they come to their decisions and whether they’re guided by good values and thinking properly about choosing purchases that will further themselves, or if they’re just wasting it on things that are easily disposed of.

As parents, we have to guide our children to make good decisions with the money that we give them and to help them learn how to save up money for their future goals.

Douglas Goldstein: We have to lead by example on the one hand, but also lead by not enabling the kids to become bad at handling their money. Mindy, how can people learn more about what you are doing and follow your work?

Mindy Ajzner: They can visit our website, ChaimBePlus. We’re opening courses in private homes, which are hosted by the parents. Any parents who have kids, 17 to 21 years old, can get a group together of 10 kids and we’ll be happy to send a mentor to your home. I’m talking about parents based in Israel.

Douglas Goldstein: Okay, fantastic. Thanks for your time, Mindy.