What to Expect When You Retire in Israel 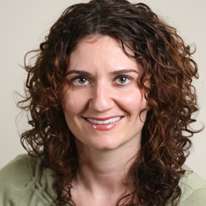 How does retiring in Israel compare with retiring in other countries? Liora Bowers, director of Policy Analysis at the Taub Center for Social Policy Studies in Israel, explains why retirement planning in Israel is based on work-based pensions rather than on relying on bituach leumi. Find out why most Israeli retirees have better health coverage than they would in the United States, and what you need to know about nursing care for the elderly.

How can you benefit from economic growth?

Douglas Goldstein, CFP®, interviews Liora Bowers, the Director of Policy Analysis at the Taub Center. She talks about the intricacies of retiring in Israel, and Taub Center’s mission.

Douglas Goldstein: I'm very excited to have Liora Bowers on The Goldstein on Gelt Show. She is the Director of Policy Analysis at the Taub Center, here in Jerusalem. Liora, it’s a real pleasure to have you.

I know that the Taub Center covers a huge amount of policy questions, but one of the big issues that we talk about a lot on The Goldstein on Gelt Show is how people can retire in Israel. How does Israel really compare with other countries when it comes to retirement?

How Does Israel Compare With Other Countries On Retirement?

Liora Bowers: First of all, we're talking about a smaller population of retirees. About 11% of the Israeli population in Israel is over the age of 65, relative to about 16% in other developed countries. We're already starting with a younger population, and that contributes to having more people in society who are able to work and to support the elderly population.

Here in Israel, those in retirement depend much more on their own private sources of income, whether it's private pensions or income from work. In other developed countries, there's a bigger emphasis on government support for those in retirement.

Douglas Goldstein: Is that because these people have saved more during their working years?

Liora Bowers: Israel has a strong history of private employment-based pensions with coverage rates that are long among the highest in the OECD. The Histadrut Labor Federation first established employment-based pensions in the 1940s, and these became very commonplace across the market. About half of the Israeli elderly population in 2011 received income from this private pension.

Douglas Goldstein: I see so many people in Israel who’ve been forced to have employment-based pensions, because of the regulations here. Are you saying that it's more than in other countries?

Liora Bowers: Absolutely, and for many years it wasn't forced. It was just what was done here. In 2008, it actually became an order that all employees must have contributions both from their employer and themselves to a pension plan. The idea here from the government was to ensure that a generation from now, all Israelis who are a part of the labor market would have a notable stream of pension income.

Douglas Goldstein: Was this just a way for the government to take some of the burden off itself and put it onto individuals?

Liora Bowers: I think it was simply a retirement government policy of saying, "Do we want to be a government that supports the elderly through very high Social Security-type payments? Or do we want to build on the existing system, which already included a lot of high prevalence of occupational pensions? The government decided on the latter, so in our system we have a very high rate of private pensions, and that means that some people are left out of the system. About one in five Israelis who are in retirement live under the poverty line. That is a very high rate - about double the equivalent rate in the OECD.

You see households that are headed by Arab-Israelis, women, and those who immigrated from the former Soviet Union at an older age, who for various reasons have much lower pensions than their counterparts. This could be as a result of being in and out of the labor market. It could also be because they didn't have jobs that provided pensions. In the case of Russian immigrants, they didn't have many years of labor market experience in Israel.

We have a duo market here. We have those who have many years of pension savings among the elderly, and those who do not have any.

Douglas Goldstein: Those who don't have private work pension savings don't benefit from a large Social Security or national insurance. What I see is that Bituach Leumi, the National Insurance here, is actually relatively low. Here, people may get NIS 1,000 or 2,000 a month. That is not enough to live on, whereas a lot of Americans may get $2,000 a month from Social Security, which for many people is quite enough.

Liora Bowers: Absolutely. Only about a third of the income of the elderly in Israel comes from the government. That is a very low rate, and you're talking about old age allowances and income support. We might be looking at numbers close to 60%, 70%, or 80% in other European countries. People here are relying on their own private pension system, and that's the way government policy has evolved, especially in the last seven or eight years.

Douglas Goldstein: Liora, one of the big issues that we've seen in the United States is that health care is a real problem for people who are retired. They may either have pre-existing conditions or simply not have a plan. Also, a lot of times their health care was based on where they were actually working. What can retirees in Israel expect in terms of health care?

Liora Bowers: The healthcare system here is universal and is fairly effective. Israel has one of the highest life expectancies in the world at 81 years; about three years more than the OECD average. In general, everybody is covered under one of the four health funds and the system covers the cost of most serious health issues that anyone should encounter.

There has been, in recent years, a large increase in the share of Israelis purchasing private insurance or supplementary insurance. This is in addition to the universal covers provided by the government. That's certainly an issue because this is incentivizing more doctors to spend more time in the private system and attracting resources, especially doctors and other health care professionals from the public system. It’s a very different experience than being in the U.S. Everybody has coverage here, and the most serious conditions are covered. There's no issue of pre-existing conditions or any rating system for who's eligible for health care and at what cost.

Liora Bowers: Commercial insurance is being offered by more and more employers, and it's a benefit. It's seen as another way to incentivize employees. Supplementary insurance, on the other hand, is offered by the health funds and is relatively inexpensive for the average Israeli. There's definitely a feeling of risk aversion when it comes to issues surrounding surgery or non-emergency procedures.

How long is it going take you to get that surgery? How long are you going to have to wait? These are the issues leading to this trend of increased rates of private coverage.

Douglas Goldstein: We've certainly heard stories when people talk about the British or the Canadian healthcare system, where people had to wait a year to get a surgery they needed. I’ve lived in Israel a long time and certainly sometimes things do take a long time. But in my 20-plus years of living in Israel, almost all of my interactions with the healthcare system have been good. Do you think there really is a need for people to get this extra healthcare coverage? What about nursing care coverage, which a lot of elderly people may benefit from?

Liora Bowers: It's an individual choice in terms of risk and how one feels. I have no doubt that the healthcare system in Israel can take good care of people when it comes to the most serious health and emergency issues. But If you want to be able to choose your doctor, to have an appointment sooner for some elective or non-emergency procedure, in other words, if you want to feel like you have a broader range of services and resources available to you, then certainly the supplementary and perhaps private insurance options will be a great choice.

However, in terms of nursing care, Israel does not have a well-developed system. In many other countries, nursing care is part of the overall health care system, but here it's not. Israelis need to have either their own nursing insurance or some plan for aging, and the government does provide some support and some assistance in nursing for lower-income individuals.

Douglas Goldstein: Got it. What does the Taub Center do? What's it all about?

Liora Bowers: Our mission is to be the leading social policy think tank, trusted from the left to the right of the political spectrum, providing independent and unbiased research on the burning social and economic issues affecting Israel today. We produce research in the areas of health, welfare, labor markets, education, and economics. We target policy makers, including Knesset members, government ministries, and municipal leaders, because we believe positive policies are based on data-driven research.

All of our materials are available for free on our website. Our funding comes from private, non-partisan individuals and foundations who really believe in higher quality policy making in Israel and thus all of our materials are accessible to the public. We try to write in a way that the general audience can understand. People can follow us on Facebook and Twitter and really stay up to date with our most recent research, as it affects Israel's social and economic well-being.

Douglas Goldstein: Great. Is there a website as well?

Douglas Goldstein: Liora Bowers, thanks so much for your time.