Is Being an Entrepreneur the Way of the Future? 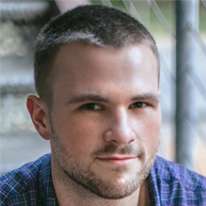 Do you have more job security as an employee or as an entrepreneur? Taylor Pearson, author of The End of Jobs, explains why becoming an entrepreneur does not mean giving up the security of having a job, why jobs are becoming a thing of the past, and how entrepreneurial skills can help you write your life script. What does the future hold for traditional jobs, and what are the growing industries that today’s university graduates should be focusing on?

Should you be concerned about a drop in the bond market? Today, Doug Goldstein, CFP® looks at reasons why a bond may decrease in value, and what you can do if you decide to invest in bonds instead of stocks.

Taylor Pearson, author of The End of Jobs, discusses entrepreneurship and the direction that jobs are taking in modern society.

Douglas Goldstein: The question I want to answer today is whether it’s better to have a job or be an entrepreneur. Taylor Pearson, author of The End of Jobs, has, through intensive research, discovered that regardless of industry, age, race, country, or gender, entrepreneurship has become dramatically more accessible and profitable, and believe it or not, safer than having a job. Should everyone become an entrepreneur?

Should Everyone Become An Entrepreneur?

Douglas Goldstein: Let’s focus on a definition a little bit. Because this is a personal finance show, I want people to walk away and feel that they have some tools for improving their personal financial situation. They won’t have to quit their jobs and become some high tech hero?

Taylor Pearson: The trend that I see happening in work and in the economy is that entrepreneurialism, entrepreneurship, is getting more valuable. Whether that’s happening inside of a company or whether that's happening as something you do on your own, it is still something that is gaining momentum.

Douglas Goldstein: What does it really mean to be an entrepreneur? What’s the definition?

Who Is An Entrepreneur?

Taylor Pearson: In my mind, entrepreneurship is connecting, creating, and inventing systems. I would define a job as the act of following the operating system someone else created. Since 1983, the only segment of jobs to show significant growth was what is defined as non-routine cognitive jobs. These are jobs where you’re doing something new every day, and you think about how to create some new way to do it. I would define that as synonymous with entrepreneurship.

Douglas Goldstein: As an entrepreneur myself, that sounds great to me. For a lot of people, I don’t think that’s what they want to do. They actually like having something that’s predictable. They like knowing what’s expected of them. Are those people doing the wrong thing?

Taylor Pearson: From a purely labor force point of view, those types of jobs are going to disappear gradually over time. That will happen through automation in technology or through a much more competitive global labor force.

Douglas Goldstein: What you’re saying is that if you don’t become entrepreneurial, at least in your mindset, you’re going to be out?

Douglas Goldstein: Hence the name of your book, The End of Jobs. What got you writing the book?

Taylor Pearson: I was at an entrepreneurial conference with a mentor, in Thailand. We were having this conversation at the breakfast buffet. I’m from Memphis, Tennessee, originally, which is in the South East of the U.S. I was trying to talk to him about how I would go back and explain to the people I grew up with the worldview that I’ve come to see over the last five years of research and meeting a lot of these people. How will I communicate this as a life script? We all grew up more familiar with certain life scripts. You’re familiar with the doctor life script, or the lawyer life script, and what that path looks like, but what does this new entrepreneurial path look like?

Douglas Goldstein: If someone wants to write his own life script, what would you recommend he do?

Taylor Pearson: It starts a lot with taking control, or rather taking responsibility. It’s often hard to take control. Someone has to give you control, but you can always take on more and more responsibility. That was how things progressed with me personally. I would take on more and more responsibility in the different jobs that I had. Some companies didn’t like that, and I didn’t last very long at those places. Others did, and they gave me lots of opportunities and moved me up very quickly.

Douglas Goldstein: Taylor, please tell us in your own personal work experience, where were your most successful moments, and what did you do to be so successful?

Taylor Pearson: The most successful job I ever had was working in an E-commerce company based out of San Diego. Gradually, over time, I started doing things that weren’t in my job description. I started taking on other responsibilities and taking on other projects. It was a small company and that kind of work was rewarded pretty quickly, so I was able with to move up that company very quickly. That opened a lot of new opportunities, and that company actually helped me launch my own venture afterwards.

Douglas Goldstein: I’m a middle-aged businessman, and I consider myself an entrepreneur. I’ve started a number of companies. My core job is that I run an investment company based in Jerusalem, where we have a very specialized market. We deal with people who live outside the United States who want to invest inside the United States; it’s a real kind of niche thing. Quite frankly, when I speak to other businessmen and women in my generation, a lot of us feel that the younger generations aren’t really interested in branching out. They feel very entitled to get things and they don’t have the same sense that they should come up with a new idea and really work at it. Am I missing something because maybe I don’t have enough exposure there?

Taylor Pearson: There’s certainly a kernel of truth there. I can certainly say this is true of me and my friends growing up, that you follow this particular life script. You get these educational credentials and on the other side it’s going to be this long, safe, secure, profitable career waiting for you. Sometimes that was said explicitly, but I think it was always whispered. It was always the subtext implicitly. That really hasn’t panned out. and it doesn’t show any signs of looking like it’s going to pan out.

What comes across as entitlement is really frustration. Frustration that this didn’t work out the way we were told it would, and we’ll have to figure out how to do it ourselves.

Douglas Goldstein: Let’s say someone’s starting in his career but he is still in university. What would you suggest he focus on since, as you’re describing, conventional jobs seem to be disappearing?

Douglas Goldstein: Marketing and technology. I’m not sure that’s for everyone. If someone’s going to be studying in university and maybe is just not interested in those fields, do you think all hope is lost? Where do you see jobs being lost and what are the facts on the ground there?

Taylor Pearson: Certainly you can be entrepreneurial in any field. The force underlying this is globalization. From 2000-2010, there were the same number of college graduates globally. There has been a huge surge in the last decade and a half, of the number of educated people around the world who are very easy to access. This is a very globally competitive market.

At the same time, you have this rise of software. The venture capitalist Marc Andreessen likes to quip, “Software is eating the world.” You see this happening in industry after industry, that software is coming in and replacing a lot of traditional jobs. In my mind, the work that’s going to be left is inventing new systems, new types of work, and imagining new potential futures. That’s something that can be done in any field, but it’s typically not something which traditional forms of education prepare people for.

Douglas Goldstein: What’s interesting is that those traditional forms – college and university - are very entrepreneurial. Tuitions and the cost of textbooks have gone up in the past 10 years. It’s not because the students or the professors are getting paid any more. It’s just because the business of college is so well run that they’re becoming very profitable. Maybe that’s another business people can go into if they look at it as a real entrepreneurial venture.

Taylor, how can people learn more about you and your book and follow your work?

Taylor Pearson: My website is taylorpearson.me and you can find the book on Amazon. If you want to download the first few chapters for free, that’s at eogbook.com

Douglas Goldstein: Taylor Pearson, thanks so much for your time.