How to Discuss Estate Planning With Your Parents 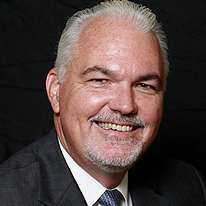 Estate planning is a critical part of financial planning. While many folks focus on retirement planning, it is equally important to spend time thinking about what happens to your assets when you no longer need them.

Today Doug shatters the taboo of talking about estate planning and details what you need to do in planning your estate. What documents do you need, and with which professionals should you consult?

For more about planning your estate, read Why Your Investments Must be Different From Your Parents’.

Family politics and the fear of losing your loved ones can make estate planning discussions difficult. Jack Tatar, author of Having the Talk: The Four Keys to Your Parents’ Safe Retirement, and What’s the Deal with The Talk Between Adult Children and Their Parents? discusses how to avoid future disputes over wills and inheritances.

Learn when is the best time to have “the talk” and get tips on how to raise these sensitive estate planning topics.

Get a free copy of his book What’s the Deal With… The Talk Between Adult Children and Their Parents at: www.havingthetalkbook.com

Author Jack Tatar, who wrote Having The Talk: The Four Keys to your Parents’ Safe Retirement, discusses how to make end-of-life planning easier. What are the conversations you need to have with your family, and who are the professionals you should consult?

Douglas Goldstein: Jack Tatar has written several books, many of them to do with end of life planning. Recently, he wrote an article on Market Watch called How to Make End of Life Planning Easier.

How can people make end of life planning easier?

Jack Tatar: End of life planning requires having real conversations between family members as well as using the services of professionals such as a financial advisor and an estate planning legal expert. I find the most difficult aspect of the planning is not so much working with the estate planning person who has the expertise or the financial planning person who has the expertise and the knowledge and typically the relationship but it’s getting that conversation started between the generations so that everything is worked out properly. You don’t want unspoken expectations that come into play after things have happened. I’ve seen in my experience these things occur which tore families apart.

Douglas Goldstein: You mentioned the importance of having conversations and I’ll tell you that I know it’s difficult to have these talks. As a financial advisor myself, I’m also that guy you mention where the family comes to me and I speak with the parents and the grownup children about these topics. But one of the things I realized is that getting to that level is difficult. Frankly, even with my own parents. I’m very good at doing it professionally but you know when you have to approach your own parents and say “Hey, we should talk about the problem of driving or the problem of safety in the house” it’s awkward. What can people do before they get to the professional to involve their parents in that conversation?

Jack Tatar: It’s is very awkward and I call it “the talk” – in much the same way as your parents had the talk with you when you were younger, I put a lot of responsibility onto the adult children to say there is a need to have the talk with your parents. Invariably I have found that we end up having the talk but we end up having the talk too late. It’s often towards the end when there’s a lot of things that we can’t do and a lot of changes we can’t do – estate look backs and things like that. Or, there’s certain expectations that the sibling was going to get that or that and it’s a little too close to the end. So I advise families to have the conversation sooner rather than later. The optimal time to do it, I feel, is when you’re either nearing or close to retirement. When you’re really starting to think about what this next stage of life is going to look like, it’s a great time to sit down with your parents and even for the parents to promote the conversation and have the discussion at that point in time. So that you’re having it as I said earlier rather than later because most of us have the talk but we just have it too late.

Douglas Goldstein: What would happen, let’s say, if people neglect to have the talk? What are some of the worst case scenarios that might arise?

Jack Tatar: What I’ve seen occur – and it’s interesting because whenever I bring this up to people and I mention this everyone has a story. Everyone can say “This happened in my family. I don’t speak to my brother anymore or I don’t speak to my sister anymore” because of something that resulted because they didn’t have the talk at the right time. So what ends up happening is not having the talk can tear families apart and it could be over a small amount of money. It could be over some trinket that some sibling wanted in the house that was not planned for. It could as simple as that. So not having the talk really tears families apart as well as it also can cause financial implications. It sets up situations where if you don’t do this planning, you don’t do the talk, you possibly can end up giving away a lot of money to those people outside the family that you don’t want to give that money to. So there are financial issues here as well. It’s the family issues and it’s the financial issues that really can become the worst case issues.

Douglas Goldstein: Where would you open up the conversation?

Jack Tatar: You asked earlier how one should have this talk and how one should have this conversation. It’s an uncomfortable conversation for people. I have found one of the best ways to do this is rather than being direct and saying to your parents or saying to your children “We need to sit down and talk about this.” I have found that one of the best ways to do this is to just bring up stories or situations that have happened. I’ve had success stories with people who have said “I had the talk with my mom or dad because I referred to something that happened to our Uncle Sam who had a situation where now his family isn’t talking to each other because they didn’t have the talk.” So a lot of times you can bring in personal situations that you’ve seen from friends and outside family to say to your mom or dad “Look, I don’t want to see happen to you and us, what happened to Uncle Sam and his family.” I think that a lot of people look around and they can see those situations where things haven’t gone well, where families hadn’t planned on long-term care, where they hadn’t planned on making sure that the estate is transferred properly. It’s a good idea to bring up those points and say “I don’t want that to happen to us. I want to make sure we keep our family together. I want to make sure that all your wishes for your finances are done according to what you want not what the government wants and therefore let’s have that conversation.” So a lot of times it’s drawing on their past experience, but sitting down. Then, like you said, one of the things you talked about, finance is there as well. Encourage your parents to consider the question so they can respond and say, “This is what I want. This is what my wishes are” because invariably it’s the parents’ money. They worked hard for it. “What are your wishes? What do you want?” That is a real good starting point rather than saying, “Let’s take a look at your finances. Let’s take it a look at your property. What do you want?”

How Should Cross Border Issues Be Handled?

Douglas Goldstein: A lot of the people that I talk to are cross border. Any special issues you think should be brought up or discussed when it’s a cross border relationship?

Jack Tatar: There are things that are involved in that. I just want to come back to one thing that you mentioned which is the fact that having a professional such as yourself is very important because I have found that a lot of times that professional can act as an intermediary and is a person to kind of bring families together and if the family has a relationship with a financial professional such as yourself and you’ve shown or you’ve taken care of the family, that allows you to kind of bring the families together and have these discussions. So I think it’s very important that the family has a professional whose involved in these conversations. A lot of times that person can drive it, but to your question about cross border issues, I think there’s a lot of issues involved, and I think a lot of these will require people to take a look at exactly what the situations are that are out there and base in the countries, and this is once again where professional can come into place whether it’s a professional who is an estate planning specialist or financial planning specialist. When you have situations like this where you have potentially families in the U.S., families in Israel maybe even some joint citizenship issues, it’s very important to take those into consideration because you have different laws in terms of tax, lifetime exclusion amounts that vary between countries.

So what we’re seeing is we’re seeing a lot of people are starting to work with either doing a will in each country or to do something that’s even be known as a geographic will, something that covers both no matter where the country is but what’s very important is you need to understand the laws in whatever countries there are that are involved whether you have your accounts in the U.S., accounts in Israel but also understanding that if the family who is going to be passed on the finances is in the US. Some of those exclusion laws, some of those financial requirements could be different in the US as they are in to work with an expert who understands both countries. So there’s a lot of the merits. It’s interesting you mentioned that. I just tweeted out this morning a very good paper that I saw on estate planning for cross border families out there. So there’s not a lot out there on it but whose you to speak to a specialist who is aware of all these laws that are out there.

Douglas Goldstein: How can people follow you and follow your work and learn more about what you teach?

Jack Tatar: If you go to my website, which is www.safe4retirement.com, you’ll see information on myself and my books. I invite you to take a look at my book, which is called Having The Talk: The Four Keys to your Parents’ Safe Retirement, which outlines a lot of ways to have the discussion between family members, and if you go to the website www.havingthetalkbook.com, you can actually download a free copy of my book What's the Deal With... The Talk Between Adult Children and Their Parents.