How to Determine If You Should Renounce Your American Citizenship 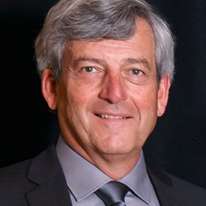 On today’s show, Doug answers a letter from a listener asking how to deal with U.S. tax obligations and whether it is worthwhile to renounce American citizenship. Get a link to the video of an interview with Bitcoin pioneer Roger Ver, who explains why he gave up his citizenship.

What should an individual investor do when devising a personal investment strategy? Should you own individual stocks? George Sisti, CFP®, a former U.S. air force pilot and certified financial planner, shares a simple strategy for personal investing.

Read George Sisti’s columns on Marketwatch – http://www.marketwatch.com/ and sign up for his newsletter at http://www.oncoursefp.com/

Financial planner and former U.S. Air Force pilot George Sisti discusses investing and how to make financial decisions without letting your emotions get in the way.

Douglas Goldstein: George Sisti is a certified financial planner. He wrote an article in Market Watch called “You don’t Need to Own Individual Stocks.” He was a former United States Air Force pilot and a pilot at United Airlines.

Why don’t you need to own individual stocks?

George Sisti: I think the reason you don’t want to own them is because they contain additional risk that you don’t need to take. The stock market is risky enough, it’s volatile and you can’t avoid that. You can’t avoid the volatility as a stock investor. But by owning individual stocks, you take on individual company risk and owning individual stocks offers no expectation that you will receive higher than market returns – so I see no upside and only down side.

Douglas Goldstein: There are a lot of people on the other side who say if you do your research and you find a really good company, a company that’s been increasing its dividends every year and that has a huge market share and a great brand, it might pay to invest in a great company like that?

George Sisti: Let’s make a comparison. Let’s say on the one hand, an investor has a portfolio of individual stocks that he’s picked through his research, and on the other hand, we have an index investor who owns the Vanguard Total Stock Market Index fund. The fact is the Vanguard investor who owns the total market owns all the good companies as well as those not as good. The second point I would make is that the person who has done his research to find “good stocks” may find that in an efficient market where prices are determined by very intelligent, capable profit seeking individuals, those good prospects were already reflected in the price. So, he no longer has an advantage. You have to see something that everyone else is missing. Everyone else is not understanding the future prospects as well as you do – that’s highly unlikely especially if you are just an individual investor picking stocks.

You know a lot of people have an affection for the company they work for. They think they understand the company better than outsiders. But, just because you work indoors, it doesn’t mean you have insider information. If you work for a publicly held company, the idea that what you see inside the company isn’t known by observers outside the company is also naïve.

Douglas Goldstein: What about the people who say something like, “I own an iPhone and I’ve got an Apple watch and I love the technology and I always love buying things that Apple makes. I just want to be part of their future because they seem to be on the cutting edge.” What’s the problem with that?

George Sisti: Because you don’t see anything that everybody else doesn’t see. The first question we have to ask is why do we own stocks? I would say I own stocks because I want to be a participant in the economy. I want to own a small portion of the economy. Now, if you are looking for the best in the individual companies, consider what is the reason for owning that particular stock? It has to be because you think it will do better than the total stock market index fund, let’s say. How would you know that? Doesn’t everybody know about Apple? Aren’t there iPhones and iPads everywhere? So the company’s prospects, aren’t their future prospects already priced into that? The price of the stock? I think the answer is yes. So you don’t have any new knowledge that you can exploit to your advantage.

How to Choose the Right Mutual Fund or ETF

Douglas Goldstein: Let’s dive into the next step, which is owning mutual funds or ETFs. There are thousands of these types of securities out there. How can a person choose?

Douglas Goldstein: One of the things that always impressed me about pilots – and frankly I just hear it in your voice – is their ability to not sway from their path when things like emotions rise within them. In other words, if a pilot is afraid, he can’t all of a sudden just do something crazy. How do you teach that or how do you guide your clients to make sure that they are not letting emotions guide their investing instead of their intelligence?

George Sisti: I think that’s why our clients hire us, you can’t teach people to be unemotional, but if they trust you and take your advice, you can modify their behavior so that they don’t respond to the noise, to the daily noise of the market and that’s the biggest thing that we can do as financial planners to help our clients, because our clients’ long term return is going to be the function of two things. Number one, the most important thing is going to be their asset allocation of their portfolio and number two is going to be their emotional responses to what happens in markets. And unfortunately, for most do-it-yourself investors, the second component, the emotions often overrule a good portfolio allocation. So that’s what we need, our clients need to trust us and they need to trust us because we are trustworthy in looking out for their best interest and they learn that over time I think.

How Should People Close to Retirement Handle Low Interest Rates?

Douglas Goldstein: Interest rates today for a lot of people and probably a lot of our clients are a big problem because they are getting into retirement years or they are retired, and they had been counting on getting interest on their money, but now it’s basically zero. How can you help people like that out?

George Sisti: My strategy when people retire is to have a portion of their portfolio and what I call safe money or dry powder. And by that I mean U.S. treasury securities, investment grade corporate and municipal bonds and we are going to spend down from that side of the portfolio, whatever their drawdown might be every month or every quarter. It’s going to come from that “safe money.” Then whatever allocation we have in stocks, we just let that do its own thing. We reinvest the dividends and the stock funds. In that way they are not in a position where they sell shares of stock, or stock funds in a declining market to pay the light bill this month. I think that strategy makes a lot of sense to people and you don’t have to be very wealthy to do that. It depends on how much you are spending, how much is coming in, the difference of the two. So it could work for somebody with modest means or it could work for somebody who’s very affluent. If you can get five to ten years of draw down money as a retiree, then you can hopefully withstand the emotions of market volatility in your retirement years.

Douglas Goldstein: So just to clarify, you are saying put aside five to ten years of spending in more conservative investments like CDs, treasuries, bonds and munis, and then the rest of the money you can invest in a riskier pattern.

George Sisti: Right, so this is what I would say. The past is a guide to the future. It’s no guarantee for the future. We know by using Ibbotson data that there’s never been a 15-year period where the S&P 500 or domestic stocks represented in the S&P 500 had a negative rate of return and there’s never been a 20-year period where the S&P didn’t beat inflation. So if somebody could put 15 years of funds away, if they have 15 years of safe draw down money the day they retired, I would think they could be very confident that their portfolio allocation was very robust for them. Now there’s no guarantee that the next 15 years starting the day you retire won’t be the first 15-year period that stocks lose money, but you know life is not fair. That’s a strategy, it makes sense and it’s prudent. That way, whatever is left over is your equity allocation for growth so in a low interest rate environment, since we are going to spend down principal more than the interest from our fixed rate investments, if interest rates are 2% instead of 5% as we’d like to see, it just requires a slightly larger allocation to the saved money because the great majority of the money we’re going to spend in retirement is going to be spending down principle. So I look at it as total return strategy rather than a leave-off the interest strategy like my parents did.

Douglas Goldstein: How can people follow you and learn more about some of your other ideas?

George Sisti: I usually write two columns a month at Market Watch on the Retire Mentors page, where I explain my thoughts about investing and financial planning and retirement planning, and I also have a monthly newsletter I write. You can go to my website www.oncoursefp.com and there you can click on the newsletter and link and you can read the newsletters or sign up for the newsletters.