Why Demographics is the Best Tool To Predict Economic Growth 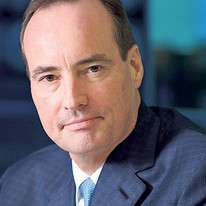 Harry S. Dent, Jr. is the founder of Dent Research, an economic forecasting firm specializing in demographic trends and author of The Demographic Cliff: How to Survive and Prosper During the Great Deflation Ahead. Discover why the study of demographics so important for predicting the economic future.

Economist Harry S. Dent, Jr., founder of Dent Research and author of The Demographic Cliff: How to Survive and Prosper During the Great Deflation Ahead, shares his insights on demographics and why this is an important component of predicting the economic future.

Douglas Goldstein: You always seem to base all your predictions just on demographics, which was so different from what everyone else did. Why is that?

Harry Dent: It’s the most important prediction. Demographics is the most fundamental trend, and it’s also the most projectable. I can tell you when there are going to be major downturns decades in advance, and when the economy is going to boom in different countries. We predicted the Japan decline in the late 80s, when people thought Japan could never do any wrong again, and we predicted in the late 80s, at the same time, that the baby boom in the United States would keep driving up its economy until 2007. Ever since then, we’ve had constant quantitative easing in countries like the U.S. and Europe to fight this natural demographic downturn. People in the workforce at average age have kids at 26. They buy their first home at 31, their second home, the largest home, at 41-42, they peak in spending at 46, and then they save more, and that’s the problem. Baby boomers around the world are saving more. Israel happens to be an exception because you have much stronger demographics and a higher birth rate. But most developed countries are aging and declining, and economists ignore it for one simple reason. They never study demographics. They don’t even think it matters. But it’s the most important. We have many other factors we study. It is the most important factor and even has told us when inflation is going to rise and fall decades in advance.

Douglas Goldstein: The economy seems so different now from how it was when our grandparents were dealing with it, given the internet and just the speed of development is so different. Do demographics really still matter? It’s really a paradigm shift.

Harry Dent: First of all, demographics started to matter after World War II because of the innovations in automobiles, electricity, and phones. These created the first suburban middle class populations in history, where broad numbers of people had high incomes and could afford homes on mortgages. That didn’t exist before then, but technology made that possible. If you look back to history about every 45 years, you get major new technologies that move mainstream and change life. Yes, our lives are much different than our parents or grandparents, but also their lives were different from their parents’ and grandparents’ lives. Could you imagine life before the telephone and flush toilet, electricity, and automobile?

Douglas Goldstein: So you’re saying that even given the changes, there’s always some sort of technological change that we’re seeing which allows some sort of prediction. But there are a lot of people who look for cycles, like people now are talking about a seven-year cycle, which they begin to see. Frankly, given the state of the market recently, is that also related to demographics, or there are just multiple cycles that we’ve been in and out of?

Harry Dent: I have four key cycles that are little longer term: a demographic one, an innovation one of 45 years, a geopolitical cycle, which is very important, especially in the Middle East and places where that is a hot button, every 36 years, and a boom-bust cycle on average every 10 years. Then, our shorter-term cycles boil down to a seven-year cycle. I agree with that one. You go back seven years, and there’s been some type of substantial recession or stock crash all the way back to the 60s. Then, we have a two-year cycle where corrections are more likely. So the seven-year cycle hits here in 2015, and the next two-year cycle hits in 2016. With all of our other four major cycles, it is very rare, only once in a generation and twice in a lifetime have we seen these four fundamental cycles that I’ve tracked back 100 to 200 years turned down at the same time. 2014-2019 is the next convergence, like the mid-70s and early 30s, which were the two worst economic crises and stock crashes in the last centuries. So I’m not just looking for a correction here in the markets. Demographics point down from 2008 to 2022 in the U.S. and farther down in another countries. We’ve got these four cycles pointing down into the next four years. I see a major financial crash and crisis, not just the correction that we’ve seen starting in late August.

What Is the Geopolitical Cycle in the Middle East?

Douglas Goldstein: You said there’s a 36-year cycle, as it relates to the Middle East. Tell me a little more. What we should be looking for?

Harry Dent: It’s a geopolitical cycle. It seems to be positive for about 18 years, like 1983 to 2000. Ask yourself, what went wrong in the world? We had a 100-day war with Iraq just to kick them out of Kuwait, but since 9/11, we’ve seen one geopolitical disaster, one civil war, one revolt, after another. Russia moved into the Ukraine, and terrorism is rising and rising. ISIS replaces Al-Qaeda. This is what happens in a negative geopolitical cycle, and obviously it has an impact on politics and all of that stuff, but it tends to cut the price earnings ratio, the valuations on stock in half, into a down cycle because investors see higher risk. There was no risk in the world from 1983 to 2000, but from 2001 to now, the risk just keeps going up. That’s our second most important long-term cycle. If I’m in Israel, sitting in the Middle East, it’s even more important because I’m surrounded by the most tumultuous area in the world right now.

Douglas Goldstein: I know that you’ve tried to put numbers onto these predictions, and a lot of people follow what you’re saying. They trade based on what you’re talking about. How do you put real investment figures onto these kind of theories?

Harry Dent: The best indicator we have is called the “spinning wave,” and I can do this in any country, but in the United States it was up from 1983 to 2007. It’s just a 46-year log on the birth index, and I have to adjust for immigration because those are real people, and I can do that with a computer model very accurately. That model shows the magnitude and said the Dow would go up somewhere around this much. The real target would have been like 16,000 to 20,000, and we got close to that, and now it says we’re probably going to go down to 3, 4, 5, 6000 in the next several years, as this trend turns down. The magnitude is the hardest to predict. The turning points are easier. In other words, we would’ve told an investor you can have a buy and hold strategy from the beginning of 1983 to the end of 2007. After that, you’d better have a more flexible systems or just get safe and protect your assets. This is because when you have the government step in and pump all this money into the economy, that’s not something that has anything to do with demographics in these cycles. It can pump it up even higher. So we’re the best at giving people times where investment is better and more productive, when you need to be safer, and we’ve been extremely good at it.

Douglas Goldstein: One of the issues that I know you focus on is the issue of deflation as opposed to inflation. Tell us what you mean by that, because I think it’s a little bit of almost a political figure at this stage, and why you think that’s the direction we’re going?

Harry Dent: Inflation happens due to two major factors beyond government monetary policy. That’s the smallest part of it, or an OPEC embargo. Inflation happens when a young generation is entering the workforce at great expense to raise them and get them offices and everything in between, and educate them. When the old technologies, like the major shifts you were talking about, are petering out, productivity goes down. That’s what we had in the 1970s. Then we had this great bubble boom. That happens in what I call the “fall season,” when inflation is falling, interest rates are falling, the new technologies are moving mainstream, and the generation is spending money. Everything is good as it can be, like in the roaring 20s. What follows that is the winter season, deflation. You get financial bubbles from credit bubbles, and overspending and overexpansion by consumers in businesses, and you have to flush all of that out. That’s what happen in the 1930s, a bubble boom in the roaring 20s with credit expansion, financial assets, bubble stocks, and real estate. Everything crashes, and a lot of deleveraging of deck and wealth happens. So deflation is the most painful part of the cycle, just like a cold winter is, but long term it resets the economy, forces massive innovation, restructuring, rewards the best businesses, flushes out the bad ones, gets rid of a lot of debt that you don’t need any more that didn’t work, and a lot of businesses that failed. Now you’re in a much stronger position with lower costs, lower interest rates, all this sort of stuff to expand again. That’s what we did after the 1930s. In World War II, we had one of the greatest booms in history, with low inflation despite expansion. So we’re in that stage. We’ve been going into the winter season. Governments have been fighting it with quantitative easing. Now we’re going to have this crash and just reset, and it is going to be painful. It needs to happen. That’s what I’m saying. All I can do is help investors and businesses prepare for it and prosper, rather than see their network wiped out or their market share wiped out. If you’re strong, you’re going to do very well. Everybody else is going to get crashed for a while, and then we’ll go into another great boom with a whole another new set of technology.

Douglas Goldstein: How can people follow you, follow your work, and maybe learn some more of your ideas?

Harry Dent: We have a free daily newsletter through which people can get to know economy markets. Go to www.dentresearch.com and look for that, and of course we’ve got a whole array of products and services there as well.