What Are the Most Common Investment Mistakes That People Make? 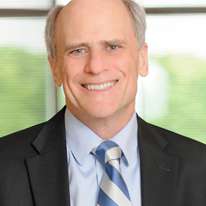 Are you guilty of making these common investment mistakes?

One common financial mistake people make is giving their adult children too much financial assistance. Doug discusses how much money you give your children, and should this be at the expense of your future retirement? Get tips on what to do if you think you are falling behind with saving for retirement

Larry Swedroe, Director of Research at Buckingham Asset Management, explains the most common problems that many investors face and suggests some practical solutions. What’s the most relevant information that you need to know?

Douglas Goldstein: I'm very happy to have, on The Goldstein on Gelt Show, Larry Swedroe. He is the Director of Research at Buckingham Asset Management and he's written over a dozen books about investing.

One of the things that I always try to cover, both in my writing and on the radio show, is looking at the real problems that investors have that they can solve. No one knows what's going to happen with the market, but I think people have a lot of difficulties when planning their finances. What would you say are some of the most common problems that you come across?

Common Problems That People Make When They Are Investing

Larry Swedroe: Let me start by saying that I’ve written a book called Investment Mistakes Even Smart People Make and How to Avoid Them. To answer your question, though, is that Number One is they should learn to ignore all forecasts because no one can really tell you where the market is going.

Number Two is they should learn to give up trying to beat the market because the odds of doing so are incredibly poor. Twenty years ago, about 20% of all actively managed mutual funds were generating statistically significant alpha, meaning outperforming by an amount that couldn't be considered large. As I present the case in my latest book The Incredible Shrinking Alpha, today that number is down to less than 2%, and that's even before the impact of taxes. You have a less than one in 50 chance today.

The third thing I would say is not to try to time the market. Warren Buffet says the same thing. The fourth thing is to avoid active funds and to make sure your costs are low. I highly recommend index funds or other, similar, possibly managed funds.

Douglas Goldstein: You talked about not timing the market, but when you look at something retrospectively it seems so obvious. People are saying, "Look at how oil is doing, or gold or the stock market, or the elections. Maybe I'll just get out now and get back in later," They really do feel that they can add a little value just from common wisdom. Why would you say common wisdom is so off?

Larry Swedroe: I wrote a book called Think, Act, and Invest like Warren Buffett. It goes into a lot of the details that I'll touch on briefly. Buffett himself has advised investors to never try to time the market because he knows there are no legends out there who are successful at it. The greatest regional fund manager of all time, Peter Lynch, was 100% invested all the time. The biggest mistake that investors make is that they confuse what I call information with value relevant information.

Larry Swedroe: Whenever somebody tells me that they want to get out of the market, I ask them for their reasons. I also ask them whether they are the only ones who have the same concerns. The answer is that even smart investors like Goldman Sachs, Morgan Stanley, and other hedge funds are fully aware of the same issues, meaning that prices already must fully reflect the best insights that everybody has. If these investors control 90% of the trading and they're setting prices so that the market would have to go lower because of those facts that you are convinced of, then the market would already be lower.

Unless you have information that nobody else has, it likely isn't true, and then it's too late to act on it. People also make the mistake of failing to engage in what is called “stage two thinking.” Stage one thinking is what most investors do. They look at the bad news, and then assume that the market must go down and they panic and sell out.

What Warren Buffett knows is that if there is any bad news, the government and the Central Bank won't just sit there on their hands and do nothing. The central banks are likely to cut interest rates. If that doesn't work, they'll cut them more, and if that doesn't work they’ll engage in a bond-buying program. Governments will cut taxes, engage in stimuli, and if you have faith in the capital system, which you must, or you shouldn't be investing in stocks period, the world technically doesn't come to an end and markets recover.

If you understand that, then you’ll avoid panic-selling. What most investors do is watch markets go down, they then panic and sell, and that leads to disastrous results. The average investor who invests in stocks, unfortunately, ends up with bond-like returns because of that in and out behavior.

Douglas Goldstein: There's always a little bit too much trading by a lot of the average investors. Larry, tell me more about stage one and stage two thinking.

Stage One Versus Stage Two Thinking

Larry Swedroe: That's a term that was coined by economist Thomas Sowell. Stage one thinking looks at the current situation and makes decisions based on that. Stage two thinking says, "Okay, this is the current situation, but what is the right way to happen?" No one knows exactly what will happen, but we do know that governments and central banks do not sit there and watch economies collapse.

Just think back to 2009 in March when things were darkest. Many people, including Nouriel Roubini, who came to be known as “Dr. Doom,” who was predicting that the S&P at 666 was headed for another drop at 50%, turned out to be wrong because all of the cumulative actions of governments eventually turned things around. We then had the greatest rallies since the Great Depression.

I know many people who got out in 2009 and have never gotten back in. If you sell and try to wait for the green light that will tell you it's safe to get back in, you will wait for a long time.  The markets never look like they're safe to invest in again. All you have to do is look back over the last six years when the markets have done quite well, and yet the news on the economies has certainly not been good at all. We've had bad news for a while: the worst post-war recovery in history, no country's GNP is doing really well, and we've had the U.S. lose its Triple equator rating, as well as the Greece fallouts. Add to that the Japanese earthquakes and the Middle East crises.

Douglas Goldstein: If someone wants to invest as a long-term investor in the market, is it better to buy a few big companies’ specific stocks, like Warren Buffett's company, Berkshire Hathaway, or just buy any stock?

Larry Swedroe: My advice is to never buy individual stocks unless you like buying lottery tickets for entertainment. What you want to do is build a globally diversified portfolio. I'd recommend multi-cut ratings all above 50% U.S., above 50% international, and of the international about a three to one ratio between developed and emerging markets. Use index funds as they give you broad diversification. Doing this also helps you avoid the idiosyncratic or unique risks of individual stocks. No one ever went broke investing in the market, but lots of people have lost fortunes investing in individual stocks.

Douglas Goldstein: Great advice right there.  Tell us how people can follow you and your work.

Larry Swedroe: I write regularly for two websites. One is called etf.com. I write there three times a week and once a week for mutualfunds.com. If you want to learn about my company, you can go to burkinghamstory.com and learn all about us.

Douglas Goldstein: Larry Swedroe, thanks for coming to the show.