What is the Best Way to Invest an Inheritance? 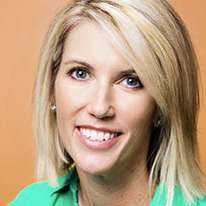 If you receive an inheritance, what is the best way to invest it – to pay off debt or put into savings? Follow a six-step plan for updating your portfolio to make the best use of an inheritance.

When deciding on specific investments, is academic research helpful?

According to Dana Anspach, CFP®, of Money Over 55, the answer is no. This is because often academics focus on a niche topic, whereas financial planners can see the complete picture.

Click here to find out why your investments must be different from those of your parents.

Dana Anspach, a Certified Financial Planner and author of several books on investing, discusses the relevance of academic research to financial planning and how much rules of thumb really apply to individual investors.

Douglas Goldstein: Dana Anspach is a certified financial planner with Sensible Money. She has written a number of books, is a writer with MarketWatch, and also appears on About.com. She teaches a great deal about retirement planning. She wrote an article on MarketWatch called, “Where Academia Fails in Real World Retirement.”

A lot of people like to quote academic research when they teach investors about how to invest, but you’re saying that there is some level of failure or problem in doing that. How come?

Dana Anspach: When you look at the academic research that’s out there, it uses assumptions. I mean, that’s all we have to use when we’re projecting the future, but a lot of those assumptions don’t apply when you get down to the individual level. A lot of the research will leave out things like the impact of taxes or the effect of inflation, or the effect of investment fees. So depending on how the research study was conducted, it may not take into account the real-life factors that each retiree has to deal with.

Douglas Goldstein: Why do you think they leave this stuff out?

Dana Anspach: I think the models just aren’t capable of incorporating all of the relevant factors at the same time. The academic scholarly types of people are focused on particular topics that they want to take a deep dive into, whereas we as financial planners have to look holistically at the client’s entire situation. A client may have accounts in IRAs and Roth IRAs and stocks outside, and we have to pull all of that together. An academic person looking at a particular niche topic doesn’t have to do that, and nor have they ever had to do that before. So I just don’t think they think the same way as someone who is working with a family and their household finances.

Douglas Goldstein: One of the things that a lot of people like to believe is that they’ll read some academic study and say, “Oh well, the stock market makes 10% or 12% a year.” All of a sudden, they assume that this is true in most cases. They don’t even realize the fact that most investors do less than half that on their investing, and it’s not because the academic studies are wrong. It’s just because the information that people are drawing from those studies doesn’t accurately depict what real life is like.

How Much Attention Should Individual Investors Pay to Rules of Thumb?

Douglas Goldstein: So how much attention do you think the individual investors should pay to academic research when putting together a long-term plan?

Dana Anspach: I think if you’re just starting out, the research can give you an overview of what to expect. For example, there is a 4% rule that says you can expect to dry out about 4% of your financial assets and retirement and reasonably think that the money would last 30 years. So you could say, “Alright, if I have $100,000, I could expect to draw about $4,000 a year out for every $100,000 of capital.” That’s a very general rule of thumb. What it doesn’t take into account is income taxes. Let’s say that the $100,000 is in an IRA or 401(k) plan. Depending on your tax bracket, a third of it, or even 40% or up to 50% of that may have to go right away to pay income taxes when you draw it out. So that $4,000 may only deliver $2,000 of cash flow. So that’s a differentiation between using that broad rule of thumb as a big picture starting place and then figuring out, “Wait a second, how does that actually apply to my situation and what types of accounts I have?”

Douglas Goldstein: So it sounds like you’re against using rules of thumb.

Dana Anspach: I’m against them on an individual level, yes. I do think they provide valuable information from a very big picture standpoint.

Douglas Goldstein: So as starting point, you mentioned the 4% rule. One of the other common ones that people like to talk about is the percentage of your portfolio that you should have in fixed income. They say it should match your age. So someone who is 60 would have a 60% allocation to fixed income and 40% to equities or stocks. Does that type of thing ring true to you, or do you say, “Throw that out the window and you need a real plan?”

Dana Anspach: I would say to throw that out the window. I’ve seen these rules, and they have done studies that take that 100 minus your age allocation rule and then they match that up against what’s called the standard 60-40 - 60% stocks and 40% bonds rebalanced. Then they will compare that against something where you are creating what’s called a rising equity glide path, where you actually start with a little bit more in stocks or a little bit more in bonds. Then as you age, you may end up with more in stocks. Depending on market conditions, each approach performs differently, but some approaches do provide more certainty, and that’s what you want in retirement. You need to know that even if you get the worst market conditions, you’re still going to be okay, and some approaches aren’t designed for that. They work well in good market conditions, but they don’t work as well in poor ones.

Why Do Some People Ignore Their Wills or Financial Plans?

Douglas Goldstein: One of the issues that a lot of people have is taking care of their will. They’ll write their will, but they won’t sign it. Similarly, they prepare a financial plan but they don’t follow it or follow up with it. Do you think that people tend to ignore these plans after they make them?

Dana Anspach: One: if they’ve made one to start with, at least they’ve done that, because so many people don’t. It’s not a one-time event. Planning is an ongoing process. I’ve heard the analogy of flying from New York City to LA. The plane is rarely actually on course. It’s a series of course corrections, and financial planning works in exactly the same way. You draw out a general outline of how much you’re going to need to save and how much you can withdraw in retirement, but those numbers need to be refined each year based on changing tax rules, your changing spending needs, and life events that occur. Sometimes you’re forced to retire earlier or you have the opportunity to work a little longer. So it’s something that needs to be constantly refined and updated.

Douglas Goldstein: One of the areas a lot of people miss is that there are still a lot of taxes to be dealt with when they retire. What sort of tax considerations do you think people need to really think about?

Dana Anspach: The biggest tax consideration is that when you have a lot of money inside qualified retirement accounts, things like IRAs, 401(k)s, 403(b) plans, every dollar you take out shows up as taxable income on your tax return. Once you reach age 70½, you are required to take a minimum amount out each year, and the proportion you have to take out goes up each year that you get older. That can create a deferred tax bond where people don’t realize that once they have to start taking more and more out of those accounts, it has an impact on other areas of their tax return. For example, if they’re collecting Social Security, suddenly they are paying more taxes on their Social Security because of this other income that’s showing up on their tax return. When you look at all of that projected over a retiree’s life expectancy, sometimes there are things you can do in the early years of retirement between age 60 and 70, such as Roth IRA conversions or drying out of IRA accounts earlier rather than waiting until 70, which can have a positive impact. People don’t look at that. They just look at “how can I save the most this year,” which sometimes hurts you over the long term.

Douglas Goldstein: You mentioned taxation on Social security. Can you explain how that works?

Dana Anspach: There’s a complex formula that is used, but up to 85% of your Social Security benefits can be taxed and it depends on what other sources of income show up on your tax return. So if you have a lot of other income and your other income exceeds some basic threshold amounts, which are about $24,000 of other income for singles and about $32,000 for marrieds, anywhere from 0 to 85% of your Social Security can be taxed, and it’s a formula that determines the final amount. So some people might only pay tax on 10% of the benefits received, some on 50%, and some on 75%. Most people who have pension income or large IRA withdrawals are going to see that up to 85% of their Social Security is taxable.

Dana Anspach: The best way would be to do a Google search for Money over 55. So I write for About.com as their Money over 55 expert.If you just search on that phrase, you’ll find a lot of my content and a free weekly newsletter that you can sign up for.