How to Avoid Mistakes When Trying to Save Money 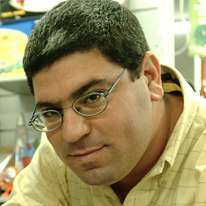 Trying to save money is never easy, but you can save more when you avoid common mistakes. Professor Ofer Azar of Ben-Gurion University explains what the most frequent money mistakes are. Find out why people scramble to save on smaller purchases rather than to save larger sums on bigger ticket purchases.

Should you invest in your home country or abroad?

While it might seem best to invest in your home country because you are familiar with it, investing abroad and geographic diversification may be more profitable. Douglas Goldstein, CFP®, explains what may be the easiest way to invest internationally.

To read the article quoted on the show, click here.

Professor Ofer Azar of Ben-Gurion University talks about the mistakes that people make when trying to save money on their purchases and explains the concept of relative thinking. Why do people often spend more time on trying to save $10 on a small purchase than on trying to save several thousand dollars on more significant transactions?

Douglas Goldstein: I'm very excited to have Professor Ofer Azar on The Goldstein on Gelt Show. He got his PhD at Northwestern University in the United States, but is now teaching behavioral finance at Ben-Gurion University.

Professor, a lot of times, when people are doing badly financially, it’s not because the markets are bad or because prices are high. It’s because they manage things poorly, for example, how they buy stuff. They make all these mistakes when they're trying to buy things more cheaply. How do you see that? What are some of the mistakes that people make?

Mistakes That People Make When They Buy Things

Professor Ofer Azar: The common mistake is that they look at prices relative to other prices. They look at the price differences in relative terms instead of looking at the absolute differences. This typically results in one of two types of mistakes. When people buy something cheap, they might spend a lot of time to save just a little bit, because in percentages it looks significant. If you want to buy a pen, you might spend a lot of time trying to save just $1 because it’s 50% less. But probably the worst mistake is when you buy a car or build a house, and you easily spend a lot of money on things that you wouldn’t normally spend it on if you didn’t look enough for a cheaper price. In percentages, it looks like a small percentage saving but in fact it’s a lot of money.

Douglas Goldstein: You are saying that the amount of dollars that someone might save might be so little. If he goes to a restaurant and they say “50% off,” he says, “Great.” So instead of paying $10 for the meal, he’ll only pay $5 and it might have taken him a long time to find that deal. However, if he’s buying a car he won’t spend the same amount of time trying to get some commensurate level of savings. Is that the issue?

Douglas Goldstein: Would you say that there is some logic to that? If someone is going to invest $100,000 in a portfolio of stocks and bonds, does it really pay if he’s trying to save $30 here or there? Over the long term, I'm hoping this is going to grow by tens of thousands of dollars. It’s not worth trying to figure out how I can get this for a penny less or a little bit less than it’s showing right now.

Professor Ofer Azar: I didn’t study investing behavior. In investments, often the percentages are the right thing to consider, so it’s a little bit different.

Douglas Goldstein: At the end of the day, you're spending money to buy something. Why is there supposed to be a difference?

Professor Ofer Azar: The idea is that to save $10 you should make the same effort, regardless of the price of the item. You could think about applications of this in investing, maybe in terms of fixed fees, or if you have to make an effort to go to one branch rather than another branch that saves you some money. If you think about returns on a portfolio, then the percentages are very relevant because of its returns and earnings. Usually, you think about them relative to the investment amount; both the upside and the downside.

Douglas Goldstein: Why do people have this disconnect between how much time they should be investing to make a decision on a small purchase compared to a big purchase?

Professor Ofer Azar: It’s not entirely clear why people do it, but it seems to be something very natural. It might be that in many contexts it is reasonable. Then people get used to thinking about relative terms and they don’t realize the situations in which this no longer makes sense. They keep following the behavior that makes sense in other cases. When it’s no longer rational or beneficial to follow it, this leads them to the behavior of not making enough effort to save money when they’re making big purchases. The percentage discount seems small despite the amount being large. On the other hand, when buying something cheap, you may make too much effort to save and then realize that it’s not worth the time.

Douglas Goldstein: People make irrational decisions. Recently, I was speaking to a client who asked about the cost of getting a check book. He wanted to write checks off of his account and I explained that it would cost $25 a year. He said that he didn’t want that because he could get it for free at another company. All he needed to do was to deposit $100,000 and get free checking. I was surprised at that math. It’s funny how people will make a decision that seems so irrational, and even when you show them the numbers they don’t necessarily see this. Is there a difference in the way people make these decisions if they're wealthy or if they're not wealthy?

Are Decisions Made Differently Depending on Income?

Professor Ofer Azar: I didn’t look into the income of people. Also, I've been doing most of these experiments with students. I did one of my early experiments at Northwestern with the economics professors, and they probably earn much more than students. Yet they also show similar behavior. I looked at whether studying economics makes people a little bit more rational. I call it “relative thinking” and it seems that those who take many economics courses become a little bit better; they are still biased, but a little bit less.

Douglas Goldstein: You're saying that people who get a good economics education might be able to overcome some of these human biases a little better than someone who wasn’t educated?

Professor Ofer Azar: That’s how it looks like, yes. We took into account both whether they chose economics as a major and how many years they had already studied economics. When I take both of these into account, roughly speaking, this measures how much economics they have already been studying. You see a correlation that means that those who studied more economics courses are less affected by relative thinking when it should be avoided.

Professor Ofer Azar: They can visit www.oferazar.com. I post links to stuff that I've been doing and certainly try to update my CV, which shows the latest articles that have been published.

Douglas Goldstein: Thank you so much for taking the time today.