What You Need to Know about Personal Finance in Israel 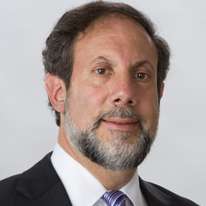 Comprehensive financial planning includes cash-flow, investments, and insurance. Are you properly insured? Doug answers a letter from a listener who asks about private insurance policies. How can you determine the most appropriate insurance policy, and make sure your pension plans are properly set up?

Don’t forget the legal implications of your financial planning and insurance decisions. Veteran lawyer Ely Rosenzveig explains the legal pitfalls of retirement planning, why women have different legal considerations from men, and what to consider if you are moving to Israel.


Watch The Legal Side of Financial Planning on YouTube.

If you are a U.S. citizen and planning on retiring to Israel, what do you need to know? Atty. Eli Rosenzveig, who specializes in elder law, explains the financial issues that may arise, including estate planning, claiming Social Security, and asset transfer.

Douglas Goldstein: Ely Rosenzveig has been a lawyer for 30 years. He specializes in elder law and he also helps clients with tax issues, such as dealing with the FBAR. Those of you living in Israel know that the FBAR is a nightmare for some and an opportunity to tell Uncle Sam about all your assets for others.

We talk a lot about the financial issues of retirement, but there are a lot of legal pitfalls that people come across when planning for retirement. What's the worst thing you've seen happen that maybe we could tell people not to do today?

Ely Rosenzveig: People just don't plan, and part of it is dealing or living in the present, in the moment. Part of it is that in doing retirement planning, you have to deal with the eventuality of death and as you plan for yourself and for your heirs, that's an uncomfortable subject that people subconsciously avoid. You have to get over that emotional hurdle and confront the issue constructively because failing to do so hurts you and also your heirs. Another common pitfall is that people do not do "advance directives." That's fancy legalese for documents like the financial affairs proxy, which we call in the U.S. "the power of attorney," or a proxy for healthcare decision making, which we call a "healthcare proxy." In Israel, of course, the equivalent is the Yifui Koach, and I've dealt with so many situations over the years where people have failed to make or execute these relatively simple and inexpensive advance directive documents, designating individuals to stand in their stead as their proxies or agents for health care and financial decision-making. When that happens, when they don't do this and health issues intervene that render the person unable to make financial or healthcare decisions on their own, and there is no advance directive in place, guardianship would likely have to be authorized by a court of law. That's an awfully expensive and emotionally draining experience to go through in the courts.

Douglas Goldstein: Can you give me a real-life example of what you saw when someone didn't plan ahead, and what was the downfall?

Ely Rosenzveig: The downfall was that a guardianship had what we call in New York "an article 81." A guardianship had to be prosecuted, had to be forwarded on that person's behalf, and it was contested by an heir, by a child, a daughter in Florida. Because it was contested, you had a mini-war in the courtroom. When all was said and done, we prevailed and got the guardianship in place, but it cost every bit of $100,000 and legal fees. That's a pretty bad, and yet good example of what can happen if you don't do the proper planning.

Douglas Goldstein: One of the other areas that we see a lot in terms of financial planning for people is that because women often outlive their husbands, they have special needs in terms of finances. Is it similar in terms of planning on the legal side for women, who statistically will live longer than men?

Ely Rosenzveig: They certainly do. The Social Security administration put out statistics just recently, suggesting that a woman who turns 65 today is expected to live to nearly 87, I think 86.6 years, and a man until 84.3. So that's a difference of a little more than two years between men and women. A woman does typically outlive a man, as we all know, and what that means as a practical matter, from a legal perspective, is that a woman must make sure that she has alternatives to her husband on these advance directive instruments that we mentioned. So she needs to have a power of attorney agent or proxy, a healthcare proxy, and a state executor, mentioned as an alternative to her husband in these documents, so that in the event that she does outlive her husband there is someone in place who can help care for her needs. She must also have the right financial advisory and legal professionals in place to help her navigate the morass of issues that may arise when she finds herself bereft of her spouse and must move forward on her own. This sounds simple and easy, but it isn't, and most people don't do it, though they should really.

Douglas Goldstein: Let's turn to Americans who are moving to Israel. Are there different legal concerns that these people have, such as do they have to have a different will or have two wills? Are there other worries that they have regarding asset transfer and investing?

Ely Rosenzveig: I think asset transfer is a big issue. It's an issue that I'm asked quite literally daily. If a person has U.S. assets, assets stateside and assets in Israel, assets that are dollar-denominated in the States and that are in shekels here, and they want to transfer or convert dollars to shekels, they don't want to have to deal with all the expenses, fees, and charges, and conversion percentages the banks charge. So how do you navigate that? One thing to do as a practical matter, if the need is not large, is that nowadays you can actually use a credit card through your bank ATM. We do that at the Bank Leumi ATM in the center of Beit Shemesh, where we live. You could take this credit card at Chase through Citibank. Both have these features, and you can draw from the ATM a sum from a U.S.-based account, a dollar- denominated account, have it converted into shekels without any fees, charges or conversion percentages. You get the Shaar Hayatzig, the actual up-to-the-minute official conversion rate between the dollar and the shekel, reflected in the transaction without any fees whatsoever. That's for small transactions. If you have larger transactions, such as buying a home or you have to make a down-payment on a home or a car, that's a large transaction. For this, you need to convert $25,000 or $100,000, whatever the sum, a larger sum than the $2500 to $5000 a day that you can do by credit card at the ATM. In that event, what I recommend, just from my experience, which is pretty substantial, is that you work through a legitimate Forex, transfer agency, and there are many in Israel.

Douglas Goldstein: And you feel comfortable with working with them, even though they are not banks?

Ely Rosenzveig: The legitimate Forex transfer agencies are just that. They're legitimate, they're credible, they're as credible as banks in my judgment, and you can transfer or convert dollars, large sums of dollars, to shekels. There is a fee involved, but it is a fraction of what you will incur at any bank and that certainly is a very good option for asset transfers.

Douglas Goldstein: Let's wrap up by talking about the question of wills, because this is something that comes across my desk a lot. People say, "Doug, I have a U.S. brokerage account or IRA account that you deal with, and I also have my home in Israel, as well as some accounts here. Do I need to have two wills?" What do you answer when people ask you that question?

Ely Rosenzveig: I know this sounds like a roundabout answer, but if you will allow me a moment, I'll just lay the groundwork because it's not a simple question. A key issue that bears on the answer to your question of whether one should have a U.S. will and alongside it an Israel will, has to do with what types of accounts one has, how their assets are structured both in Israel and abroad. So, for example, and most specifically, joint tenancy rules work very differently here in Israel than in the States. For example, a bank account or a house joint ownership usually works in the U.S. by operation of law as what we call a "joint tenancy with right of survivorship," which means that the survivor keeps the account or the house after the other joint holder passes. In Israel, joint tenancy does not work that way. Joint tenancy means that upon death of the one joint holder, the account or house held jointly is divided as follows: The surviving joint holder keeps one half and the children get the other. That may not be the way that the joint holders really want the asset to pass, and in the event that there are assets held jointly in Israel and in the U.S., and you have dollar-denominated assets in the States, shekel- denominated assets here, again where you're holding assets jointly in both here and abroad, I would recommend that there be a U.S. will and an Israel will, the U.S. will addressing itself to U.S.-based assets and the Israel will addressing itself to Israel-based assets, and alongside that advanced directives, as well, in both jurisdictions.

Douglas Goldstein: How can people learn more about your work and follow you?

Ely Rosenzveig: My website is ejrosenlaw.com. I can be reached by phone in Beit Shemesh, and I have offices in Jerusalem and Tel Aviv, as well. My Beit Shemesh number is 02-645-7067. My direct line in the States is 914-816-2901, and we have offices in downtown White Plains at 50 Main Street.