Should You Increase Portfolio Risk to Maximize Returns? 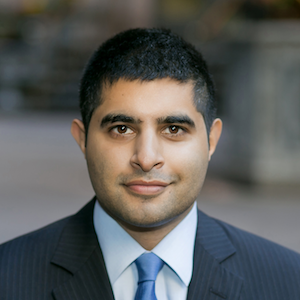 Should investors increase portfolio risk and always look for the highest yielding products?

Every investment has risk – the question is what level of risk is best for you.

Smart money decisions are based on your personal tolerance for risk, and having a conservative view on investing is not necessarily a bad thing. Sometimes it may be wise to increase your portfolio risk in order to make more money, but more frequently than not, Doug advises clients against needlessly increasing risk in their portfolios.

Doug encourages investors to be sure they are comfortable with their investment decisions.

Conservative investors may find that consulting a brokerage firm before purchasing “safe” investments like CDs (certificate of deposits) can help them.

An advantage of buying CDs is that they are FDIC insured up to $250,000. But what happens if you want to own more than $250K worth of CDs? Can you still be insured? Listen to the podcast to learn how you can buy more CDs and possibly get better returns. [Learn about how deposit insurance works at www.fdic.gov.]

If you don’t feel good about your investments, it’s a sign that they aren’t the right investments for you.

Ever wonder about the origin of money?

Kabir Sehgal, author of the New York Time’s bestseller, Coined: The Rich Life of Money and How Its History has Shaped Us. Kabir studies the history of currency and how societies affect their country’s financial situation. He defines what money really is, and discusses why the future of traditional money is pretty secure. No need to trade in your cash for bitcoins!

To find more about Kabir’s book, Coined: The Rich Life of Money and How Its History has Shaped Us visit his website www.kabir.cc.


Watch Should You Increase Portfolio Risk to Maximize Returns? on YouTube.

Douglas Goldstein interviews Kabir Sehgal, who wrote Coined, a fascinating book that talks about the history of money and how it shapes the lives of humans. Kabir shares his thoughts on Bitcoin and why some people are excited about it.

Douglas Goldstein: I’m very excited to have on, The Goldstein on Gelt Show, New York Times bestselling author, Kabir Sehgal. He wrote a fascinating book called Coined: The Rich Life of Money and How Its History Has Shaped Us. Kabir, I know a lot of people are looking to collect a lot of money. Is it true that the history of money has changed the way society works?

Kabir Sehgal: Doug, it’s great to be here. Yes, money and human experience are interlinked. Because when you boil it down, money gives us the calories that we need to survive.

What I mean by that is when I started researching for my book Coined, I went to the Galápagos Islands to look at how money was created.

I know that might seem a little bizarre, but remember that’s where Charles Darwin was inspired to come up with his theory of evolution by natural selection. Across the Galápagos, I saw how different organisms trade or how they exchange energy.

The first currency of the natural world is energy. The first types of currencies that were invented in human history were things that we could eat: salts, meats, and barley, and things that can be traded.

Eventually, when the brain expanded, we started to think tactically about how we can save money; how we can hoard the money.

Douglas Goldstein: I love that definition, the calories that we need. It’s interesting you’re talking about money as a symbol because in my day job as a financial advisor, I deal with things like stocks and bonds.

When you try to explain this to people, especially a stock, you say, “Well, you’re going to own a share of a company. And if the company does well, the stock is going to go up in value.”

It’s often funny when I explain it to kids, but I know that grownups are thinking this too. They’re like, “What do you mean? I don’t own the company!”

There Is No Such Thing As Real Money

Kabir Sehgal: There is no such thing as real money. Sorry to put it that way. Milton Friedman probably said it best. He said, “Whatever the society agrees to be money, shall be money.”

Meaning that whether it’s gold or whether it’s paper money, society has to believe that that’s money. That’s where the confidence comes in, in money.

There is no intrinsic value to the U.S. dollar. I wouldn’t even say for gold. It’s like there is no purpose of gold other than in ornamentation. Warren Buffett puts it humorously, that we dig up holes in Africa and mine the gold, then we put the gold into other holes in our vaults. We just move it from one hole to the other.

Douglas Goldstein: Then we pay people to guard it, right?

Kabir Sehgal: Yes. We pay people to guard it. Money is a confidence game. We need to have conviction in our institutions and institutions that back it. That’s what interesting about it, that it made us human and it made us modern. It’s something that we all have agreed upon.

That’s when you have a monetary crisis or an economic crisis. You look at what is happening in the European industry right now.

The euro has been under duress during the time when the institutions have been under duress. Right now, you can say that money trades as a barometer of the underlying currencies that issue it.

Kabir Sehgal: Mayer Rothschild, a great patron, and a patron saint if you will, and the founder of Rothschild dynasty, said, to paraphrase, “I don’t care who makes the rules, as long as I make the money.”

It’s a thing where I’ve looked at 5,000 eras of human history as it relates to money. The one thing I’ve found is that the government always wants to be in charge of making money.

If there’s ever a threat, the government will then usurp that. It will take over and say, “No, we’re going to be in charge of making the money. These side currencies are not going to function as currency.”

Bitcoin is interesting because Bitcoin is not really … I mean it is a currency, but it’s not a currency. What do I mean by that? I don’t foresee that you’ll be going to Starbucks and buying your cappuccino or Frappuccino with a Bitcoin anytime soon. It just doesn’t make any sense to the end customer, because it doesn’t save the customer that much more money.

Where Bitcoin makes a lot more sense is in its use as a file transfer protocol. I’ll give you an example. Let’s say I wanted to sell you my car and I wanted to trade you that car. The key to open the car was on my mobile phone.

Using the Bitcoin block chain protocol - I don’t want to get too technological - I can then transfer for you the file or transfer you the key to the car on my mobile phone. I could do a secure transaction without a middle party or a broker in between.

If I wanted to send you an MP3 or a PDF, how do I actually send you that file, transfer it to you without retaining a copy for myself? Using the block chain protocol, you can start to transfer things, not just send copies of things.

That can now disintermediate middle parties, brokers. Could I sell you a stock without a broker? Could I transfer you a deed to a house without a middle party?

This is where Bitcoin gets interesting, because now it’s not so much seen as a currency. It’s seen as a file-transferring technology.

That’s why the computer scientists are so excited about it. They are really two camps; they are the financial community that are all excited about the monetary use of it. I just don’t foresee that to be a huge use case in the short run, even long run.

The computer science people are excited because it solves a technological problem; how to actually to send the file. Using its technology solves that problem.

What is Bitcoin’s Technology?

Douglas Goldstein: Kabir, I’m a little curious about the “shaping of us”. In fact it’s interesting how you’re talking about Bitcoin and the model, that we all think it’s a coin or just another currency. Perhaps it’s not really. Perhaps it’s just a technology that’s going to allow us to securely move one thing of value from one person to another without a middle man.

Kabir Sehgal: Yeah. That’s right. Remember the Central Bank or the powers that be aren’t going to relinquish power all that easily. In fact, the Federal Reserve is looking into its own cryptocurrency technology. A lot of the big banks: JPMorgan, Bank of America, they are also looking into their own cryptocurrency.

Remember how money is invented, especially in America and throughout most of the world. There is an alliance between the Central Bank and major banks.

The major banks are allowed to take up or borrow money, essentially, from the government. The way the money gets injected into the economy is that the banks get to loan out money to their customers.

They big banks, in particular, have a monopoly with the government to print money and let it flow through the economy. This is known as “fractional reserve banking.” Anything that comes into threat, that challenges this, is likely to be monitored and pushed back.

There are historical examples. Back in 12th century times in China, during the time of Kublai Khan and Marco Polo, there was counterfeit money that was being circulated and people who counterfeited money were put to death, because it called into question the veracity of traditional money, of government money.

There has always been a lot of force that comes with the government saying, “Hey.” One of the things that has been a constant threat to governments around the world is counterfeiters and people who defy a monitoring system but it’s the one that makes governments push back on incessantly.

Douglas Goldstein: What you’ve said is very important because if someone can come in and shake the very foundation of the monetary system, they will be shaking the very foundation of the country, and therefore the governments will have a very strong interest in keeping it solid and keeping it true, which is why people worry so much about the possibility that someone is going to forge currency.

Kabir, it’s actually fascinating. You have so many stories about the history of money and you’ve put them into a book. We are just about out of time, but in the last few seconds, tell us, how can people follow you and follow your work?

Kabir Sehgal: They can find me on my website, www.kabir.cc, and you can find all the links to my book Coined mentioned there.

Douglas Goldstein: Kabir, thanks so much for taking the time.