Can an Ordinary Person Really Become a Millionaire? 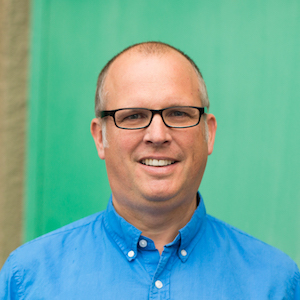 What does it take to become a millionaire? What financial choices do you have to make to get on the millionaire track?

Joe Saul Sehy, host of the award-winning podcast Stacking Benjamins, frequently works with millionaires and has learned some of their some secrets to success along the way. Joe breaks down common misconceptions about millionaires and shares insights as to how they earn their wealth.

What differentiates a millionaire from every other investor? What financial systems can put you on the millionaire track?

A good reason to buy bonds

It’s easy to say real money is made in the stock market. But educated investors know there are opportunities in the bond market. Doug compiled a list called Why Wealthy People Buy Bonds that outlines why investors add bonds to their portfolios. Download this free resource to learn why buying bonds may help your portfolio. To learn more about bonds in general, check out this free video.

Follow Joe Saul-Sehy on the Stacking Benjamins podcast, or sign up for his online courses Joe also co-hosts a podcast with Doug called The Money Tree Investing Podcast.

Watch Can an Ordinary Person Really Become a Millionaire? on YouTube.

Joe Saul-Sehy, host of award-winning podcast, stackingbenjamins.com, gives listeners tips on how they can get themselves on the millionaires track, and what it takes to be a millionaire.

What is the Trick to Becoming a Millionaire?

Joe Saul-Sehy: Actually what’s funny is that, yes, seven figures is someplace I know really well. But more than that, what people think it takes to become a millionaire is different than what it really is.

People think that millionaires have more discipline than the average person does. I have been working with lots of millionaires, during my financial planning career, and it’s not about discipline.

Millionaires like us to think it’s discipline, right? They like to think like, “Hey, you know what, I am a little bit cooler than you. I’ve got an extra comma in my net worth that you don’t all have. It is discipline; I am pretty much a great person.” But I think that’s a trick and that there’s something else going on.

Douglas Goldstein: Other than discipline, what else is it?

Joe Saul-Sehy: I think it’s about this, and this came directly from a wealthy client of mine several years ago, when I told her I thought she had incredible discipline. She looked at me, laughed and said, “No. You actually have to be able to do one thing, and that one thing is identify that you actually did something pretty damn cool.”

We all have these times in our life where we accidentally stumble on something that works. When we stumble on that, to have the ability to get out of the moment and go like, “Oh, that’s a really cool thing that I did.” Then replicate that, and create a system around it so that now you never have to identify it again, that is the key. You want an example?

Douglas Goldstein: I need something more specific. I am thinking like something cool you did that made you money; like marrying someone who’s wealthy. So can you replicate that? Is that your model?

Joe Saul-Sehy: No! Let me tell you one of them. I could tell you 20 of them, but here’s a good one. I sat down one time with a property casualty insurance agent. This is something I’ve never done, even though I’ve looked through my clients’ car insurance, or their homeowners’ insurance, and I show them how they should call their agent or the company and save money.

But this one agent, and I’ll just say this as an example. He said, “You know Joe, different agents in different companies like people in a certain age range.” When you have a birthday, that’s an opportunity for you to take a look at your insurance and see if maybe you’re no longer in the age range (the band) that the company that you’re with likes. You’re now on the wheelhouse of another company.

Very quickly, because now you have these options you can send it to one place and they’ll comparison-shop it 20 different places – places like Progressive is an example, when you send your insurance there, you may find that once a year, you save a bunch of money on your car insurance just because you had a birthday.

Now, I am busy on my birthday celebrating. But the day after my birthday, every year on my calendar is, “Send out my car insurance to the usual places I go. I’ve found that over the last 15 years of doing that, I’ve saved a lot of money on my homeowners, and car insurances by making tactical switches. I wouldn’t have done that had I not known that little trick.

Tools to Help You Keep Your Money Organized

Douglas Goldstein: You’ve got to watch for the details. You’re referring to it as looking at the little things you do and then finding ones that work, and doing more of that. One of the things that I’ve often felt, that I see in my most wealthy clients, the people who are most successful, who didn’t just inherit money, is they’re incredibly organized, they’ve got a system; whether it’s someone else who’s imposing this system, or they’ve built their own systems. Is that part of what you’ve seen as well?

Joe Saul-Sehy: Not really. I don’t see it as organization as much as I see it putting organization in your face. I am not a guy that anybody has ever called super organized, yet my net worth is nice. I use machines that help me stay organized.

I’ll give you an example. I use this cool thing called Clarity Money. I am not affiliated with Clarity Money, and I’ve got nothing to do with them. I used to use Mint, but it had so much stuff going on under the hood that I found I wasn’t using it. Yet I turn on Clarity Money, and right from the top of it, it tells me very quickly how much cash I have.

We just did some home improvements and I put all those on credit cards so I could get the points, right? Right now it shows that I have credit card debt which I never have. Then, as I look at my transaction register right below it, it tells me all the things that came out of my bank account. It also tells me how much money I spent over the last few days, which is $94.51.

I’ve got a better view of my money than a lot of people have just using that one simple tool. To save money, Cheryl and I are going on a trip to Germany next year, and I want to pay cash for that. I use another app that I am not affiliated with called Rize. What’s cool about Rize is you set a goal (“Germany”), and you tell it how much money you need to save per month to reach that goal and then how often you want to save toward that specific goal.

I like this system because it separates my Germany money from the money I am using for groceries. Most people don’t do that. Then number two, I get a decent interest rate on my money. But number three that I like that Rize does, they’ve got two cool little systems in there.

The other thing is, like Digit, it will automatically take a little extra out of my checking account, after it looks at my checking account and sees like, “Ah, you don’t need that extra money.” It then puts it in my Germany fund.

Douglas Goldstein: We’re talking to Joe Saul-Sehy, the host of The Stacking Benjamin award-winning podcast, and he’s been telling us things like, look at what to do that works, and do more of it, use some cool apps in order to help you get in the system of saving and spending more cleverly.

But at the beginning, I introduced you as the guy who could help us to get to be a millionaire. Tell me, are these tricks and tools and ideas what millionaires use? Or are these what people who are generally keeping themselves above water doing?

If I can automate all these little things in my life, and make sure that I don’t have to think about them, or worry about them, and I have a system that I’ve already designed, I can focus on, how do I operate my business so that I grow my net worth? How do I get that next raise at work so I raise my net worth?

I can focus my real energy on the big things that are really having an impact, instead of, am I saving $202 instead of $200 toward my Germany trip?

But the key is millionaires are able to devote all of their energy to that one thing. It’s funny, when I talk to millionaires - when I have millionaire clients and I look at even the systems that I use - I know that I use all of these little systems so that it frees up my time. I am taking advantage of these free dollars that most people let slip through their fingers Doug. A millionaire doesn’t let that happen.

Douglas Goldstein: It’s like delegating; a lot of times people say, “These guys who are super successful, how did they do it?” They delegate. They find other people to do the work, and they’re on top with the ideas.

What you’re pointing out is that today with technology, there is so much available that we can delegate to, just in terms of technology. To our phone, to help us oversee our banking, our investing and our goals. Although I would slightly disagree with your goal; I think you should plan a trip with Cheryl to Israel so that we can meet up together.

Douglas Goldstein: But that will wait for the next show. I know you have a ton more of this stuff to teach, but tell me Joe in the last few seconds, how can people learn more?

Joe Saul-Sehy: We do. We put together a course called The Millionaire’s Money Management System. The way I developed it was, when I was a financial planner, I would help people with their line items and their budget. I would always forget some of these little tricks. So I made a sheet of paper, and laminated it. Then I found more tricks and I put sticky notes. I’d use marker on it that I’d re-laminate and make it bigger.

What we do is give you three or four of them and then we stop but we have you automate them. If you go through this course, you just whip through it, and you don’t actually take this time to stop and automate all these little pieces like millionaires do, you’ll find that it’s incredible ways to make money.

But for people who are willing to do the homework, it’s stackingbenjamins.com/findben where we’re finding Benjamins. This is the place to go for The Millionaire’s Money Management System.

Douglas Goldstein: Okay. We will put a link to that at the show notes of today’s show. Joe Saul-Sehy, thanks so much for taking the time.

Joe Saul-Sehy: Thanks for having me Doug. I appreciate it.