Which Is Easier to Build: a Family Business or a Family Culture? 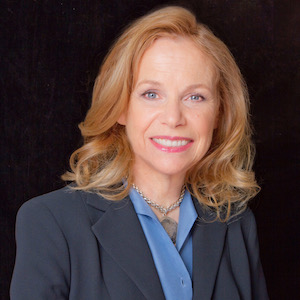 Many successful family businesses also have a strong family culture.

How are the two related, and how do you shape your family culture?

Mitzi Perdue grew up in one family business and married into another. Mitzi shares how her father, founder of Sheraton Hotel, created a strong foundation for his family and encouraged a positive family culture, and how she and her husband, Frank (think chicken!) built their own family culture.

She discusses both business and how to become a better family unit. The author of How to Make Your Family Business Last: Techniques, Advice, Checklists, and Resources for Keeping the Family Business in the Family, Mitzi explains how a strong family culture improves all forms of communication, but most importantly, makes having financial discussions easier.

What to do when you want to move your money overseas

Doug shares a listener letter. “Janet” wants to know the best way to move a few thousand dollars over to the U.S. Listen to the show to find out Doug’s answer. Hint, it has to do with a cross-border brokerage firm.

Doug addresses the problems with offshore mutual funds and offers detailed instructions on how to work with an American bank when you’re outside of the country. He even recommends his free resource Toolkit for Opening U.S. Brokerage Accounts from Overseas.

Learn more about Mitzi Perdue and family business by reading her books or visiting her website.

Watch Which Is Easier to Build: a Family Business or a Family Culture? on YouTube.

Mitzi Perdue, author and businesswoman, is the daughter of the late Ernest Henderson, a cofounder of Sheraton Hotels. She talks about the importance of family and how family tradition has been behind the success of her family’s business, a conglomerate that dates back to the 1800s.

Douglas Goldstein: I am very excited to have on The Goldstein on Gelt Show Mitzi Perdue. She’s an author, speaker, and businesswoman.

She is also perhaps well known because her husband, Frank Perdue, was the man who said, “It takes a tough man to make a tender chicken.” I certainly knew his name, and I also thought he looked a lot like my uncle as I grew up in New York.

Now, Mitzi, I know what you really teach about a lot is not just about business, but it’s really about developing a family culture to make sure that families are able to sustain themselves generation to generation, as you have. Can you give us a little background on this?

Mitzi Perdue: I’d love to share it. My father was the cofounder of Sheraton Hotels and also was in Tel Aviv for the opening of the Tel Aviv Sheraton.

The family business that was a forerunner of Sheraton was the Henderson Estate Company. We began in 1890, and we just celebrated our 127th reunion.

The Perdue family is about to celebrate its 100th anniversary, and for both families—there’s seventh generation and fifth generation—this didn’t come about by accident.

What Is the Secret behind That Success?

Douglas Goldstein: Interesting. What is the secret sauce?

Mitzi Perdue: The secret sauce is, and I do believe this will apply to everybody who’s listening to us, every family has a culture. But is it a culture that just came about by accident, or is it one that was designed?

Both the Perdue family and the Henderson family put enormous effort into teaching kids from a young age the values that will help them succeed as a family.

Just to give an example, kids have to learn, from a young age, the unselfish point of view of, “You can’t always be right. You have to be willing to compromise.” In both my families, we were taught how to resolve quarrels and how never to take a quarrel outside the family.

In the Henderson family, the phrase was, “We don’t wash our dirty linen in public.” I’ve got a story about that if it would interest our listeners.

Keep the Dirty Laundry at Home

This was put to a real test when my father died in 1967. Half the family wanted to keep Sheraton, and we wanted to. I was among those who wanted to do it because it was our identity and our father’s legacy. Nobody would ever care as much about the employees as we would. That was how half the family felt.

But the other half, very reasonably, said there were business reasons why we really should sell the company. This was because, at that point, large hotel chains needed partnerships with other large groups in order to get infusions of cash for updating the hotels.

The feelings were just white-hot on this because the people who held each view couldn’t have felt more strongly. But we’d held true to our culture, which is Hendersons don’t wash their dirty linen in public. We can argue in private, but when a decision was made, we closed ranks.

I think the outside world had no idea about the absolute tempest that was going on within the family. The reward for this was fantastic. We closed ranks when it was against the rules to hold a grudge. That made it possible that now, 50 years later, we’re still a tight, warm, loving, supporting family.

Douglas Goldstein: That is amazing. Mitzi, you’re giving us a rule, which is you shouldn’t quarrel outside the family.

This sounds like a fantastic rule, but how do you actually teach kids? Is it you line them up and you say, “Here, kids, these are the secrets to success, and this is what we do,” or is it another model?

Mitzi Perdue: I wish it were as easy as that. No. In fact, I will stipulate that it’s going to take time, effort, and probably money, but it’s a lot cheaper than the alternative, which is your family having lawsuits against each other.

There’s a lot known about the ways of instilling a culture in a family because there’s a lot of academic research on it. Plus, I can add to that a lifetime—I am 76 and proud of it—of observing families and learning what works and what doesn’t work.

Fortunately, both practical experience and academic research completely coincide. The first academic thing that I would love to share with everybody is the more you know your family stories, the higher functioning your family is.

By high functioning I mean the kids stay in school, they don’t get in trouble with the law, they don’t do drugs, and they don’t have babies before they’re adults.

Douglas Goldstein: Let’s define the phrase “know your family stories.” What is that referring to?

Mitzi Perdue: If you go to my website, I have a list of 19 questions that will determine whether you know your family stories or not. It’s a freebie. I guess you will give my website later.

But there’s a woman whom I just admire so much. Her name is Robyn Fivush, and she’s from Emory University in Atlanta, Georgia. She spent 20 years figuring out what makes a family high functioning and what doesn’t. The conclusion is: knowing your family stories.

The questionnaire is, do you know stories like how your parents met? What your parents studied in school? What their favorite sports were? Just things that show that you know where you came from.

To my mind, the questionnaire is sort of a proxy for how much time you spend with your family and how much your family interacts.

Douglas Goldstein: I know you’re talking as much about time as about having these conversations. It also sounds to me like people who are used to doing this, where talking is part of their culture, it’ll help them in many areas, not the least of which is personal finance.

Then when it comes time to talk about the budget, spending, shopping, or investing, people have tools to communicate. It’s not like, “Oh my gosh! I don’t even know how to talk to you.”

Family Hour with the Perdues

Mitzi Perdue: That brings me to something that my father did. He was a busy man who had more than 100 hotels and 22,000 employees, but every Sunday, he would take an hour for what he called “family hour.”

For family hour, he’d tell us stories about his family, he’d inform us how the stock market worked, what a bond was, or if it interested him that week, he’d talk about the new telescope he had just bought, and astronomy.

But he spent time with his children. There were five of us. What a blessing that was for us. My mother had something similar, although it wasn’t as formal and structured as what my father did. But she had what she called “recipes for living.”

Douglas Goldstein: That is great. That reminds me of many years ago, when my kids were little. I had actually seen a motorcycle accident. I came out from work and I was quite disturbed and I said, “Kids, I want to tell you, one of my secrets to success is don’t ride a motorcycle.”

One of the kids wrote it down on a piece of paper, and we hung it up in the kitchen. Then, every so often, I would come up with another secret to success. Things like, “Be nice,” or “Listen to other people.” Then I would tell them the story of what happened to me that day, and we’d have a secret to success.

My kids are married, in the army, or in college already. But to this day, that list is still there, and when guests come over, they go, “Oh, wow, those are really good ideas.” So I like your mother’s title too, “recipes for living.”

Mitzi Perdue: I just love what you’re doing because one of the secrets, I believe, to the success of families is traditions. Traditions are the lifeblood of their identity. What you gave your kids with those sayings helped them with their identity, and it will help them be functioning people. I love it.

Douglas Goldstein: That’s fantastic. Mitzi, I know that you have a lot of great ideas. Unfortunately, we are just about out of time, but I’d like to tell everyone how they can find more about what you’re doing, your website, and your book. How do we find you?

Mitzi Perdue: I would love to welcome any of you to my website, mitziperdue.com. If you want to buy my book there, I’ll autograph it to you. Or, you can get How to Make Your Family Business Last at amazon.com.

Douglas Goldstein: Okay. Mitzi Perdue, thanks so much for joining us.

Mitzi Perdue: What a joy to be with you all.