What Is the Best Way to Get Out of Debt? 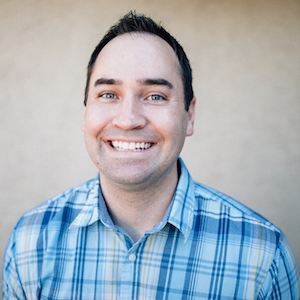 If you want to get out of debt, should you pay off your smallest debts first or those with the highest interest rates?

Deacon Hayes, debt expert, joins the show to discuss how to build wealth when you are in debt. He share his personal experience and presents the steps he took that enabled him to get out of debt. Deacon’s proven debt reduction approach may surprise you.

Budgets do not have to be strict or complex, says Deacon. A simplified process is more likely to lead to financial discipline. Learn about of the cash envelope system and a one-sheet financial picture to reach your main financial goals.

Should you wait before buying bonds?

In the current low-interest-rate environment, Doug advises when you should consider buying bonds.

Doug discusses alternatives to buying a 20-year bond and locking in low rates. Consider implementing bond laddering, an investment strategy that can provide predictable payments on a monthly basis throughout your retirement.

To learn more about Deacon Hayes, visit his website.

If you’re not already receiving updates on new episodes, sign up now, and as a special bonus, and receive Doug’s free ebook The Retirement Planning Book.

Watch What Is the Best Way to Get Out of Debt? on YouTube.

How do you go from having $52,000 in debt, to teaching people how to get out of debt, after successfully doing so yourself? In this interview, Deacon Hayes shares his inspiring story.

Douglas Goldstein: I'm very excited to have on The Goldstein on Gelt Show, Deacon Hayes, who is a personal finance expert.

He's been written up all over the place, like U.S. News and World Report, and YAHOO! Finance. I was even once a guest on his show, talking about my book, Rich as a King.

Deacon, I'm really happy to have you here because I want to understand the mindset of people who get so deep in debt.

Now that you're not that deep in debt, I feel that I can ask you. What did you do to get you so far underground?

How Did Deacon Hayes Get into so Much Debt in the First Place?

Deacon Hayes: It was from average, everyday decisions. I needed a car. My boss said, “Hey, you're taking around luxury clients. You need to get a nice respectable car.”

Oh, let's go to college. By the way, I've got a lot of downtime. I could work, but I'd rather not work. So I’m going to get student loans.

All those decisions, compounding over time, totaled up that $52,000.

Douglas Goldstein: You get yourself deep into debt little by little, is the way you're describing. It's not like all of a sudden.

You're saying that's not necessarily the case. It can sneak up on you.

Deacon Hayes: Absolutely. It could accumulate over time, one decision after the next. Then it compounds, just like interest does for us when we invest, but in the way that we don't want it to when it comes to debt.

Douglas Goldstein: Why do you think that debt is such a bad thing?

Why Is Debt Such a Bad Thing?

Deacon Hayes: I think that what it does is it sets us backwards. When I looked at my wife and I, we were in our mid-20s and we had a negative net worth.

I thought, “Wow, this is where we're starting life from. Now we have to unwind all of that debt just so we can get in the positive and then start moving forward.”

It ate away at our cash flow. We didn't have money every month to do the things that we wanted to do: to travel, to give, to invest, to get a house and a condo.

The debt was a limiting factor on the decisions that we made on a daily basis.

Douglas Goldstein: What about the people who say, “I'd like to have a mortgage because then I can free up more money for long-term investing”?

They point out that, for example, today rates are pretty low. You can get a 25 or 30-year fixed-rate mortgage. Thereafter you can put all that money aside, that you are not putting into your house, and invest it in things like the stock market.

They say over time, it's a much better investment. Does that make sense to you?

There Are No Guarantees in the Stock Market

Deacon Hayes: It used to be the way that I thought. But the challenge is that nothing is guaranteed, especially when it comes to the stock market.

I had invested in two properties in the United States and we had the great recession. Each one of those properties was like 50-60% below what I paid for it.

My investments went down. Nothing's guaranteed. For me, paying off a debt is a guaranteed return. You no longer have to pay the 4% or 6%, or if it's credit card interest, 20% to a lender.

You now have that money that you can put towards your own investing strategy. Instead of trying to do that arbitrage of ‘I'm borrowing 4% and I'm making 10%,’ you're just making 10% and not paying anybody anything.

Now, have people been successful doing that? Sure, but I would say I'm more conservative when it comes to finances. My wife wants security and so paying off debt is definitely a priority for us.

Is Buying Property and Renting It out a Good Idea?

Douglas Goldstein: Deacon, I'm glad you brought up this point about buying properties. Probably one of the most common pitches that I get of people who want to be a guest on my show is they say, “I figured out a system. I have a great system for making money in properties. You buy a property. You finance it from the bank and fix it up. You get a renter in the property. The rent that he pays you pays your mortgage. Before you know it, you own the house free and clear and you're paid a lot of money.”

I'm sure that you've seen these sorts of ads all the time; people who want to push this product.

Of course, I always wonder why they are so desperate to be on my show if this is such a good idea. But let's put that to the side.

Why do you think that it’s such a bad idea? Because when they paint the picture, it sounds like its all-golden.

Deacon Hayes: I've had the fortunate and unfortunate first-hand experience of doing this. The things that they don't tell you are the costs that are involved.

All of those costs add up. The vacancy rate - you can't find a tenant because of whatever reason. Or you select a tenant, but that tenant, you didn't know had some sort of problem, and they punch holes in the wall, or they have kids and the kids use markers.

This is all stuff that happened to me in a short period of time. If you have multiple properties, you can exponentially see where the costs and the challenges come along.

Have people been successful with it? Absolutely. But is it this get-rich-quick easy strategy that's getting pitched? I don't believe so.

Tips to Help You Avoid Debt

Deacon Hayes: Yes. One of the things that were really helpful for us was doing the cash envelope system. Putting limits around what we could spend in different categories. What I found is there are only three or four categories that people overspend on, on a consistent basis. It's going to be entertainment. It's going to be food. It's going to be miscellaneous and then it could be something else.

Whatever someone's individual situation is.

Having an envelope system where you say, “Okay, I'm going to put $200 in this envelope or $300 and that's all I have for this month for that category.”

I don’t know about you, but for me, when you’re using credit cards or things like that for those type of variable expenses, you don't think about the cost.

You do that over a period of time, and that just eats away at the resources that you have to achieve your financial goals. That was very helpful.

Then definitely having a budget, which seems very basic, but having a piece of paper where everything is on one sheet.

You can see very clearly that this is your financial picture. It’s something that we review on a regular basis to make sure that we're on track, and we're achieving our financial goals.

Douglas Goldstein: Do you think that people who on a monthly basis earn more than they spend, need to keep a budget and keep track of all of their spending?

Because they'll just say, “Listen, I'm not overspending so I'm okay. Why do I need to deal with these details, which quite frankly can get to be a little bit annoying or depressing?”

Using Metrics to Track Your Spending

Deacon Hayes: Here's something that I've adapted over the years. When your income rises and you consistently make more than you spend, you've got to have some sort of metric.

If you're not necessarily tracking every penny, you've got to have some metric that you track.

It would be one of those; investing, savings, kids' college, paying off debt, whatever it is, and then regularly checking in on that metric.

That way you could know without a doubt that, “Hey, I'm still true to my financial goals even though I'm not setting a strict budget and looking at the cash flow every month.”

Douglas Goldstein: I know that you teach people a lot about getting out of debt. One of the terms that you've often used is the debt snowball. How does that work?

What Is the Debt Snowball?

Deacon Hayes: The debt snowball is where you list your debt, smallest to largest, regardless of the interest rate.

That's what we used to pay off $52,000 in 18 months. It was so helpful because you feel those victories so early on that it keeps the wind in your sails. It keeps you moving forward.

A lot of times people will say, “Should you do the interest rate first? The highest interest rate because you pay the least amount in debt.” What I found is if you pay off the smallest debt first, it’s the most effective because you get those victories and keep going.

That's what was effective for me, and I've taught hundreds of other people, and they've had that similar success as well.

Douglas Goldstein: That sounds great. Deacon, we are just about out of time. I know you have taught a lot of people and I'd like to let our listeners find a way to learn more from you.

Deacon Hayes: The best way is to get to wellkeptwallet.com. I’m also on Twitter. @deaconhayes is the Twitter handle.

Douglas Goldstein: Okay. Deacon Hayes, thanks so much for taking the time.

Deacon Hayes: Yes. Thanks for having me on the show.