Align Your Spending Habits and Investments with Your Values 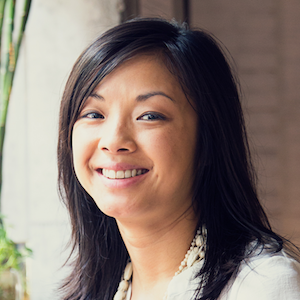 Do your spending habits and investments align with your values?

In other words, what do want your money to do for you? Do your habits, practices, and investments reflect that?

Sarah Li-Cain, a financial storyteller for High Fiving Dollars explains the importance of knowing what you value as an investor. Sarah and Doug discuss how to identify your values and how to be mindful about what you do with your money. If your spending habits and investments don’t help you meet your goals, then a realignment is in order.

What should you do if you inherit money from the United States?

If you find yourself at the receiving of an inheritance, what should you do next? If you inherit money from America, there are different consideration than receiving an Israeli inheritance. An inheritor of American investments (especially a beneficiary of an IRA) need to know what to do next. Doug has some questions to ask your cross-border financial advisor to avoid unnecessary taxes and overall general headaches.

To learn more about Sarah Li-Cain visit her new site, www.beyondthedollar.co, or follow her on Instagram @BeyondTheDollar.

If you’re not already receiving updates on new episodes, sign up now, and as a special bonus, receive Doug’s free ebook The Retirement Planning Book

Watch Align Your Spending Habits and Investments with Your Values on YouTube.

Many people want money, but they all want it for different reasons. But one thing that is key is good financial hygiene. Sarah Li Cain, author at highfivingdollars.com, expounds on this.

Douglas Goldstein: I’m very excited to have on, The Goldstein on Gelt Show, Sarah Li Cain, who is a financial storyteller over at highfivingdollars.com. Sarah, I know one of the things that you like to talk about is how people sometimes look at money the wrong way.

I find in my business as a financial advisor that sometimes people have their values a little bit messed up when it comes to money, spending, and savings. What are some of the things that people can do to align themselves with good financial hygiene?

How Do You Develop Good Financial Hygiene?

For example, let’s say you value health and you want to buy healthy foods, but you end up spending all your money at McDonalds.

Then you’re not really aligning your spending with your values, so that’s something that you have to consider and think about; whether or not health is important to you. Either that, or you find a way to stop spending money at McDonalds in order to align with your values of health.

Douglas Goldstein: Right. Sometimes people say, especially when they’re speaking to their financial professionals, “Yes, all that’s good about values and not going to McDonalds and budgeting, but at the end of the day, I just want more money. That’s why I’m investing. That’s my value.” Do you think that’s a real value?

Sarah Li Cain: I think you have to dig a little bit deeper because most of us want money. I want more money, you probably want more money, but the reasons why we want the money is different.

I’m not going to assume what you want it for, but for me it’s for travel, it’s definitely to make sure my son’s taken care of, and all that stuff.

For some other people, it could be a completely different thing. Again, really digging deeper into what’s the purpose of earning more money, and then going from there.

Douglas Goldstein: It’s very difficult for some people to think far ahead in the future, and to take into account that something may show up on your plate, even if it seems reasonable, like, “I need to buy a new car.” These include factors such as the need to buy a new car, versus planning your retirement, or saving for your retirement and all. How can you train yourself to be able to step out of your current thinking self into your future thinking self?

Training Your Current Self Into Your Future Thinking Self

Sarah Li Cain: One thing I really like to encourage people to do, and I’ve done it myself, is to automate some of the savings; you’re taking the decision-making process out of it. The decisions you have to make are like choosing between junk food and a really boring salad.

You’ll probably want to choose a sugary doughnut over the salad, because that’s what you’re really craving. If you eliminate, let’s say the doughnut, and you only eat the salad, then you’re going to get really fast-tracked to health.

It’s the same thing with investments. Can you take out $50 a month or however much, and automatically deposit it into an IRA or whatever retirement account? When you do that, you’re not thinking about it. You make the decision once, and it’s automatically done for you.

The less decision-making processes and the less chances you have of straying away from your goal is a really good way to start.

Douglas Goldstein: Sarah, in my day job as a financial advisor, I hear a lot of real life stories, and a lot of them relate to what we’re talking about, which is what you really value.

I find that people often rationalize their mistakes away. They make a poor decision, but they rationalize it. For example, they’ll buy a way too expensive car and then they’ll say, “That was a worthwhile purchase because I want to buy quality. I don’t want to buy a bad car or a dangerous car.”

I think you can do that with anything. How do you deal with that to make yourself stop making mistakes and rationalizing them?

The Correlation Between Spending and Emotional Needs

Sarah Li Cain: That’s a good point. I’m going to talk about clothes for a second. Some people really splurge on clothes, thinking that it’ll help them land a job promotion or look better at work, or whatever.

A lot of these are underlying emotional needs that you’re trying to fill. For some people, maybe they grew up very poor their entire lives, and they want to buy a fancy car to never feel like they’re ever poor again.

Or some people have low self-esteem, and so they’re obsessed with getting their nails done, as a way to make themselves feel worthy and attractive.

It’s not easy, but you have to be mindful about the times, and the days you’re purchasing, and even thinking about the emotions behind your spending. Were you stressed and then you bought something? Were you really happy and told yourself, “I deserve this.”? What were some of the things that were going on when you made the purchase? That will shine a light on the emotional side of the spending.

She’s retired now and this is all the money she’s ever going to have. I said, “Well, tell me about your investing history,” because I think that helps me to understand a client’s situation.

My ears perked up when I heard her say this, because that’s a real red flag if someone is likely to sell as soon as the market crashes. Then, maybe with the volatility of the market it’s not a good idea.

I asked her, “What would you do when it crashes again?” I think she was surprised that I said, “When it crashes,” because then she said, “Well, I would wait it out this time,” which was, I think, what she wanted me to hear.

I asked her, “Then what would you do?” She said, “Well, if it crashed and my portfolio went down, I would wait till it recovered and then I would sell.” I thought that was such a funny response because all you’re doing is suffering the bad side of the market, instead of benefiting from the long term.

What do you think it is that emotionally makes people not want to invest for the long-term, but rather time the market?

Why Do People Want To Time The Market?

Sarah Li Cain: I wish I could quote the study that we’ve done on this, but there is something about the idea of loss. We’re more adverse to loss than to gain. When somebody talks about possibly losing something, our emotions are more heightened. We make decisions based on something we might lose versus something we might gain.

For investing, and it happens to me as well, I have to think about the risk, not as a potential loss but what can I gain from that risk?

For a lot of people, they have to shift that thinking into, “Okay, if I’m investing to gain something, there’s going to be some sort of risk. Is there a way I can mitigate that risk in order to not feel so emotional about possible loses.”

Douglas Goldstein: How do you feel about losing? Would you be willing to take the risk of loss to make a little gain, or would you say, “I’m too afraid of losing. I can always work more and save, but I certainly wouldn’t want to watch my money get flashed down a market crash.”

Sarah Li Cain: If you asked me this three years ago, I would be one of those people that would just stick their money in a CD account or a bond and call it good. For a long time, I was really broke, and my main concern was having lots of money in the bank account, and that was it.

Any idea of loss was too much for me to handle, but now I have a different goal. I shifted my thinking into, “Yes, I can make more money.” There are so many opportunities to make more money.

If I lose something in the stock market, then there are ways for me to earn more. It took a while for me to shift that thinking, because I was so scared for a while to even invest, because of the idea of loss, that I never invested for a long, long time.

Sarah Li Cain: It wasn’t until I met my husband and we talked a lot about our money philosophies, that I really shifted that thinking.

I guess either way, this gets someone investing.

Douglas Goldstein: We’re just about out of time, but in the last few seconds, please tell us, how can people follow you and follow your work?

Douglas Goldstein: Great. Sarah Li Cain, thanks so much for your time.

Sarah Li Cain: Thank you for having me.